Late last night after leaving my friends’ home, I decided to get something to drink,so I was gonna go get something at my local convenience store when I remembered something,that not only was McDonald’s bringing back the Shamrock Shake, but they were debuting a version of it with chocolate in it.

Now,I reviewed the Shamrock Shake back in 2011 after not having one for as far back as I care to even remember and now that they came out with one with chocolate in it, I had to go and try it. So I went to my local McDonald’s and ordered one.

The Shamrock Shake is a minty vanilla shake with whipped cream and a cherry on top and if you’re into that sorta thing,you’re probably going to end up liking it. Now the one with chocolate has the same minty taste that the Shamrock Shake is known for,but with some chocolatey goodness infused with it. One might think it tastes like Mint Chocolate Chip ice cream,but I didn’t get that impression at all. It just tasted like a chocolate mint and not in the way that you might think (like the ice cream).

One thing I liked about it were the green sprinkles on the whipped cream, I thought they added a nice touch to the beverage as far as the presentation of it. Overall,I thought it was pretty good. I was hoping for more as far as the infusion of the chocolate and the mint, and maybe my taste buds were a little off because it was close to Midnight when I got it,but as a lover of the Shamrock Shake,this one is good enough to try. And it’s available for a limited time,prices may vary. 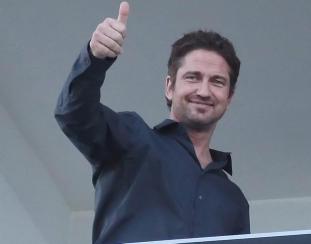