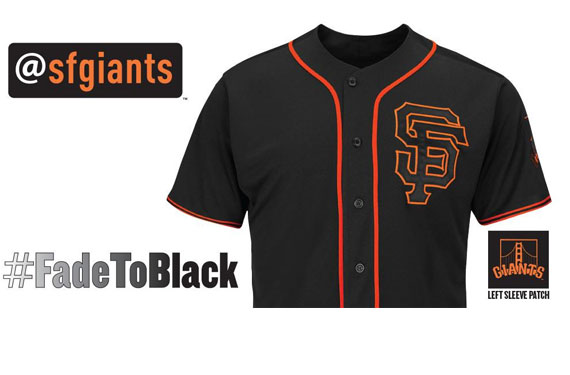 Last year,the Giants unveiled an updated orange alternate for those Orange Fridays we’ve all grown to love. Now the team is unveiling yet another jersey, a black home alternate. These jerseys were unveiled ahead of the team’s annual FanFest,which takes place today and are the first alternate jersey in black since the 2001 season.

The jersey will make it’s debut on May 2,which is “Metallica Day” at AT&T Park where the Giants will take on the Anaheim Angels.

While I hardly think a new jersey is anywhere near this team’s current priorities,I do like them,espcially the sleeve patch. I think fans so far like them as well,but I think they’d like some better free agents more than another jersey for the team to wear. How many do they need?