Let’s begin Odds & Ends this week with a question: Can the Washington Huskies finally get some respect?

The Huskies are 9-0 after beating Cal 66-27 after another outstanding performance by quarterback Jake Browning (from Folsom,Calif.). The sophomore signal caller threw six touchdowns,adding to his total of 34 for year,which is now a school record for touchdown passes in a season. After that kind of performance from Browning and the Huskies, one would think they would be in the conversation again as one of the four best teams in college football.

Unfortunately the playoff committee doesn’t seem to think so. They thought a Texas A&M team with one loss was more worthy of being in the first four when the first rankings were released last week. It’s also not a safe bet that Washington will get in this week with

Ohio State beating Nebraska soundly on Saturday. There’s always something keeping teams like Washington out of the picture,and that something usually comes from the Big 10 or the SEC. Something’s gotta give,am I right?

We’ll find out on Tuesday whether or not the Huskies finally get their due. 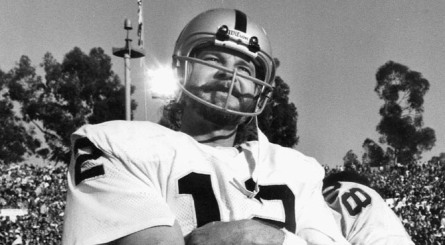 The family of Ken Stabler is at odds with the Pro Football Hall of Fame over a policy that denies the families of players and coaches who are inducted posthumously the ring and jacket bestowed upon living inductees. Instead,the family receives nothing more than a commemorative patch. Stabler died in 2015 at the age of 69 from colon cancer.

According to Stabler’s daughter,Kendra,the Hall of Fame stated their reasoning for the policy to his girlfriend,Kim Ross-Bush.

“She was told the Hall did not want families fighting over it or selling it,” Kendra Stabler Moyes told ESPN. “That is the biggest cop-out — a poor excuse. It’s nobody’s business what families do behind closed doors.”

Stabler Moyes is right. I think it’s dishonorable for the Hall of Fame to practice this (and to have been practicing this for so long) and the families of guys like Stabler,who should’ve been in the Hall of Fame long before he passed, don’t get to receive the jacket and ring that player or coach deserved to have had they been alive to receive it. Not just Stabler’s family,but also George Allen’s and Junior Seau’s and every other family who got unnecessarily snubbed by the Hall of Fame all because their family member happened to get in after they died.

The Giants have hired Phil Nevin to be on the coaching staff. Nevin played 12 years in the major leagues and was an All-Star in

2001. He played most of those years in San Diego under former Padres manager and current Giants manager Bruce Bochy.

Nevin,45,was the manager of the Reno Aces,the AAA affiliate of the Arizona Diamondbacks from 2014-16. It is unknown as of press time what role Nevin will have on the staff,but the team still has vacancies at first and third base coach after the team fired Billy Hayes and Roberto Kelly after the Giants’ exit from the postseason last month,citing a need for new voices on the coaching staff.

I think Nevin just may be the guy who fills a spot at first or third base. He is a Bruce Bochy guy like Tim Flannery was and he has had success in the managerial ranks in the minors and his players have sworn by him in the past. I think it’s a very nice hire by the team and it’ll be interesting to see what role he has on the coaching staff. 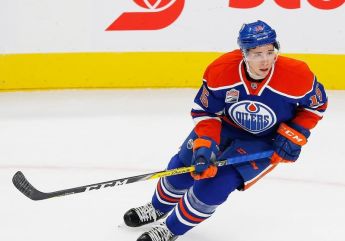 Tyler Pitlick has been making the most of the time he’s on the ice as of late for the surging Edmonton Oilers. The forward,25,who has spent a lot of time on the injury list and wasn’t even in the NHL last season,has four goals and one assist on the year,including a goal in Edmonton’s 2-1 win over Detroit on Sunday.

When I first saw he was on the roster to begin the year,I was surprised. I thought he may have been traded or released after last season,but here he was on the roster and in the limited time he sees on the ice,he’s having quite an impact. I think the main worry with Pitlick is if he not only able to sustain that impact,but also if he can stay healthy. As mentioned before,he has been oft-injured and the Oilers need depth at the right wing position,something he very much fills a need for. If the Oilers are going to break their 11-year playoff drought this year,and a big part of me feels they will,they’re going to need No. 15 to be ready when he’s needed. So far,he’s been able to do that,and in a surprising way.

I wrote about the pandemic and the mental health crisis that people have faced,including myself,back in February. What I haven’t shared is the whole story of what I had gone […]
Late Edition-Discharge Day
Loading Comments...
%d bloggers like this: