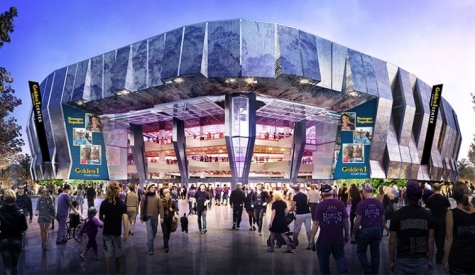 We begin this special Saturday edition of Odds & Ends with the news of the city of Sacramento hoping to place a bid for the 2020 NBA All-Star Game.

The Kings opened their new arena,the Golden 1 Center,on Oct. 27 with a 102-94 loss to San Antonio. However,despite the team losing its first game in the new place,the talk about bringing the midseason exhibition to Sacramento has been renewed. NBA Commissioner Adam Silver says that the league is determined to bring the game to Sacramento.

“My personal view is that all new arenas should have the opportunity to host an All-Star Game,” Silver said. “We are absolutely determined to figure it out.”

The major hurdle that has plagued Sacramento for years and is the main reason why the game has never been played there is the lack of suitable hotel space in and around downtown. As of press time,the city has about 2,000 hotel rooms downtown, far short of the league minimum of 5,000 to be considered a host city.

As I’ve mentioned before, I’m not the biggest fan of the NBA All-Star Game because nobody plays any defense and it’s just a four period alley-oop and slam dunk contest that ends in a 194-192 score, but the city hosting a game like this would be a big deal that would bring a lot of money (an estimated $60 million) and tourism to the area. I think the cruise ship idea would be great as a short-term solution. I would like to see more permanent hotel space pop up in the city in the years to come,not just for this event,but others as well.

Richard Sherman was asked on Thursday if he had any theories on why the NFL has had ratings trouble this season. Here was his

Sherman even had some critical words for the commissioner of the league,Roger Goodell.

I mostly agree with Sherman on this. The league is becoming less fun in terms of not letting these players celebrate after they score or dunk over the field goal post. Hell,we can’t even have throwback uniforms anymore because the color of the helmets can’t be different anymore. It’s becoming such a vanilla product now and it’s a bit sad.

And yes,Goodell is horrible at his job as commissioner. When you don’t know the appropriate length of time to suspend a player for domestic abuse until surveillance video gets out of him knocking her out cold in an elevator, that’s bad. When you suspend a player for “allegedly” deflating footballs when it’s been proven otherwise, that makes you look bad more than anything else. When you don’t suspend Vontaze Burfict for being a repeat offender when it comes to trying to injure players on purpose, that doesn’t bode well to your credibility as judge,jury,and executioner. When the owners realize how much money their losing on this man’s watch as boss of the league,they’re going to want to get a new boss in there sooner than later,and I think for all involved that may be for the best. 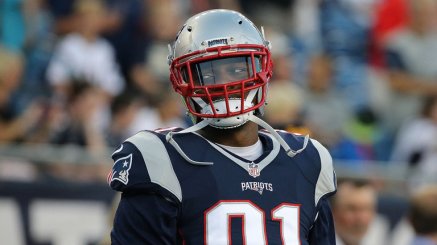 Jamie Collins was traded to the Cleveland Browns earlier this week for a third round pick in next year’s draft,and I’m still kinda wondering why.

When I first saw the trade news on Facebook, I thought it was one of those fake news stories that people post to get you to click on to find out it’s not for real,but it wasn’t. Apparently Collins was after “Von Miller” money from the Patriots,which I don’t think he should get,but is worthy of a better deal,and de-facto general manager Bill Belichick wasn’t having any of it,so he sent him to the worst situation possible.

As much as I love Belichick the coach,I’m not that crazy about Belichick the general manager. I get that he’s brought this team four Lombardi trophies in his time there and could very well bring over a fifth this season,but the front office needs to start making better decisions in regards to its players. So many great players have unnecessarily left and while yes,it hasn’t hurt them too badly on the field, there have been times where they’ve played poorly and I’ve thought to myself “Well,if (insert player here) was still on the team,that wouldn’t have happened”. I hope to God that I don’t have to say that now that Collins is part of that factory of sadness near Lake Erie, but something tells me I just might be doing so.

history in any sport. On Friday, the parade and rally took place in Chicago and it seemed like everyone turned out.

An estimated FIVE MILLION people came out as early as 4 a.m. to celebrate the Cubs winning the World Series and it was an all-out party. From the blue-dyed Chicago River to fans waving white flags with the blue W on them wearing Harry Caray glasses,this parade had it all. That marks the seventh largest gathering in human history and the largest in United States history.

“The wait is over,” said 95-year old Alfonso Hernandez, a Cubs fan from Streamwood, Ill. “All of my life, I watched them lose. I’m so happy. So happy, happy, happy. God gave us the players to win the World Series. They are … champions.”

It’s great to see a fanbase who has been heralded as the “lovable losers on the North side” finally do something that hasn’t been done in generations and that’s win the ultimate prize. I will admit,though,it does kinda suck a little that the “curse” is over because for so long it was so good for baseball. Now what do the rest of us do? Do we now place the lovable loser label on the Cleveland Indians now that they have the longest drought between World Series championships? Probably not, but I’m sure someone will find something.

And bravo to Steve Bartman for politely declining to attend the parade yesterday.

Honestly,why the hell should he? Now that they’ve won that he can be forgiven for what happened in the left field stands 13 years ago?

Bartman was blamed for contributing to the prolonging of the so-called “curse” of the Cubs when, during Game 6 of the 2003 National League Championship Series against the Florida Marlins,he reached for a foul ball that Cubs outfielder Moises Alou had a decent chance of catching had it not gone into Bartman’s hands. Bartman did nothing wrong as the ball was out of the field of play. It was the eighth inning and the Cubs were five outs away from going back to the World Series for the first time in 58 years and the events following the incident caused the Cubs to lose that game and the following game,sending Florida to the World Series and winning their second title in franchise history.

“We don’t intend to crash the parade,’’ a spokesman for Bartman said. “The one thing that Steve and I did talk about was if the Cubs were to win, he did not want to be a distraction to the accomplishments of the players and the organization.’’

Good on ya,dude. I wouldn’t want to be around people who vilified me for doing nothing wrong,either. They can say you’re forgiven all they want, but have you really forgiven them? I really hope not!

The Giants had the most blown saves last year and probably had what was the worst bullpen situation in all of baseball. They also had many opportunities to go out and get a quality closer at the trade deadline,but couldn’t close the deal on that and as a result they lost to the Chicago Cubs in the NLDS.

Also on the market will be Mark Melancon,Kenley Jansen,and Aroldis Chapman.

I think if the Giants like what they see from Holland,he might be their guy. Not that they won’t go after the other three mentioned,but the Giants just don’t like throwing that much money to a guy who doesn’t play that much and may not be all that effective after a few seasons. Holland is a safe choice and if I had to bet money on who’ll be the guy entering the game to close it out in the late innings,it’ll be him.

That’s all for this edition of Odds & Ends, we will pick back up on Monday as regularly scheduled.