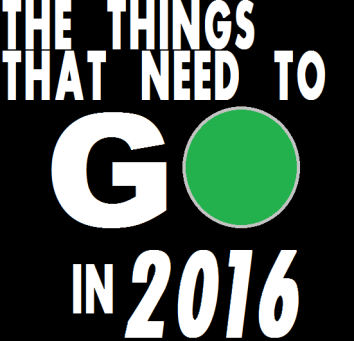 Our finale to the 2016 edition of this list is finally here. Part One brought us drought snitches and Chris Berman’s awful play-by-play,Part Two gave us The Wave and Drake’s love for every single sports team that ever existed,Part Three gave us Maury and stores being open on Thanksgiving, Part Four gave us “Bye Felicia” and “Cool beans”,Part Five gave us depressing Super Bowl commercials and Daylight Saving Time. We are now down to our final 10 items and this list should be taken seriously for the purpose of entertainment only. Now,here’s Part Six! 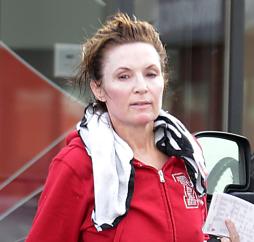 This family continues to anger me and annoy me, kind of like the tag on a T-shirt.

From Sarah to her idiot daughter Bristol who preaches abstinence despite being unable to keep her legs closed for five seconds, these people are hardcore scumbags.

Sarah says a lot of dumb shit and any time her mouth is open,nothing goood comes out of it. She’s also a Donald Trump supporter which says to me that dumb people will follow other dumb people without question. And by the way,she’s not cute or very attractive. Stop saying otherwise! 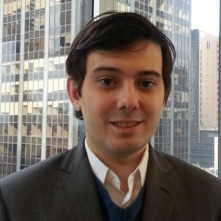 Here’s a guy who,when it’s all said and done,belongs in the deepest part of hell.

If you don’t know who this rotten son-of-a-bitch is,he’s the guy whose company bought a medicine called Daraprim,which is used to treat patients with malaria, some cancers, and AIDS and decided to be the hugest scumbag of the year,maybe of the decade thus far, and jacked the price up from $13.50 to $750 per pill.

This guy is part of what’s wrong with society today as well as our healthcare system. There was a time where sharing a breakthrough medicine didn’t take much. Case in point: Dr. Jonas Salk when he created the polio vaccine. Guess how much he charged for it? Nothing. Not one fucking cent. I get that times have changed and that medicine is a business now more than ever, but what Shkreli is doing is of ill grace and is doing nothing to help anyone who suffers from these real conditions and are forced to pay these unreal prices on medications that should be made readily available to anyone who might need them.

I never thought I would be placing this on our list again,but never say never,am I right?

I love a great workplace as much as the next person,but when someone pays the price at the hands of people who constantly micromanage and nitpick, chances are that workplace is going to be anything but a positive working environment. I know from experience that when you’re in that kind of workplace, morale goes down as does motivation,production,and a reason to even stay on the job.

When you work for a good manager, those bosses bring value to the people working under them and want them to succeed and flourish. When it’s the other way around,almost none of that happens. It’s disheartening,really. I think if you let people be,give them enough trust to know what they’re doing, they’ll be good employees for you. If you babysit them,they’ll get fed up and leave. 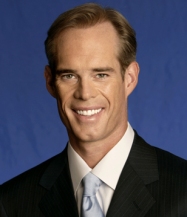 Yes,Joe Buck sits in the same place he was on last year’s list,but it seems to be the right spot for him.

Buck is absolutely horrible when it comes to announcing. He used to be decent when it came to football,but he altogether is just dreadful to listen to and never fills in any details of what’s going on in the game. There’s not much excitement in his voice at all and when there is,you feel he’s rooting against your team.

I often find myself sitting and listening to either silence of the local broadcasters when he’s on because of how bad he is. And no,he doesn’t just hate your team,he’s on nobody’s side!

How the fuck are these jerseys still in existence?

For years now I have been calling for these jerseys to go away. Why? Because basketball jerseys aren’t supposed to have fucking sleeves. Ever!

Even when one of your league’s biggest stars,LeBron James (pictured left) airs his grievances by ripping the sleeves of his jersey,you’d have to realize that these jerseys are just bad for the league and the sport. And memo to the Golden State Warriors: stop wearing black ones,your colors are blue and yellow and stop wearing them altogether!

I hope to God that Nike eliminates these when they take over the NBA contract,but then again,they’ve fucked up some of the NFL teams and gave us the goddamn Color Rush uniforms,so maybe there is no hope after all. If that’s the case,expect to see this on the list for 2017! 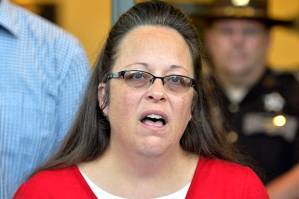 I’m quite sure that she’s only going to make this list once,but Kim Davis did enough to make sure she had a place on it this year. The Kentucky county clerk was made famous for denying same-sex couples marriage licenses because of her religious beliefs and her hatred of gay people. It made headlines for much of the year and her practice even led her to be jailed for contempt of court.

She is still on the job as of press time in her current position.

What bothers me about her is that if you’re doing a job and there’s something you don’t agree with doing,chances are you should probably find another line of work. I know that’s something I would do. I don’t understand why she doesn’t do the same.

My apologies for not having these dittoheads this high on the list last year,they should’ve been.

I thought that since their founder died that the hate would subside,but wow,was I wrong. They’re just as hateful now as they’ve ever been and honestly I don’t know how someone with so much hate can say they’re a follower and believer in Jesus Christ.

You’re not a church,you represent nothing positive about religion whatsoever,if anything,you’re a terrorist organization and everyone associated with you is scum.

3. Everything associated with Kanye West and Kim Kardashian

These idiots have made the list a lot,trust me

And by the way,way to be awful at naming children,first North West and now Saint West? Are you kidding me? God,I hate these people!

From his handling of domestic violence issues with players to his personal witchhunt on Tom Brady regarding Deflategate to the stupid decision to have teams only wear one color helmet shell for a season,thus eliminating some of the league’s best throwback uniforms ever being worn again, Goodell has shown to me and fans around the country that he’s not a very good commissioner.

Not only that,but some of the fines he’s issued out have been puzzling. Colin Kaepernick was fined $10,000 for wearing headphones that weren’t “league approved”,but fined Von Miller less for a dirty hit that same week. Whoa,logic!

Anyways,he’s certanly making the league worse and proof of that is the officiating in the league this season. From their confusion

of knowing what a catch is to phantom pass interference calls to inadvertent whistles on the field resulting in touchdowns not taking place to calling pass interference on Rob Gronkowski way too fucking much (he’s getting tangled up,how do you not fucking see that?) to not stopping the clock after a player goes out of bounds to missing facemask calls to making borderline facemask calls,these officials this season make the replacement refs of 2012 look like Harvard graduates,and those refs were pretty shitty.

I can’t remember a time in football (other than 1998 maybe when fans were calling for replay to come back,which it did in 1999) where the officials were blowing calls time and time again like they are this season. At some point,something’s gotta give. It makes me almost wonder if the best officials out there are in some network’s TV booth now instead of working on Sundays. 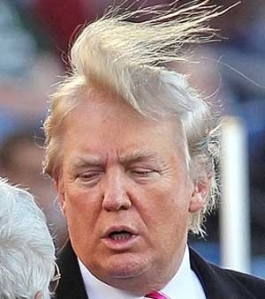 1. Donald Trump and the idea of him being President

This is not only our top selection this year,but it is by a mile. When I first heard that he was running for President,I thought it was a gimmick that wouldn’t last,kind of like when guys like Al Sharpton and Herman Cain ran at various times. But the scary thing about this guy is people actually are buying what he’s saying.

From his hatred of Mexicans to wanting to ban Muslims from even visiting this country to his remarks insulting veterans,his fellow Republicans,and basically anyone and anything that he disagrees with. He’s a bully. He also has virtually no plan for this country other than to build a wall between the U.S. and Mexico and to ban Muslims from coming here and having a system to track the ones who are already here. Remind you of anyone?

I’m going to come right out and say it,electing Donald Trump as President in 2016 would be a grave mistake that we absolutely cannot afford to make and it doesn’t matter what party you vote for or what your values are, his values to me are un-American and his candidacy to me has brought out the worst in people,as most elections do. I can’t believe how hateful people are when it comes to minorities, to people who wish to come to this country and share in the American dream, to young people,to old people,their comments in real life and on social media are downright disgusting. It’s gotten to the point where I don’t want to read about him anymore because of the filth and the hate that spews out from his mouth and the morons who want him elected in November.

People who support Donald Trump’s presidential campaign are ones I absolutely don’t want to associate with at any time whatsoever. I generally don’t care who people vote for,but if this is your boy, I honestly have to call that into question in the character of you as a voter and as a person. I understand that we all don’t share the same values in this country or even this world,but if you don’t share the value of decency like I do,obviously you want this man as President and that’s something I absolutely,positively cannot support in someone.

My hope,and the hope of many,many people in this country,is that his candidacy comes to an end very,very soon.

That’s our list for the year, or is it? Hope you have saved room for Leftovers!