Leftovers-The Things That Need to Go in 2016

With any Things That Need to Go list,we have every year a few items that just missed the cut,so we have our Leftovers list to show you viewers the stuff that just came up short. The list isn’t too long this year which says to me that this year’s list was pretty solid. Here we go!

This is a scene we see a lot nowadays. A team who was once good is now not so good anymore and they have to have a fall guy because of it. So what do they do? They burn his jersey.

This is an epidemic that does need to go,but it wasn’t as strong enough an item to put on the list because I don’t see it as often as I once did. I’m not saying it doesn’t happen because there’s always some jackass who thinks burning a player’s jersey is going to solve the team’s woes and “send a message” to ownership and management to make changes in the organization.

As much as I would have liked to have placed this on the list because it’s terrible and a show about duck hunting can’t be that entertaining, it just wasn’t strong enough because I don’t know a hell of a lot of people who even watch it in the first place and those that do are people I either don’t associate myself with or barely even talk to. Plus,the Robertsons are so ass-backwards with their beliefs that mentioning them on the actual list would’ve benefitted nobody. Plus,haven’t I offended a good number of you enough already? I’d say so!

The only thing about duck hunting that’s interesting is the video game Duck Hunt. That was an awesome video game! 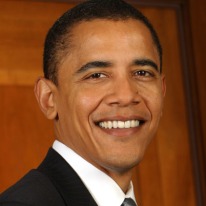 These people have been on the list before and I can’t believe that it’s almost 2016 and there are still people who think the President was born abroad despite the fact that the White House and the State of Hawaii have released birth records for the President.

I didn’t include this in the list because it wouldn’t have been a good item to have on it. In 2011 or 2012 it’s definitely one that would’ve been on there,even it was this year,it wouldn’t have made it part the first part of the list (Nos. 100-81) and I wanted to put more listworthy items on there than this. Beyond that,it’s time for people to get over it and more importantly,themselves.

Who is Sia? She’s this singer from Australia who’s trying too hard to be Lady Gaga and has this schtick of not showing her face when she sings. I absolutely think that’s a stupid gimmick and beyond that,it’s rude to have your back turned to someone like that. I don’t care how shy she is or claims to be because of this schtick,if you don’t want to be seen,don’t be famous!

Also,she was the musical guest when that crapbag Donald Trump hosted and ruined Saturday Night Live last month and her association with that episode alone was enough to have this be considered for the list. But it wasn’t because we better stuff to put on there than her. 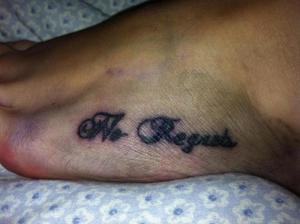 All “No Regrets” tattoos

I bet you’re wondering why this was considered and I’ll tell you why: Because it’s a dumb fucking idea to get a tattoo that says that and people who do usually end up regretting a lot of shit to begin with. Not only that,but the tattoos that do say that are in the stupidest places such as below someone’s neck or on their bellies and sometimes these tattoos are misspelled. Are you kidding me?

My family and I were at a concert this year at the California State Fair and we witnessed a young lady who started out wearing many clothes and walked away from the show wearing a tube top,booty shorts and a pair of black flats. She also had a “No Regrets” tattoo on her back. My Mom wanted one of us to ask her about the tattoo (“Not one?”) and I even offered $10 to anyone who did,but nobody took the bait.

Maybe this should’ve made the list,but I didn’t want to offend anyone who actually had this tattoo. There’s always next year,though.

These are quite possibly one of the worst throwback uniforms that the NFL has ever rolled out (The Eagles one-time yellow and blue ones are by far the worst), but because we had other uniform related items on the list,we had to omit one and the Steelers’ Bumblebee uniforms were the prime candidate. How in the world does the team,who in my opinion,has the best uniforms in all of football now in the Steelers throwback to something so ugly and hideous?

With the NFL limiting teams to one color of helmet shell per team,the Steelers had no choice but to retire the throwback uniforms with the yellow helmets that they wore from 2007-11. They now roll out their horrible Bumblebee set at least twice per season and it needs to stop. I think a better alternative would be the Batman uniforms from the 1960s. Do it!!! 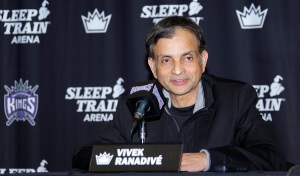 Vivek Ranadive trying to reinvent the game of basketball

Don’t get me wrong,I’m very appreciative of Ranadive buying the team and saving it from being relocated to Seattle almost three years ago,but he needs to have a hands-off approach when it comes to his ownership of the team. His crazy ideas of having a 4-on-5 lineup to having the team use Bitcoin as currency (I think Chuck E. Cheese tokens were more valuable than that shit) to having five different coaches on the payroll during his short tenure as owner have made him and the team a laughingstock.

I think if Ranadive can get the right basketball minds in house and can take a page or two from Joe Lacob’s playbook,the team will flourish. This didn’t make the list,though,because I’m the King of Wishful Thinking and I hope that under his stewardship of the franchise they can thrive once more. We’re still waiting,Vivek!

Those are our Leftovers from this year,we’ll see you next year for The Things That Need to Go in 2017!