The Worst Things About 2012

We’re continuing on with our end of the year lists. Next up are the worst things about this year. I had a decent year,but there were some awful things about it. Here now is that list…

10. Only getting to be in one BBrothers Blog video this year

As much as I enjoyed being in Blog #50, I was hoping to be in more episodes (especially Blog 100), but that did not happen. Part of that was probably me as I am a print person first and foremost. I mean it was a quiet hope (which is why this is No.10 on the list) that I would be in some more episodes with Gary and/or Rodger, but for some reason it was not to be. Hopefully I can be in some for ’13, but that isn’t up to me.

Ealier this year everyone pretended to care about this Joseph Kony character and wanting to “Stop at nothing” to stop him,whoever he was. Welp, it was too little too late to allegedly stop him and according to who you talk to he has been dead since 2006. By the way,it doesn’t help when the guy starting the movement is caught wanking off in public by TMZ. Just sayin…

8. The Oakland A’s made the playoffs

I couldn’t believe this happened, it was never supposed to. A team with a bunch of nobodies usually goes on to lose 100 games, not the A’s. They did what nobody else thought they would do: win the division.

So why is this on the worst list? Because they stole a bit of the thunder from the best baseball team in the Bay Area (The Giants) and fans who wouldn’t even bother coming to the stadium in April all of a sudden were there in late September and early October as if they had been there all season long. Also, Giants fans were rooting for them to succeed. Uh-uh, no, not allowed. Giants fans, you’re supposed to hate the A’s with all your heart. This should not be a friendly rivalry.

What is this? Why does everyone have it? Huh?

Everyone has an Instagram. Well,everyone under the age of 30. I don’t know anyone who is older than me who has this. I don’t necessarily see the point of it. Can’t you just post photos from your phone instead of using this Instagram? I…I don’t get it. Can someone please explain this to me? Because nobody has!

6. It was a year full of mass shootings

From Aurora,Colo. to Newtown,Conn. to Portland, Ore. it was a year where too many mass shootings took place. It seems like this is happening way too often and it makes you sad that it is. We’ll never know why they happened or what the intent was.

No matter how you feel about guns, one thing is for sure: something needs to be done about this before it happens again. 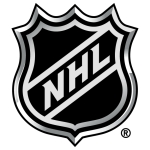 Just when I am getting into hockey more and more, the NHL and their players are locked out. This is the second time since 2005 that the league has had a lockout and this one seems to be a lot worse than the last one. The 2012-13 season is likely to be fully canceled after ratings for the Stanley Cup Finals were at an all time high last season and interest in the sport seemed to be growing.

I hope that if and when the lockout gets resolved that interest hasn’t waned,but I know that it may take time to get that audience back again after losing an entire season.

4. Big glasses started to come back

We touch on this subject a lot and that’s because some of us don’t want to be caught dead in them. I am talking of course about big eyeglasses. They are starting to somewhat come back and the thought of having to wear them and the thought of those being the only things available across the board at optical shops is a terrifying one.

I…I don’t get it,why are some of you wearing these? I know that some things that were once cool a long time ago come back from time to time,but these shouldn’t. If need be I will keep my current pair until they fall apart if big eyeglasses keep creeping back into pop culture.

What a terrible Super Bowl! Not only did my New England Patriots lose but they lost to a team they will never beat ever again: The New York Giants. I knew the Pats would cough this game up when the Giants went ahead 2-0. This loss was easier to get over because I was sick during the game and things tend to be easier to get over when you’re already sick on top of it all. I don’t ever want to play the Giants ever again in this game. I don’t care if the Giants somehow got in as a 7-9 team,forget about it. Up yours, Eli Manning!

2. The rise and fall of the Downtown Sacramento arena deal

Back in February the Sacramento Kings and the city had a handshake agreement to build a new arena for the team in the downtown railyards. Then it fell apart and it now looks like the Kings may leave as early as the end of the season. To where is the next question. Seattle? Virginia Beach? Anaheim? Narnia? All we can do is guess.

It would be great if my quiet hope of someone rescuing this team from the Maloofs and keeping them here while the downtown arena deal goes back into place came to be reality, but that’s just too much of wishful thinking. Anyone who lives here knows that this team is about to leave despite what the team says and commentators who work for the team try and convince you otherwise. Fans have already checked out as Sleep Train Arena is half empty most nights and the team is next to last in attendance (Detroit Pistons).

1. The presidential election and how it brought the worst out of people

This happens every four years but this year especially the election brought the ugly sides of people that nobody should ever see. After Obama won (like I knew and said he would back in 2010), people were so rude and petty to one another and others were just sore losers about the whole fucking thing. I have never seen people take news so poorly, even to the point of declaring that they are moving to another country or even wanting their state to secede from the union.

We continue to be divided as a nation over the pettiest of things and it continues to get sadder by the day. Until people grow up and get over these differences we will be in this spot for decades to come.

On a different note: To all of you who voted for Romney, I have to ask you this: How does it feel to vote for a guy who didn’t want to run in the first place?

It is great to be back writing about sports and inserting my commentary to the world,let’s go for it! Our first Odds & Ends in 16 months starts with the […]
Odds & Ends-Volume 235
%d bloggers like this: