It’s been a while since we’ve written one of these,and I thought this morning would be a good time with all that’s been going on in the world of sports this week. 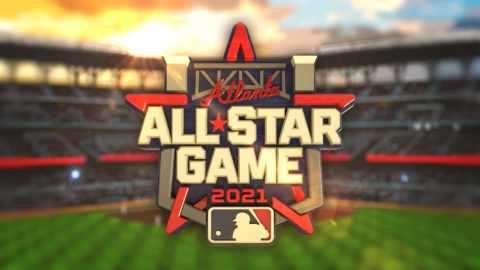 Starting off, it’s nice to see Major League Baseball considering taking a stand when it comes to Georgia’s new voter laws that are basically the new Jim Crow and are more restrictive towards black voters. Black voters have helped give Democratic victories to Joe Biden in the 2020 presidential election as well as Jon Ossoff and Raphael Warnock in January’s Senate runoffs.

Items in the new law include requiring ID for all absentee voters, eliminating mobile voting stations,fewer drop boxes for ballots,and the elimination of provisional ballots before 5 p.m.

As a result,the Major League Baseball Players Association is considering moving this year’s All-Star Game out of Atlanta, which is where the game is slated to be played on Jul. 13 if the law is to stay. Dodgers manager Dave Roberts is considering not managing in the game if Atlanta is still the host of the game. Even some players may not play in games against the Braves in Georgia if the law still stands.

I support Major League Baseball considering this should the law stand any longer than it already has. These voter suppression laws are racist, it stands against everything we stand for as a democracy and it promotes authoritarianism. Beyond that, stifling voting is how Republicans tend to win elections. History has shown that if you want to have awful laws changed, you make states pay for their actions in terms of taking away sporting events that bring in revenue to the state. Not only should Major League Baseball do this,but also major college conferences that host title games in Atlanta,and other sports leagues. Make them miss you!

As much as I hate the Dodgers, they should get to host the All-Star Game this year if Georgia insists on unconstitutionally limiting voting rights in their state. They didn’t get to host last year for obvious reasons and are slated to host in 2022. It’s their turn!

Moving on to the shocking trades in the NFL Draft as the San Francisco 49ers will be on the clock at the third pick in the draft. They traded with Miami to move up and three first round picks go the Dolphins’ way in return. San Francisco is more than likely going to take a quarterback at this slot. The question remains who that guy will be. Justin Fields, Zach Wilson, Trey Lance and Mac Jones are all under consideration to be the third pick. We all know that the 49ers wouldn’t be trading up to land someone other than a quarterback,but then again, I thought they would take a stab at getting a wide receiver like Jerry Jeudy, Henry Ruggs,or CeeDee Lamb last year and they did otherwise.

Miami,however,was not done wheeling and dealing as they moved back up from the 12th pick they got from the 49ers to the sixth pick from Philadelphia who now has the 12th selection. I have a feeling the Dolphins will likely take a receiver here as Tua Tagovailoa needs some weapons to throw to.

The Dolphins now have 13 draft picks in the first three rounds the next three years. If anyone has all the leverage,it’s them. They’re looking to make their almost playoff-bound squad from a year ago into a future contender to put their division and the rest of the AFC and the league on notice. I’m interested to see what the Dolphins do in this draft and beyond,it’s going to be fascinating,which is now what the draft this year is beginning to be.

Moving to hockey now and the NHL banning referee Tim Peel after he admitted on a hot mic that he wanted to give the Nashville Predators a penalty during a game against Detroit on Tuesday night.

Peel made the call in the second period when he sent Nashville forward Victor Arvidsson to the penalty box for tripping Red Wings defenseman Jon Merrill in the offensive zone despite Merrill embellishing the fall to draw a penalty.

Nashville’s broadcast team caught Peel saying  “It wasn’t much, but I wanted to get a f—ing penalty against Nashville early.”

In a statement, the NHL condemned Peel’s comments and actions and stated their reasons for banning him.

“Nothing is more important than ensuring the integrity of our game,” NHL senior vice president of hockey operations Colin Campbell said. “Tim Peel’s conduct is in direct contradiction to the adherence to that cornerstone principle that we demand of our officials and that our fans, players, coaches and all those associated with our game expect and deserve. There is no justification for his comments, no matter the context or his intention, and the National Hockey League will take any and all steps necessary to protect the integrity of our game.”

Peel was set to retire at the end of the season after 22 years of service as an NHL official who worked 1,334 games in his career.

Major kudos to the league for getting rid of this guy immediately instead of letting him ride off into the sunset on his terms. This kind of thing should not be tolerated in any sport. Fans never have a liking for officials to begin with,but when a referee is caught admitting he made up a penalty call on a team just because he wanted to, it tarnishes the game immensely. Not to mention it leaves many to wonder if he had other motives for penalizing the Predators in the manner in which he did, such as having money on the other team or something of that like. I don’t know if he did that,but we’ve seen it in other leagues (Cough: Tim Donaghy). I am beyond happy a questionable person like Peel is done in the league and I hope this doesn’t happen with other officials who have zero integrity for the game and who make up calls just for the hell of it.

Finally this week, we have to talk about De’ Aaron Fox and the hot streak he is having. The fourth year point guard had a career night against the Warriors on Thursday with a career-high 44 points, he was 16 of 22 from the field, was 9 of 10 from the free throw line, and 3 of 7 from the three point line (even though it looked like he had more in that game). The Kings whooped the Warriors 141-119 and won their third straight game and six of their last nine since the All-Star break.

“It’s fun to watch,” Kings coach Luke Walton said. “It really is. And to see him continue to figure things out, to see him continue to grow as a leader, both vocally and leading by example with his play, is a lot of fun. He’s in a good place right now. The team’s in a good place right now, and we’re going to keep trying to use this momentum to move forward.”

The Kings are 20-25 at press time and are now creeping back into contention to sneak into the play-in round for the NBA Playoffs. This season,the NBA is having a play-in round for the 7-10th place teams in each conference for the final two spots in the playoffs and a team like the Kings are trying to make a run at getting in the round. Some had thought the Kings may want to tank to get a better draft pick,but as it’s been said before, you play to win the game!

The Kings conclude their three game homestand against the Cavaliers today.

It’s awesome to see how much Fox is and has been carrying his team all season. Sure, it hasn’t always translated to as many wins, but he has shined this year and I think he will be an All-Star if he continues this level of play the rest of this season and beyond. I think he was snubbed this year to be honest with you,but then again I don’t think there should’ve been an All-Star Game this year anyhow,but that’s another story.

Fox has made this team exciting again and I absolutely will be watching tonight to see what he does next,hopefully you do,too.

That’s all for Odds & Ends, we’ll catch you next time!