No,this isn’t a repeat of a 2012 review. It’s a new review of the Marlins,everyone’s

favorite team they don’t love to watch in person, and they have a new logo and uniforms.

Gone are the duds that the team wore from the time they moved into their continuously empty stadium and in are a new logo,colors,and uniforms that kind of officially bring in the Derek Jeter-era of ownership.

Unveiled via a video uploaded to social media, the new logo shows a marlin leaping in colors the team describes “Miami Blue”, “Caliente Red”, “Midnight Black” and “Slate Grey” with baseball stitching to its right. A new “Miami” script in those same colours at the bottom of the marlin.

The secondary logo features the marlin on the primary hooked onto a letter M in the new colors.

The team describes the logo as “vibrant in ways that uniquely represent the Miami community” while saying it also “embodies refinement and style, with a focus on looking forward – towards the future.” 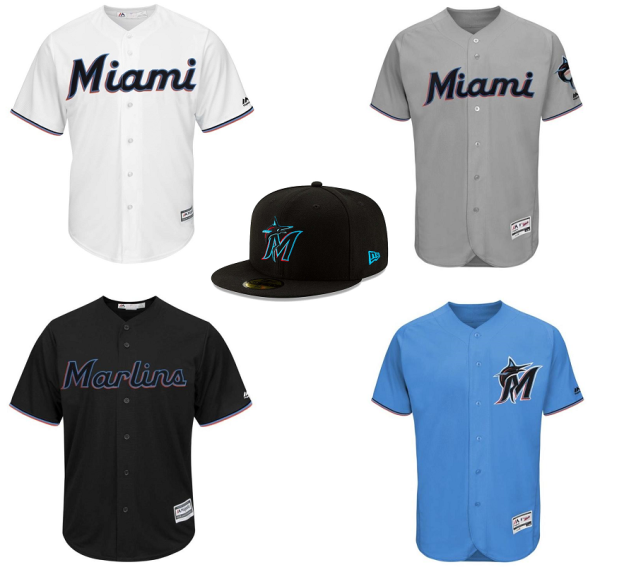 As far as the caps go,it looks like the team has only one unveiled as of press time-an all black hat with the team’s secondary logo on the front.

The first alternate jersey is black with a black Marlins script across the front with the black numerals on the back and black nameplate. The marlin on the sleeve of the home and away jerseys appears on these ones as well on the same place. The second alternate jersey is blue with the secondary logo in black on the left side of the chest of the jersey. On the back are black numerals and nameplates just like the other jerseys.

I think that it’s a different change for the team. I wasn’t crazy about their previous logo and uniforms because of how bad all the colors looked together. These ones have decent colors,but the red looks more like a pink when coupled with the blue. I think the logo is fine,but the uniforms are very copy and paste. Why not have some different colors for the numbers on some of these? Like maybe blue or red numerals on the black alternates?

I don’t think these are worse than the previous uniforms,nor do I think they’re bad. I just think they need to be tweaked a little bit. Hopefully the team does do that in the time to come. I would like to see the team name on the home jersey in lieu of the city name,that’s for sure. 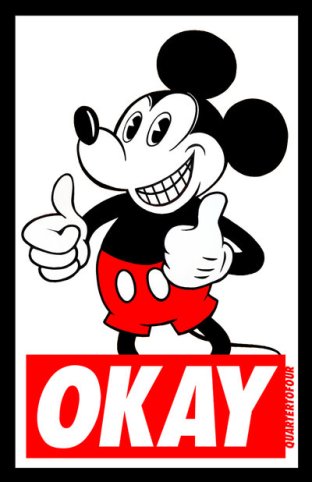 From the home offices of tjthesportsgeek.com in beautiful downtown Orangevale,Calif. […]
Top Eight Slogans For the 2020 Democratic Convention

I have been waiting for this day to come, the […]
Reviewing the Seattle Kraken team name, logo,and uniforms
%d bloggers like this: