We begin this Saturday’s Odds & Ends with a report that Major League Baseball might be considering expansion.

A report by Baseball America suggests that if the league decides to expand to 32 teams that the two frontrunners to get new franchises would be Montreal and Portland,Ore.

In the report, Tracy Ringolsby presented his own proposal, one that includes a radical realignment with eight teams in four divisions,the elimination of both the American and National leagues, a longer postseason with 12 teams in and a 156-game schedule. The schedule would be designed to “allow MLB to address the growing concerns of the union about travel demands and off days.”

Here’s how I would do realignment:

I would swap the Rays and Rockies and put them in new divisions in new leagues. It would make sense for both teams regionally and I don’t think either club would have too many reservations with switching leagues.

Portland reportedly has a group interested in securing a team there and has the financial backing to build a stadium for the new club. Montreal,as we all know,had a team from 1969-2004 named the Expos. They relocated to Washington D.C. and became the Nationals in 2005. Recent record crowds at exhibition games played there have fueled interest in bringing a team back to Montreal. It is not yet known if there’s a group interested in bringing a team back or what kind of stadium financing plans there may be.

Honestly, I think it will happen someday,but not in the manner where the two leagues are eliminated. I like the idea of a shorter schedule and a longer postseason,but am not in favor of destroying rivalries and traditions in both leagues. You can easily do expansion and keep both the American and National leagues intact. However,I think that resolving stadium issues in current cities like Oakland and Tampa should be of higher priority. These two teams have fan bases that don’t show up to games due in part to how bad the stadiums are and until that changes I think expansion should be on a nearby backburner.

The Giants interviewed former player Chili Davis,who is currently the hitting coach for the Boston Red Sox, to the same position,which is currently held by Hensley Muelens,who along with bench coach Ron Wotus,is being reassigned within the 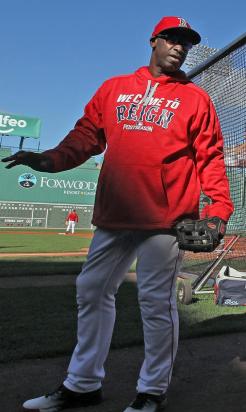 Davis,who played for the Giants from 1981-87, had a very good 18-year career as a player,hitting 350 home runs and a .274 batting average and won three world championships with the Twins (1991) and Yankees (1998,1999). He’s been regarded as one of the game’s best hitting coaches. Since Davis became Boston’s hitting coach, their offense has placed higher than the Giants in batting average, on-base percentage and slugging percentage. As an added bonus, since 2014, the Red Sox are one of only three teams in baseball to score over 3000 runs in that time-frame. The Giants scored nearly 300 less runs.

No coaching position is safe when you lose 98 games and fail to meet lofty expectations. Muelens has critics throughout his tenure as the hitting coach in San Francisco (me being one of them), but a lot of them were written off because the team was winning world championships. The fact of the matter is and has been that under Muelens, this team wasn’t hitting very well,especially at their own ballpark, while other teams had players who had more home runs AT&T Park than many prominent Giants.

If the Giants hire Davis,I consider it a plus. Davis put together a fine-tuned offense in Boston and it’s clear that he’s doing something right. I think a fresh voice in a clubhouse that has soured is much needed and while I know fans would probably want Barry Bonds to have this role instead, Davis is a solid choice for the role and I hope this move happens.

Also of mention,the Giants hired former third baseman David Bell to be their new vice president of player development. Bell will oversee the minor league system in the team.

While the hitting coach role is to be refilled,the role of pitching coach in San Francisco is 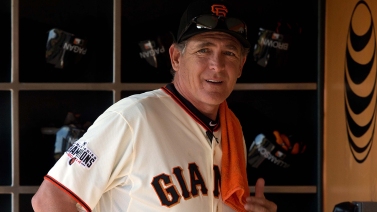 vacant as of this morning with Dave Righetti being relieved of his duties in that role. Mark Gardner,the team’s bullpen coach,is also being reassigned within the organization.
Righetti has held the role of pitching coach since 2000 and has coached some of the game’s best pitchers. This season the Giants posted a 4.50 ERA among starting pitchers while missing their top two starters, Madison Bumgarner and Johnny Cueto, to injury for significant time.

For people disappointed in this move,fear not, Righetti will still remain with the club in a front office role.

While I hate to see someone with as long of a tenure as Righetti be gone, it may be for the best. Like I said with the team possibly hiring Davis, this team lost 98 games, the pitching staff was beyond underwhelming and while yes,their best pitchers weren’t there, you had a pitching coach who wasn’t able to get the most out of the pitchers he did have. I do think this pitching rotation has a chance to be very good next season,but the team needs a new voice in that clubhouse to guide these pitchers.

Who will it be? It may be Kirk Reuter, it may be Chris Bosio,who like Righetti was relieved of his duties with the Chicago Cubs, it may be someone from another team whose staff is also being realigned as new managers are being hired to various teams and rounding out their staffs. All I know is that change,especially for this team,is more than likely a good thing.

The Oakland Raiders have suspended tailback Marshawn Lynch for one game after he came onto the field during a melee with the Kansas City Chiefs on Thursday night and in the process he bumped line judge Julian Mapp in an effort to get to his cousin, Marcus Peters,who was flagged for a late hit on quarteback Derek Carr in the second quarter of Oakland’s 31-30 win over Kansas City with 6:05 left to play in the half.

Lynch was ejected from the game after his actions with running onto the field and grabbing an official. He has appealed the suspension,according to Adam Schefter of ESPN.

Lynch was later seen in the stands of the Oakland-Alameda County Coliseum with a mask over the lower part of his face,and even on the BART train home whooping it up with fans and Peters,who like Lynch,is an Oakland native.

I’m going to say it, I think it’s time for the team to give Lynch his release. He hasn’t contributed very much in terms of his play on the field and when you’re 31 years old and leaving the sidelines to get into it with an official, that’s going to make you look really,really bad. I get that he wanted to protect a family member, that’s commendable,but you don’t touch an official in that manner. Ever.

Lynch is not getting it done in Oakland,and while him coming home was a feel-good story for a minute, it’s clear that just like Adrian Peterson in New Orleans, he may not be that good of a fit in that offense and that being retired for a year may have hurt him more than it helped.

It seems that reigning NHL MVP Connor McDavid of the Edmonton Oilers strikes when you least expect it,and on Thursday night, he did it again. No,he didn’t do so with a goal,but with one of the most amazing assists you’ll probably ever see.

Late in the first period against the Chicago Blackhawks, McDavid torched the Chicago defense with a wild spinning pass across the crease to eventual goal scorer Patrick Maroon.

The goal tied the game at a goal a piece, the game ended in overtime with the Oilers winning 2-1.

I love it when a player like McDavid can make plays,especially when he isn’t the one scoring on the play. The best part is that he did it against an elite defender in Duncan Keith. While the Oilers aren’t off to the best start, they still have one of the best,and most skilled,in the game.