We begin our Saturday edition of Odds & Ends with the news of the San Francisco Giants possibly bringing back one of their former players. Third baseman Pablo Sandoval is back on a minor-league deal after being designated for assignment by the Boston Red Sox and then released. 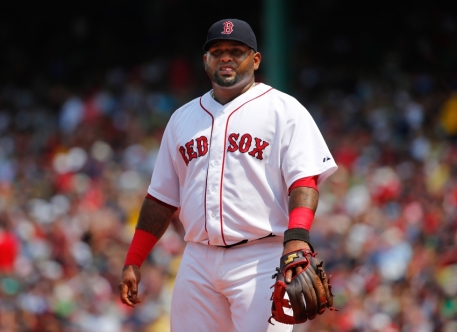 Sandoval,30, left the Giants after recording the final out that won them their third World Series in five years to go to Boston on a five-year,$90 million deal. His career there did not go as hoped, he hit .237 in just 161 games in his three seasons with the Red Sox.

Many are wondering why the Giants,who are headed towards their first 100-loss season since 1985, would want to bring him back,especially after the bridges he burned on the way out the door where he said the only people who he would miss on the team were Hunter Pence and manager Bruce Bochy

“Do I remember that story?” one player said this week, “Of course I do.”

Perhaps it’s because it’s a low-risk deal and if it works out,then great,if not, that’s okay,too. They’re at least seeing if a change in scenery to a time where he was very good may bring him back to form somehow. Another way to look at it is the fact that the Giants’ sellout streak ended at 530 home games, a streak that began in 2010. It may be a move that brings back a few fans to the park and dust their Panda hats off in the process.

I don’t feel like this is the best move for the Giants,especially since I would like to see what guys like Ryder Jones and Jae-Gyun Hwang have to offer as well as Christian Arroyo. Bringing back Sandoval is only good if he makes progress in Sacramento and produces once he gets called up to the Giants. If he whiffs down there,he’s done. 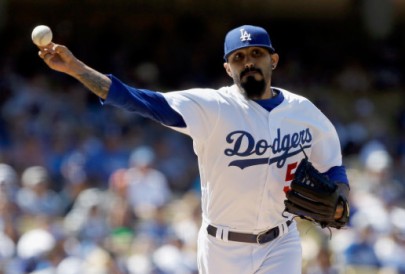 Speaking of former Giants, another one got his designated assignment as Sergio Romo’s time with the Dodgers is over.

In his brief time on his favorite childhood team, Romo appeared in 30 games and allowed 17 runs in 25 innings and had a 6.31 ERA. His last appearance in a game was on Jul. 8.

The question is being asked if Romo could also be coming back to the Giants,and I don’t think so. While he was (and is) beloved in San Francisco, bringing back a former reliever who hasn’t been the same in a while. Yes,the bullpen of the Giants needs a lot of work,but bringing a 34-year-old pitcher like him isn’t the answer for them to avoid losing 100 games.

I love Romo very much and appreciate all he did in the time he was a Giant, but honestly,he’s probably meant for a team that’s actually contending that may want to take a look at him. I don’t think a return to the Giants would benefit the team or him.

The A’s continue to do what they’ve been doing for two decades now,trading popular players,and some fans,for some reason,continue to be surprised about it.

And the A’s may not be done being sellers. Their best pitcher,Sonny Gray,may be on the move as well. Rumoured teams that are interested are the Indians,Brewers,Yankees,and Astros,to name a few.

The A’s have a “named price” for Gray,but it is unknown as press time what that price is. Two top-100 prospects is an educated guess (much like the White Sox got from the Cubs in the Jose Quintana deal).

But wait,we’re not done, the Yankees and A’s have discussed a deal for first baseman Yonder Alonso. Alonso,30, was Oakland’s lone All-Star this year and is hitting .273 with 21 home runs and 45 RBIs.

Honestly, this is nothing new and for the fans who are surprised as I mentioned before,you really shouldn’t be. This is what this team does. They’re not buyers, they aren’t playoff contenders this year and more than anything they’re not interested in building a winning team so long as they’re tenants at the Oakland-Alameda County Coliseum. They may have made many cosmetic changes to the team in terms of how they’re branded and what the name of the playing surface is,but it’s the same old song and dance in Oakland. An underachieving team with plenty of potential that nobody comes to watch with players eventually going to contenders because the team doesn’t want to keep nor pay them.

If this team is ever going to be taken seriously, they need to start acting like a real MLB team,and they need to do it soon. New slogans that make good hashtags on Twitter aren’t going to do it. Having players stay around that fans can actually cheer for and having winning seasons is going to be the key. This team is worth $880 million, they need to stop being cheapskates and keep some of these guys around for when Opening Day happens at their new ballpark. Either that,or sell the team to someone who does care to invest in the product on the field.

That’s all for this week’s Odds & Ends, we’ll catch you next time!

From the home offices of tjthesportsgeek.com in beautiful downtown Orangevale,Calif. […]
Top Eight Slogans For the 2020 Democratic Convention

I have been waiting for this day to come, the […]
Reviewing the Seattle Kraken team name, logo,and uniforms
%d bloggers like this: