We’re down to our final 10 of the annual list. We’ve covered so much on the list from the penny to the “War on Christmas” to the front office of the Sacramento Kings to the electoral college to draft lotteries and now we have the last 10 items on our list. I’d like to thank everyone who has been kind enough to take time and read this silly list each year. Just as a reminder and a disclaimer to all of you: This list is intended for entertainment purposes and should be taken semi-seriously. So on we go with the list. Here’s #10!

This is the first (and hopefully only) year this item has made the list and these dudes are awesomely bad.

These kids usually wear high white socks with Adidas sandals, lip-sync awful songs on Musical.ly and kinda remind me of kids who have their friends over when their parents aren’t home to do stupid stuff and make lame videos to girls they’ll never get.

They also seem to need a lot of guidance in their lives,whether it be from their parents,their teachers,or even a clergyman. Wherever they get it,it needs to be a positive guide,not someone who leads them to be as douchy as this!

Not only does the league insist on playing these dull Thursday night games,they insist on making the teams playing in these terrible uniforms.

From the Jaguars playing another game in those puppy shit-colored uniforms to the faux-backs the Broncos wore against the Chargers (that was the wrong shade of blue on the helmet to be a real throwback) to the terrible Seattle Seahawks’ neon green jerseys that my retinas are still recovering from as of press time.

Why not bring back uniforms that fans want to see? Like maybe the throwback uniforms that most teams used to wear? Fans liked them and for the most part,they’re pretty much gone because of “safety reasons”. But for some reason these uniforms are okay? Fuck outta here!

8. People who think politicians are responsible for and the reason why their lives suck

This one really struck a chord for me and the reason being is because so many people are of the belief that something in their lives sucks because a certain people is/isn’t in office.

The reason you are where you are in life is because of you. Nobody can change your situation other than you. Sure,people can move chess pieces to try and help open a lane for you to got through,but in the end,it’s up to you to make something positive happen in your life.

I used to have it pretty bad when it came to my financial situation and growth in my professional life, and the reason why was because I wasn’t doing enough of anything at all to get to where I wanted to be. Sure,there were road blocks beyond my control,but I didn’t do enough to break any barriers down.

No politician can do that for you. They don’t care enough about you to try and help do that. If you think the President-elect is going to help you get that promotion or a raise or a sweet new air hockey table or even cares to,then I have some oceanfront property in Nevada to sell you. 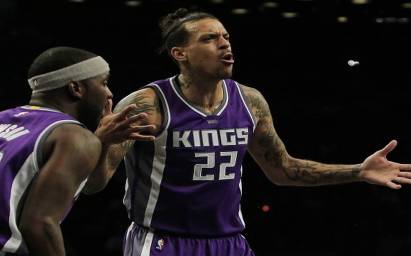 Okay guys, I tried getting you to stop wearing buns in your long-ass hair,but a lot of you didn’t listen or even read this list last year.

It’s gotten to the point where NBA players like Jeremy Lin and Matt Barnes are wearing these. Now,if you remember last year when I said Joakim Noah is the only one allowed to wear one. Well,his has to go,too. I’m not even sure if he still has it because I haven’t seen him play in like five years because he’s been injured, but like I said,his needs to go,too.

It’s unappealing, it’s unattractive,and it’s grounds for your Man card to be revoked. Don’t ever get revoked like that. Be a man,lose the bun! 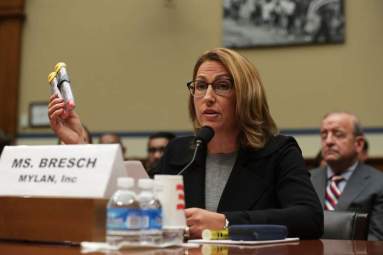 After hearing about how much an EpiPen costs now for people who may not be able to afford one with even the most adequate of health coverage. I know people who need these things and that’s a ridiculous amount to charge for something as vital.

In 2016, Mylan announced the price would go up to $600. The CEO of the company,Heather Bresch, defended the price gouging, saying in December ,“The pharmaceutical system was not built on the idea of consumer engagement.”

Those comments and this price gouging is exactly what’s wrong with our healthcare system. My father always said that healthcare should be a given like the police and firefighters,and he’s absolutely right. This is why the U.S. is in the middle of the pack when it comes to healthcare and why next to nothing is done to improve it, in fact, things like this only make it worse,to the point where the only ones who can be healthy are the ones who afford to. It’s either “Don’t get sick,but if you,go fuck off and die.”

All I have to say is that there’s a special place in Hell for people like Bresch and that douchebag Martin Shkreli for doing the shit they’ve done to make sure more people get sick and die rather than be able to get the medicine they need to keep going. That is unless they scrape together the funds to do it.

He and many others of the Krapdashians have been here before!

Is there any other entertainer more overrated than this man? I don’t think so.

Kanye West is by far overrated. He only had one good song in his career and it’s been a “Who Cares?” career for him ever since. Beyond that,he’s quite a prick.

If you were at one of his shows on his recent tour,you saw how big of a douchebag he is as well as a time waster he is. He wasted your time by showing up to his own concert 90 minutes late,he also only performed two songs and then went on a rant about how much he would’ve voted for Trump had he even bothered to vote and then he decided to end the show.

He is not worth the price of admission, he’s not worth the hard-earned money you paid to go see him. All he cares about is himself and himself only. I seriously believe that if there was a way he could have sex with himself, he would.

You’re much better off seeing performers who are worth your time and money and won’t eave you waiting and leave the show early.

4. The phrase “You,too,can grow up to be President” and us telling our kids that

I’m sorry to put this item on the list,but with the way things went in this election and how terrible it was and still is, we have to stop telling our kids that they,too,can grow up to be President.

Why? Because President-Elect Donald Trump is the result that you’re going to get.

Not everybody is cut out to be in politics (or even talk about them in some instances) for the same reasons that I’m not cut out to be a professional ice hockey player or the host of Jeopardy! I don’t know how to ice skate and I’m not smart enough to host that show.

When the people who believe that they’re cut out for a job such as President run for the office when they really shouldn’t and make people believe the utter shit they spew out of their mouths, it then creates a slough of idiocy that this country doesn’t deserve.

Case in point: Just because you think you can do it doesn’t mean you should. 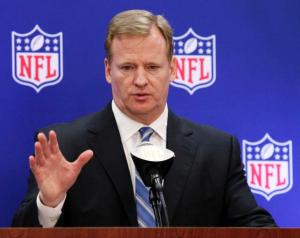 Just because he dropped a spot from last year doesn’t mean he’s not still a terrible commissioner.

From his continuous witchhunt on the New England Patriots to the officiating not being up to par to not knowing how to handle domestic violence issues to not allowing the players to have fun when it comes to celebrating touchdowns, Goodell has done anything and everything possible to make football less enjoyable and it’s been happening on a yearly basis.

I truly hope that one day the owners vote him out and replace him with someone who will restore the excitement and make it a fun game to watch again. Oh,and hopefully that commissioner will bring back throwback uniforms. I’d really like that a lot!

2. CATCH-ALL: Voter intimidation and plugging your nose and voting for someone

In this election cycle (both the primary and general), I experienced some people intimidating me to vote a certain way. They said that my vote was a waste if I didn’t vote for one candidate so that the other doesn’t get elected, that my vote for a third party candidate was helping the other person win and that a so-called “protest vote” was not a good idea in an election that was “so important”.

Well,I have some news for all of you. I didn’t vote for either of the two main candidates or the main third party candidates.

Instead,I voted for the person who I thought should be President.

There was no way I could plug my nose and vote for someone who I didn’t feel was worthy of my vote. Honestly,I feel that anyone who did that was throwing away their vote a lot more than I was. They didn’t vote for who they really wanted,I did.

Which leads me to my number one pick… 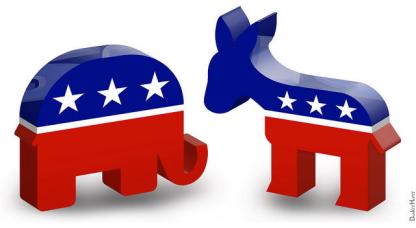 I think the main problem with the country’s two-party political system is that people feel like they’re shackled to voting for the candidate their party has propped up (willingly or reluctantly) and because there’s a D or an R next to their name they have to vote for them.

Beyond that, these political parties are rapidly dividing us as a country and as long as they’re operating the way they do,they’ll continue to.

After this election ended, I ended my affiliation as a Democrat. Why? Because the party abandoned its base because Wall Street and their money and their interests became more important than real issues and making a difference to real people. There was one guy who was for just about everything I was, a guy who could’ve easily won this election,but the Democrats weren’t interested in having him as their candidate. Since they didn’t think he was a good fit for the presidency, I didn’t think the party was good enough for me to be apart of and I didn’t want their values to be aligned with mine.

Also,why do we have to have two parties? Why can’t we have more parties and more options on who to vote for? Not just for the Presidency, but for any election? And why isn’t there an option for None of the Above? I think had that been on the ballot that it would’ve garnered a lot of support and possibly would’ve won. Then you have the current president sit as the interim president until we get a clear winner.