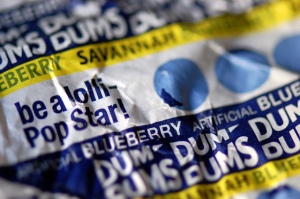 As most of the people that know me in real life know, I am crazy about Dum Dum Pops. They are just the best lollipops ever. They’re not too big and not too small, they are just enough to satisfy a quick sweets fix.

So on Thursday while shopping for prizes for a quiz I was putting on, I picked up some of these and to my surprise, a new flavor was in there. It was called Savannah Blueberry, named after the girl who was the winner of a contest that Spangler Candy, the maker of Dum Dum Pops, had (which I thought was going to be another flavor for the winner). So during the quiz, I announced that whoever won the bag of Dum Dums would have to save me a blueberry one so I could try it. They obliged and I did and I gotta tell you that even though I thought they were going to make the pumpkin flavor, this one is very very good! It has a very good flavor, it tastes even better than a regular blueberry does, and the best part of all,  it leaves a cool blue streak on your tongue which is just beautiful.

Currently they have another poll at their website dumdumpops.com and in the lead at press time is the bacon flavor. I hope they make this, and once they do, I will try it and review it for you. But as far as what I have just tried for you, the loyal reader, I give it a… 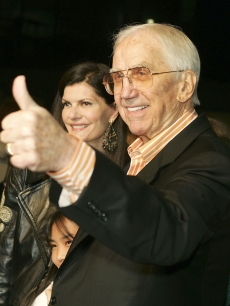