With the Sacramento Kings moving into a new arena in just six months,I had a feeling that they just might get a new logo to coincide with said move and over the weekend a new logo was leaked which confirmed that hunch.

On Tuesday,the team unveiled what some of us had seen online,the new logo and alternate logos. Gone is the logo the team had since 1994 and in its place is a new update on a retro logo.

“We want something that represents the entire history of this franchise, dating back to its early days, while also looking ahead to the future,” said team president Chris Granger.

The primary logo is a purple crown with Sacramento on the front of it with a Kings wordmark sandwiched between the crown and a silver basketball,giving the Kings a new twist on a classic look.

There are also secondary and alternate logos. Per the team’s press release:

The secondary logo featuring the lion, pays tribute to the unmatched pride and loyalty of the NBA’s best fans. The “Sac” badge is dedicated to the bold and unwavering devotion the Kings organization has for its city. A new crown logo reflects the rich tradition of the team dating back to its origins, reminding the fanbase and the community of Sacramento that, “we are all Kings.” The heralding lion crest represents leadership and strength and will be used as the Kings work to make basketball the premier global sport of the 21st century. (Pictured below)

“When the Kings moved to Sacramento in 1985, the city was transformed. Today, we aim to do it again,” said Owner and Chairman Vivek Ranadivé. “This brand kicks off a new era for our franchise as we move into the most technologically-advanced, most environmentally-friendly arena in the world. As Sacramento becomes the next great American city, this identity honors our heritage while moving us forward.”

Uniforms for the team will be unveiled in the “coming weeks and months” as per the team.

I was kind of expecting the team to go in a direction such as the one they did and they didn’t disappoint in my opinion. I’m not crazy about how the S looks on the Kings’ wordmark or the SAC wordmark on the alternate,but overall,I think it’s a nice look. I also like the lion alternates. Those are pretty neat,especially the round one! I am anxious to see what the uniforms will look like when they are unveiled. Once they are,you can expect to see those reviewed on this same site! 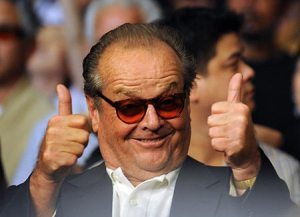