Are the Kings losing the next generation of Sacramento basketball fans to the Warriors?

With the recent success of the Golden State Warriors and the decade-long decline of the Sacramento Kings,it makes me wonder if the future generation will ignore their hometown team in favor of the one 90 miles to the west. 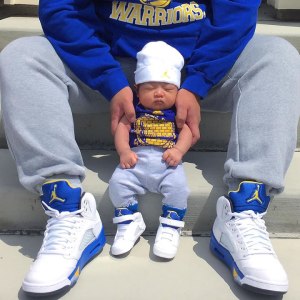 “Without a doubt. Like Bulls fans of the ’90s on the West Coast,” said SportsTalk916 co-host Greg Boehl

One of the main things I wanted to know is why. Why is our future generation passing on the Kings for the Warriors?

The Warriors in the last couple seasons have developed quite a following, not just in the Bay Area,but across the country. I was in downtown Sacramento on Saturday and saw quite a few people wearing Warriors gear and kids wearing blue and yellow Stephen Curry jerseys. Even at Disneyland nearly two weeks ago there was a big population of Warriors fans. Sure,that’s Southern California (a.k.a. Lakerland), but Disneyland is a place where you find many tourists. In contrast, I didn’t see anyone wearing any Kings gear when I was there,unless you count the Los Angeles Kings,of course.

The Kings have not been very successful for a while now and people here have put up with a lot from the ownership of the Maloofs being awful to the attempted relocation attempts to Anaheim, Virginia Beach,and Seattle to the current woes of the team where the head coaching position is as stable of a job as someone selling snowmobiles in Hawaii. I think a lot of that has turned off fans even locally and they’ve hopped on the Warriors bandwagon and so have their offspring.

It wasn’t always this way. Over a decade ago the Kings were one of the league’s best teams and were even on the brink of a championship. They had a vast fanbase reaching across more than Sacramento. There were fans in Reno,in the North State, in the Central Valley,and even in the East Bay if you can believe it. Why? Because the Kings were successful and the Warriors weren’t. What a great time it was to be a basketball fan here.

Several years later the tables have turned and honestly if the Kings don’t have any kind of real success on the court in their flashy new arena, the fan base of this team will erode dramatically because the kids here will be more interested in the Warriors because of the kind of history they’re making on the court. My one hope is that adults who are Kings fans who have kids are teaching them the ideal of loyalty and that sticking with your team in good times and in bad is not only vital,but also builds character. It’s easy to root for teams who are winning now, but being with them when the winning ways end makes you a better sports fan.