We begin this week’s Odds & Ends with some World Series wishes from fans of baseball from all walks of life and different fandoms. 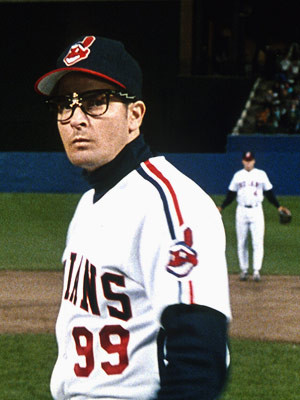 The first wish is for Ricky “Wild Thing” Vaughn,the character played by Charlie Sheen in the “Major League” movies (the first one being one of the Sports Geek’s favorites) to throw out the first pitch in one of the World Series games the Indians will be hosting.

Petitions have been going around and even Sheen himself said he would be honored if called upon to throw out the first pitch.

Unfortunately for Sheen and us baseball fans that won’t be happening because the team has already pre-determined who will throw out the first pitches before the team hosts their games in the series. A spokesman told the Associated Press that the league collaborated with the Indians to identify “former franchise greats” to do the honors.

Honestly,I think the Indians missed a giant opportunity here to have Sheen as Vaughn throw out the first pitch. That movie was so great and so many people identify the Indians because of the film and yes,while Ricky Vaughn was a fictional character in a movie about a real baseball team,seeing Wild Thing in the leather vest,the veg head haircut,and the black plastic glasses with the skull and crossbones on the bridge of the frames would’ve been epic. I think for the Indians and Major League Baseball,this was a wild pitch that’s rolled all the way to the backstop. 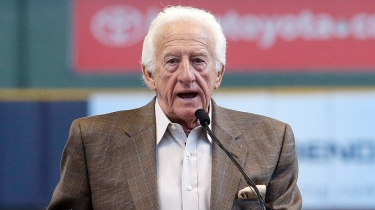 The second wish was one petition I was more than happy to sign was the petition to remove Joe Buck from broadcasting the World Series and replacing him with Bob Uecker.

The petition,which can be found here,calls for Uecker,the current radio voice of the Milwaukee Brewers,a job he has held since 1971, to broadcast the games and refers to him as a “national treasure” and they also say that “replacing Joe Buck with Uecker would put one of the truly great entertainers in the game on its biggest stage.” At the time I signed it,more than 10,000 people signed it and the goal is 15,000 signatures.

While I’m 10,000-percent sure that this isn’t happening, I would absolutely welcome it if it did. Uecker is as described above, a national treasure and an entertainer. He is one of my favorite broadcasters to listen to because he is and has been part of what makes baseball great and he makes it fun as well. Buck bores the shit out of me. Not only is he smug but he never shows any enthusiasm in games he calls and when he does,it sounds forced. Also,it always feels like he’s against your team and for the other one. I don’t know when Fox is going to get the hint that this is a broadcaster who’s not only biased,but also boring.

Not to be a Patriots homer or anything,but the punishment for Bengals linebacker Vontaze Burfict nearly taking out Martellus Bennett’s knees was absolutely not enough. 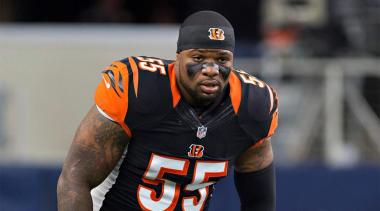 Nearly nine months after taking out Antonio Brown in the playoffs and getting popped three games for that incident,the league only fined him $75,000 and didn’t suspend him. He also stomped on Patriots tailback LaGarrette Blount,an incident that is being appealed.

Honestly, when is the league going to send the message to not just Burfict,but to every player that hitting a player that low and possibly injuring them is far from okay? Beyond that,this player is a repeat offender. He should’ve received,in my view,a six-game suspension and a fine twice the size of the one he received for what he just recently did. If the league is serious about cracking down on hits like this and promoting player safety, they’ll pop their players for more severe punishments. 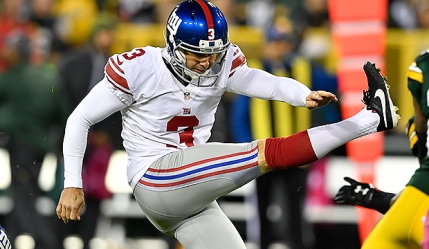 Giants kicker Josh Brown admitted to domestic violence in letters,a journal,and emails. The documents were part of Brown’s final case file by the King County (Wash.) Sheriff’s Office stemming from a May 22, 2015 arrest following an incident with his wife, Molly Brown.

In one of his journal entries, Brown wrote that he has “physically, mentally, emotionally and verbally been a repulsive man.” Several sentences later, he said he abused his wife. He also detailed his “arrogant and manipulative thinking and possessiveness,” according to ESPN.

As a result of what he did,the league suspended him for a game in August before they later put Brown on their exempt list,where while he won’t be playing,he still gets paid and retains his roster spot. The NFL’s domestic violence policy establishes a six-game baseline for first offenses but allows for aggravating circumstances that can make the suspension longer or mitigating circumstances that can make it shorter.

I’m honestly disgusted,not just with what Brown did, but with how the league has handled it. This man should not have a job with this team right now. This is a man who does not respect women or even his wife and from what I’ve read about what he did to her,it’s shameful. One game is not enough,not even six games is enough. He needs to not be on an NFL roster and also needs to undergo counseling and get some help for not only his sake,but also for the sake of his family and his wife should she even want to still,for some reason,be with him.

Honestly,if Ray Rice had to be blackballed from the league,why can’t Brown? 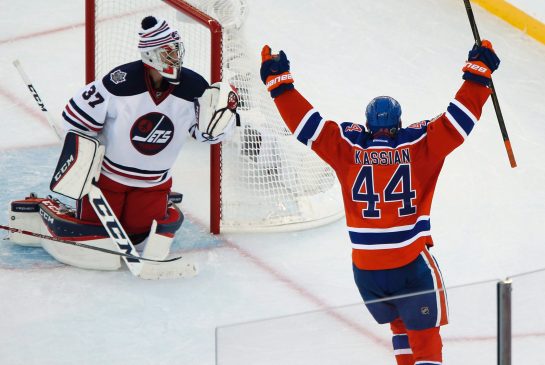 Zack Kassian celebrates his goal in the Oilers 3-0 victory against the Winnipeg Jets in the Heritage Classic on Sunday.

Finally we end with the sudden resurgence of the Edmonton Oilers. As of press time,the team is enjoying a 5-1-0 record and has 10 points in the standings,which gives them the best record in the NHL. In contrast to last season,it took the team until its 13th game to get their fifth win of the year, a 4-2 win over Philadelphia that saw their rookie center Connor McDavid break his collarbone.

The Oilers won in the great outdoors of Winnipeg in the Heritage Classic where they beat the Jets 3-0. Cam Talbot had 31 saves in the shutout, Mark Letestu had a short-handed goal with Darnell Nurse and Zack Kassian notching goals of their own in the victory. Connor McDavid leads the league with nine points so far this season, a year in which he was named the captain of the team at age 19.

This team is looking a lot different than they have in recent years. They’re playing with a determination,speed,and toughness that I haven’t seen in them in such a long time. I think the additions of Milan Lucic and the integrity and leadership of McDavid as well as the superb coaching of Todd McLellan have helped shape this team into where they are now.

Am I gushing too much over a great six-game start of the season? Perhaps,but there’s this feeling that this Oilers team is going to be pretty good not just this season,but for seasons to come and as a longtime fan of this team,it’s pretty awesome to see,but at the same time,it’s kinda weird because I’ve been so used to them sucking for so long.

That’s all I have for Odds & Ends this week,we’ll catch you next time!