The San Francisco Giants received their World Series rings on Sunday, and then proceeded to play like a team that finished in last place.

In one of the worst performances I have seen from a defending champion, the Giants gave up nine runs to the Cardinals, who never looked back as they boatraced San Francisco 14-3.

Folks,I know it’s early in the season and I know you’re going to drop a game here and there,but to lose like that on that day is downright embarrassing. I’m not hitting the panic button on the Giants, it would be stupid to do that now,but when you lose 14-3 like that, it makes you wonder a little bit.

I’m not saying the team shouldn’t be proud of what they accomplished last year,of course they should, I just think it is time the Giants put the 2012 season behind them and focus on this season. If they can do that, I think they’ve got a shot to get back in this thing.

One of the big stories to unfold this week was the video of Rutgers head coach Mike Rice abusing and berating his players ,something he was suspended,but not fired for back in December. The first time I saw this was in the middle of the night sometime last week (Sorry,the days from last week kinda blur together) on a late night edition of SportsCenter. I couldn’t believe what I saw, it was reminiscent of Bobby Knight choking Neil Reed back in the day.

But this was worse, this was a man verbally and physically abusing young people,something that should never have happened and something nobody should be okay with. Rice was fired last week,but it should have happened as soon as administrators knew what was up. I think the delay in the firing of Rice was due to Rutgers joining the Big Ten and anything to disrupt their intention to do so may have been damaging to the university. I think more damage was done by not doing anything about this incident first and to be honest,if I’m a parent who is thinking of letting their kid play for Rutgers in any sport,I’m thinking twice. 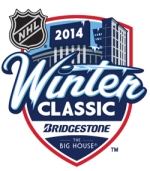 The Winter Classic is back on at the Big House in Ann Arbor,Mich. where the Red Wings and Maple Leafs. The event is sure to break attendance records for a sporting event.

I am,however, still hoping that one day this event will reach the West Coast or at the very least have a West Coast team participate in it. There are fans out here who enjoy hockey and if the league doesn’t want the event to get stale over time, they need to open the participation to teams out west as well. Seeing the same teams in it year after is going to get old and seeing as the event is gaining popularity year after year as the league’s signature regular season draw, variety may be good for it.

Don’t get me wrong,I’m excited to see the Leafs and Wings face off in Ann Arbor, but I’d be even more excited to see an Oilers-Sharks match-up at AT&T Park one day (I am so the King of Wishful Thinking).

Catch me and the great DJ Mappquest on Sports Madness, this Tuesday from 6-7pm Pacific Time on kssu.com, Sacramento State Student Radio. You can also listen to the show via the TuneIn Radio app on your smartphone. Search: KSSU