For the 11th time in 12 seasons,the Edmonton Oilers will be watching the Stanley Cup Playoffs at home instead of being participants. Not only were the Oilers considered a lock to be in the playoffs again,they were also sexy picks to not just get to the Stanley Cup Finals,they were picked to win it all.

Instead, everything that could go wrong did. From bad trades to injuries to players not playing up to their potential, it was not a good year for the Oilers as well as fans in Oil Country. This piece aims to look at what happened with the Oilers this year and what needs to change going forward.

Without further adieu, let’s look at what happened to the Edmonton Oilers in the 2017-18 season.

Oilers general manager Peter Chiarelli made a few moves in the offseason that turned out to fall flat. Trading longtime Oilers forward Jordan Eberle to the New York Islanders for Ryan Strome was one of note. Sure,Eberle fell flat in the playoffs,but in terms of having him versus Strome in the line-up was a no brainer. The addition of veteran forward Jessi Jokinen was also a bad move and he ended up getting traded to Los Angeles for Mike Camilleri,which was also another bad move. Combine that with letting guys like Tyler Pitlick, Benoit Pouliot,and David Desharnais go and you had a team that was missing a lot of pieces that were a part of what made last season happen.

A lot of moves Chiarelli could’ve made,such as trading for Travis Hamonic, didn’t happen and as a result,the Oilers had a lineup full of guys that were less than stellar and what was thought to be a team that had potential to work well together and could score a lot of goals didn’t materialize as such. Keep in mind, this is the same man who dealt guys like Tyler Seguin and Taylor Hall (more on the latter later). 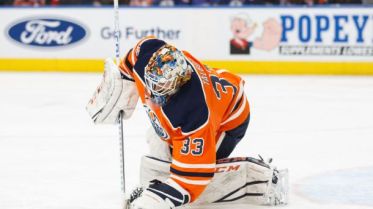 When all three of those key areas are as lacking as they are,it’s a recipe for a bad season.
Edmonton set a new NHL record for penalty kill futility on home ice (61.4-percent) in a season, but have the NHL’s best penalty kill on the road.

Cam Talbot brought a .903 save percentage into the New Year. Talbot was unable to deliver key saves, especially early in the season and early in games, particularly on home ice.

With special teams looking anything but special,the Oilers weren’t heading in the right direction at all and were a big contributor into what sank what was supposed to be a promising season for the team. 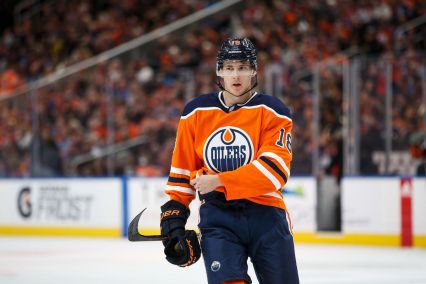 As said earlier in the piece,the team was scored on early and often and when you have that kind of bad luck going for you in many games this season, things may not go as hoped.

Beyond getting scored on out of the gate, the team had a lot,and I mean a lot, of shots that hit the post of the net this year. I think they led the league in that category. If that isn’t bad luck, I don’t know what is. If those goals had gone in, I’m sure the 78 points the Oilers tallied this year would’ve easily gone up to 90 or so,not enough to get into the playoffs,but enough points to not be considered that much of a disappointing team and this piece never gets written.

Also not going the Oilers’ way were coaching challenges. They lost a majority of them throughout the year whether they challenged calls on their end or for the other team when it came to a questionable goal call. Calls did not go their way whatsoever. Call it what you want it,whether it be bias against Canadian team or just this one, it was bad luck for Edmonton and adding that to the list of what went wrong is only fair.

Too Much Size,Not Enough Speed 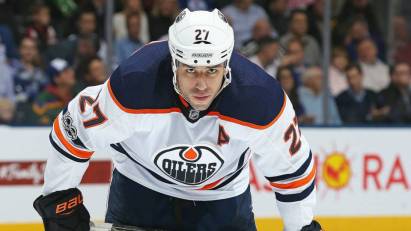 Again, the team was built with a lot of size and while the speed on this team is certainly there, it was overshadowed by the fact that guys like Milan Lucic and Patrick Maroon were on this roster. Lucic’s time in Edmonton has been rocky at best and while he did have 20 goals last season, his production wasn’t there this year at all and when that happens and you’re a big player who isn’t as fast as the younger guys on the team, the size of you yourself and your contract are going to be picked apart. Maroon was shipped to New Jersey at the trade deadline.

When you have the fastest player on the planet on your team you have to have guys that can play right along with him that aren’t going to be too big or too slow and I think it played a small part of why the Oilers weren’t a success this year.

While Taylor Hall has been two seasons removed from his time as a member of the Oilers,his MVP-caliber season this year is part of why he and the Devils are heading to the playoffs this year and his success has made many Oilers fans wonder why he was dealt in the first place and if his production in New Jersey this year would’ve made a bigger difference in Edmonton. While Hall’s success now is a non-factor now,it doesn’t make the trade that brought Adam Larsson over any easier to swallow,it just rubs salt in the wound.

What Has To Happen Going Forward?

So,what do the Oilers do to try and make everyone see that this season was a fluke? 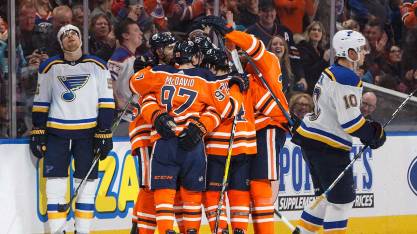 Well,first and foremost, they need to get skaters with speed who would not only be able to play on McDavid’s line potentially,but also Draisaitl’s. I would like to see them retain Ryan Nugent-Hopkins and have him anchor a third line. Nugent-Hopkins had possibly his best season and was one of the biggest bright spots in a down year on the team aside from McDavid and Draisaitl having good years. However,I understand if they need to deal him to get players to guide McDavid’s line like a Max Pacioretty or a Mike Hoffman.

Now,it’s been debated over whether either general manager Peter Chiarelli or coach Todd McLellan need to go,or if both need to go. I think Chiarelli,if anyone,probably does. Why? Because of how this team was built,it was built on size,not speed in a league where speed is key. I get that he wanted this to be a team that nobody wanted to mess with after years of them getting knocked around. It’s almost understandable to a fault,but at the same time when you have the league’s fastest skater in McDavid and not many others who are speedy like him to compliment him, things for your team aren’t going to go well and not having a player like McDavid in the postseason isn’t good for your team or for the league overall.

Is this situation fixable? Absolutely! I think if the Oilers do let Chiarelli go they need someone with a proven track record and has no ties to the organization’s Old Boys Club. I think their special teams areas can be fixed pretty swiftly and can be turned around next season. What needs to be filled are the holes on the roster that should’ve been filled before this past season.

I,as a longtime fan of this team,know that the front office knows that this year was squandered and that a player like McDavid is too good to not have the kind of team he needs around him to be successful. I don’t think this team was that bad,but they weren’t very good,either.

Do I think they’ll bounce back and be playoff bound in 2019? That remains to be seen and like all of you,I’m staying tuned.