We begin this week’s Odds & Ends with former baseball pitcher and certified blowhard Curt Schilling having outrage towards Hall of Fame voters leaving him off of their ballots.

He feels it is because of his uber-conservative political beliefs and his support of Donald Trump.

“[They] are not hiding the fact that they’ve stopped voting for me because of the thing I’ve said on social media. That’s their prerogative as voters….Fair doesn’t enter into it…My dad told me when you leave home at 18, the word ‘fair’ goes out the window. I’m OK with that…the world’s not going to treat you fair…if they don’t believe my baseball talent merits me getting in the Hall of Fame, so be it,” said Schilling.

Randy Miller of NJ.com is one of the writers who refused to vote for Schilling, but it wasn’t for his political beliefs.

“Schilling has stated that he believes that his political views are costing him a lot of votes, but I’m not taking this stance because he’s a conservative,” says Miller, “I’m a conservative. And I’m not punishing him for his stupid comments that got him fired from his ESPN analyst’s job in April 2016…So why am I not voting for Schilling? It’s not because I’d be embarrassed by “Cousin Schill” at the next family reunion. It’s because I just won’t allow myself to vote for a guy who’s always been a scumbag.”

Do I think people are passing on electing Schilling form his views on politics? Not really. I think it’s because he is and has been a borderline candidate for the Hall of Fame. While he is one of the best postseason pitchers in history,his 216 regular season wins are a paltry amount to get in, it’s certainly not enough to be a first-ballot Hall of Famer.

Beyond that, Schilling is a huge jerk. I’ve never been a fan of his character and his resistance to tolerance and compromise given his beliefs politically are the kinds of things dividing us as a society today. However, those beliefs alone shouldn’t bar him from one day being a Hall of Famer. His less than stellar career stats just might.

after four seasons. Dykes was 19-30 during his time in Berkeley and went 5-7 this season. His lone winning season was with Jared Goff as quarterback in 2015 when Cal went 7-5 and beat Air Force in the Armed Forces Bowl.

His teams were known for having great offenses and good offensive players,but defenses that gave up a ridiculous amount of yards and never improved as the season went along and as a result,Cal lost a lot of games that they easily could’ve won if they had enough of a defense to do so.

So,who is in line to replace Dykes? I think a certain coach who just got fired from a Bay Area team who has experience as a Pac-12 head coach would absolutely be perfect. Yes, Chip Kelly. Kelly has proven that his system wasn’t a good fit for the NFL,but it’s an excellent college system and a place like Cal that’s been starving for success and can get it easily in a conference like the Pac-12 could make them a perfect destination for Kelly. I can’t help but think that the move to oust Dykes wouldn’t have been made if they hadn’t had someone else in mind. 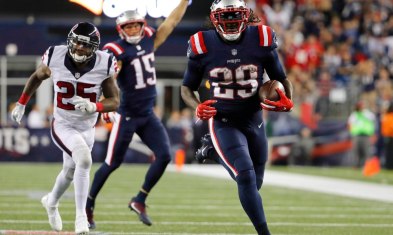 Memo to Houston Texans fans who think their squad has a shot against the New England Patriots: Keep dreaming.

After Houston’s 27-14 win against Oakland in the Wild Card round, they get to travel to Foxboro to face a well-rested Patriots squad on Saturday. The last time these two teams met was in the regular season on Sept. 22,a Thursday night match-up during the unnecessary Tom Brady suspension. Third-string quarterback Jacoby Brissett led the Patriots to a 27-0 victory.

The Texans opened up as 16-point underdogs on Sunday.

Is it fair to put some partial blame on Odell Beckham Jr. and the New York Giants receivers and their boat party with Justin Bieber on why they lost to the Packers on Sunday? 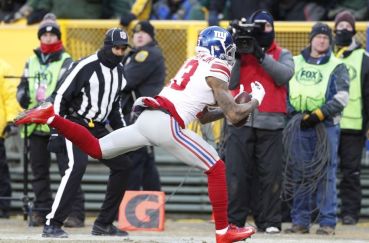 Beckham only had four catches in New York’s 38-13 defeat for 28 yards and dropped three passes. His teammate,Victor Cruz, had only three grabs for 30 yards. The leader in receiving was some guy named Tavarres King,who had three catches for 73 yards,including a 41-yard touchdown in the third quarter to bring the Giants within one point.

Eli Manning did what he was able to do to try to win, throwing for 299 yards in a losing effort. With his first playoff game upcoming,you would think Beckham would’ve done everything possible to try and prepare for a hot opponent like the Packers, but instead chose to get the offseason party going a little bit early in Miami.

Following the game, the grounds crew at Lambeau Field witnesses Beckham punching a hole in a wall and was seen banging his head against a door.

While I’m far from qualified to say what someone should do when a day off comes up, but partying on a boat in Miami with a douchebag singer is probably not the way to go. If it were me, I would probably be taking more effort to try and prepare to try and survive another week.

Now Beckham has all the time in the world to go boating with Biebs and to wear Timberland boots while doing so. 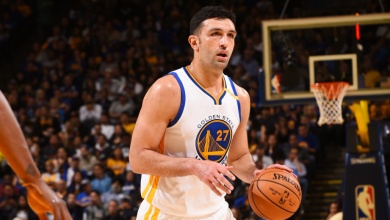 Finally this week, how in the hell is Warriors center Zaza Pachulia getting more All-Star votes than Kings center DeMarcus Cousins?

As of press time, the early returns of fan voting showing Pachulia second in fan voting for Western Conference frontcourt players behind his teammate,Kevin Durant. Meanwhile, Cousins is sixth behind Kawhi Leonard, Anthony Davis,and Draymond Green,respectively.
Pachulia’s 5.2 points per game and 5.8 rebounds per game are a far cry from Cousins’ 28.5 points per game and 10 rebounds per game. While Pachulia has started every game for Golden State, his statistics are far from worthy of being an All-Star,while Cousins,Davis,Green,and Leonard all have better statistics and are move vital to success of their respective teams.

I know it’s early,but this is part of why fan voting is not the best process. Sure,it’s a game for them, but I don’t think every single member of the Warriors’ starting lineup should be going to New Orleans for this game. The sad thing about this is that we went through this last year with Pachulia,then with the Mavericks, at one point leading over Cousins in voting,only to have the latter go to the game for the second time in his career. While I don’t know if Cousins will make his third trip in a row to the midseason alley-oop/dunk contest, I do know that Pachulia won’t get there,nor should he.

That’s all this week for Odds & Ends,we’ll see you next time!