American Pharoah did something no other horse did in my lifetime until Saturday. he won the Triple Crown.

In Elmont, New York at the Belmont Stakes, the three-year old bay colt was spectacular running wire to wire in the race that 12 other horses bidding for the Triple Crown was difficult to get. For trainer Bob Baffert and jockey Victor Espinoza, it was a moment they will never forget. For the fans in attendance, it was the chance to witness history and to see this sport’s longest Triple Crown drought disappear in an instant.

It seemed like American Pharoah was going to do this. He was masterful at the Derby as well as the Preakness and when you watched him race, you felt like he was going to win every time. Saturday was no exception and while I was unable to watch the race until seeing a replay of it when I got home from out of town, it was a dandy and a thrill to see something not done in my lifetime finally come to fruition. 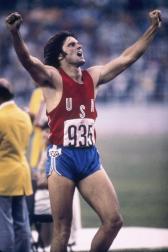 Despite cries for Caitlyn Jenner’s Olympic medals to be rescinded, the International Olympic Committee has declared that she is allowed to keep them.

“Bruce Jenner won his gold medal in the 1976 Olympic Games and there is no issue for the IOC,” communications director Mark Adams told Yahoo! on Thursday, using Jenner’s name from before she announced her transition this year.

The verdict came as a petition to have Jenner’s medals revoked is and has been going around. I agree with the IOC’s decision for Jenner to keep her hardware. She may have been a man at the time she won them,but she still won them.

Nobody can take away what she accomplished in a different time of her life. She was at one point in time Bruce Jenner and regardless of who she is now,she shouldn’t have to lose what is rightfully hers.

I do think,however, that Jenner should be sharing the Arthur Ashe Courage Award ESPY with Mount St. Joseph basketball player Lauren Hill,who died of brain cancer in April at the age of 19. Before her death,she continued to play for her team despite her terminal condition. 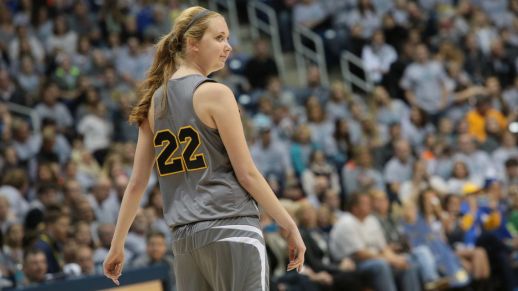 When it was announced that Jenner was to receive the award, a lot of people were frustrated that Hill was not receiving the award instead of Jenner. One person wrote on Twitter “Elective surgery isn’t courage or bravery. Fighting brain cancer with grace and dignity at 19 is. Lauren is most deserving.”

I’m not here to debate if Jenner deserves it or not. I do think,however,that Hill should be just as worthy of it. My father died of brain cancer in January and he,like Hill, lived life normally until the end. He was everything and more to our family who was not ready to say goodbye to him. I would love it if ESPN could have these two women share the honor, I think everyone wins in that situation and that other people lobbying for Hill to receive the honor can live with the decision,too. 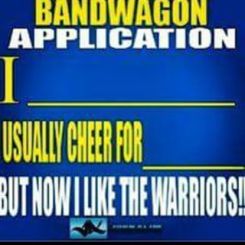 Just a reminder to all Sacramento Kings fans who are pulling for the Golden State Warriors to win the NBA Finals that if you buy any of their gear you are forfeiting being a Kings fan.

Nothing peeves me more when it comes to sports than when fans of other teams who haven’t been in the postseason since the Spanish Armada have another favorite team and then they buy the other team’s gear. It’s just not okay with me.
You can’t call yourself a Kings fan if you’re wearing Warriors gear. That’s like drinking a Coke when you work for Pepsi. That’s like buying food from Taco Bell and eating it at Del Taco. If you Kings fans are wearing Warriors gear, you are now Golden State Warriors fans. Period.

If fans think it’s okay to have two favorite sports teams, then it must be okay to be married to two women (or two men) at the same time. Wait, it’s not? Well,neither is the phrase “My second favorite team is…”

All I have to say is that when the Kings become successful again and are in the playoffs, I better not see any of you who abandoned them for the Warriors coming back to our side. You made your choice during a championship run, deal with it!

Same goes for you Laker fans on this very same bandwagon!