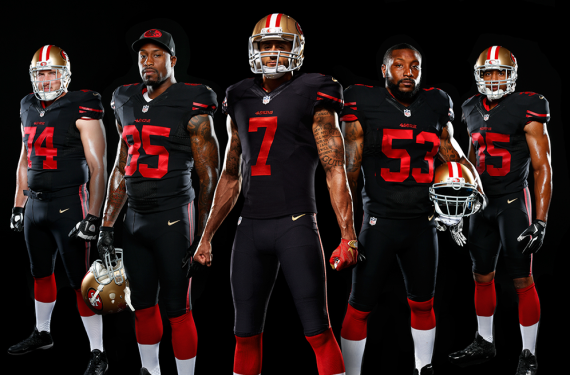 The alternate is a black jersey with red numerals and stripes paired with black pants with two red stripes on the sides and red socks. The gold helmet remains because the NFL isn’t okay with teams wearing more than one color helmet in a season anymore because of “safety” and shit.

Wait,what? Why all black? Aren’t the 49ers’ colors red and gold?

According to CSN Bay Area’s Matt Maiocco, these jerseys were “player-driven” and look like Colin Kaepernick’s practice jersey. These are the first alternate jerseys in team history and, from 49ers.com, were “the result of a coordinated effort between the 49ers, their players, Nike and the NFL.

Unfortunatelty, I disagree with Bowman a great deal. These uniforms look awful! There’s hardly any gold on it other than the freakin’ helmet. Too much black for a team that plays in that oven known as Levi’s Stadium. Also, why are you guys trying to look more like the Raiders? There’s no need!

I know that the 49ers are allowed to have an alternate uniform that they can wear twice a season,every team is, but just because you can do something doesn’t mean you should. Honestly,for a team that’s gone back to the drawing board, they’re going to have to do that with these uniforms.

I personally would’ve gone with a gold jersey with red stripes and numerals and red pants with two gold stripes on the sides. That would’ve been a lot more unique than what they unveiled on Thursday. 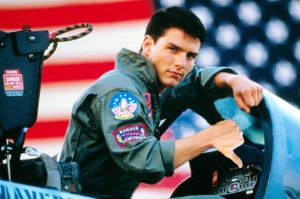 Hello Everyone, While it’s been a trying and difficult year, there were some great things to come from it and here today I give you my list of the Best […]
The Best Things About 2020
%d bloggers like this: