So in 2014 I actually did better on predictions. I got 3 ½ of them correct. I was right about Super Fun Night’s cancellation, Modern Family winning the Emmy for Best Comedy Series, everyone’s political posts on Facebook continued to suck, and the Dodgers or Red Sox did not win the World Series. So,what am I predicting for 2015? Well,here we go!

10. I will have a girlfriend by year’s end

This is a big time King of Wishful Thinking prediction,but I have been putting myself out there like never before and I think I have never been closer to finding a girlfriend. I don’t think it will happen right away as the new year begins,but by the the time the year is over I hope I will have found someone. Maybe I can find someone at Disneyland. A guy can dream,right?

9. The Philadelphia 76ers and Edmonton Oilers will both finish with their league’s worst record and not come away with the top pick in the draft lottery

Both of these franchises are train wrecks. The 76ers have acknowledged that they’ve been tanking and the Oilers have been showing us they’ve long been doing so. I have a strange feeling that these two teams will finish in 30th place in their respective leagues,but will not come away with the top overall pick via the draft lottery. The 76ers will probably get a top three pick,as will the Oilers,but the draft lottery has showed us through history that the worst team almost never gets the first pick despite having the most ping pong balls in the lottery process.

As an Oiler fan who is suffering year after year through the suckiness of a team that has no winning culture whatsoever, I hope they get the top pick,but they probably won’t. Connor McDavid deserves better anyways.

8. A Hollywood power couple will get divorced

This happens a lot more than we all care or wish to admit,but it is my belief that this year a well known Hollywood couple will surprisingly divorce. I have no idea who it is going to be and I am sure there are worthy candidates,but to pin down a single couple who would in fact get divorced is just not doable. Predicting this would probably get me a point for my prediction when we revisit these next December.

This is a borderline King of Wishful Thinking selection, but I don’t care because not too many people like this guy very much,especially if their team is in the postseason. Joe Buck’s saving grace when it comes to football is having the very smart Troy Aikman beside him as the color guy, but with baseball he is a homer for the other team and does a bad job in filling in details when doing play-by-play. If he vanishes, I don’t think people will care too much. Hell,maybe baseball will be better called without him. 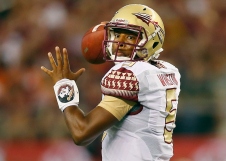 Something tells me that Florida State quarterback Jameis Winston won’t get drafted as high as everyone says he will be at this moment in time. Examples include Geno Smith and Johnny Manziel who at the beginning of the year they were drafted were projected Top 10 picks and slipped to the late first round (Manziel) or the second round altogether (Smith). Winston is a winner,that’s for sure,but his off-the-field behavior which ranges from crab leg theft to being loud in a cafeteria may rub NFL general managers the wrong way and he may slip out of the Top 10 or even the first round altogether. I think he falls to the late first round. He is pretty damn good even if he is a troublemaker.

We have no idea what they will look like yet,but the Cleveland Browns are slated to debut new uniforms for 2015. The Browns have long had a classic look that I actually like that in my view doesn’t need tinkering. However, with teams unveiling new ugly uniforms like Tampa Bay and Jacksonville,the Browns may be disappointing another group of fans who may wish and hope for their team to revert back to what they had before. I just hope they keep the helmet the same at least. I have a feeling they will,but the overall uniform is going to look bad. Very bad. 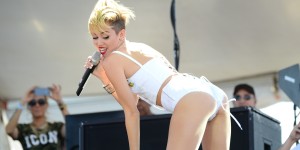 In my view, each of these people are candidates for rehab. Cyrus and Lohan have either been there or will be going there at some point. Sarah Palin is an interesting pick because she has had marital trouble and her family is a crazy trainwreck. Seth Rogen has long been addicted to marijuana,but he is kind of a wild card pick as is George W. Bush,but wouldn’t that be something if he somehow ended up there?

Whatever happened to car colors that were either bright,colorful,unique,or all of the above?
You never see cars that are purple or brown or powder blue anymore and those are the kind of car colors I’d sure like to see again. I mean,everyone has a black car or a dark blue car or a silver car. How many out there have a car that’s orange? That’s a short list. It’s time for car companies to add more colors to their palettes. The roadways would be more of a colorful place. 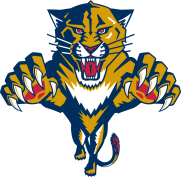 Take a look at the landscape of professional sports and you will find teams in every league who are looking for new homes. In the NFL,the Raiders are looking for a new stadium and it looks like it doesn’t matter where that is,whether it’s San Antonio,Los Angeles,or elsewhere. The Rams have a year-to-year lease at their current dome. No NFL team is moving to L.A. for ’15,but it doesn’t rule out that another city might get a team.

In the NHL, the Panthers aren’t drawing anybody to Broward County and cities like Quebec City, Kansas City and Las Vegas have been mentioned as possible new homes. There’s also continuous talk of the Arizona Coyotes maybe leaving the Grand Canyon state despite being in an arena that’s 11 years old.

The Tampa Bay Rays are looking for newer digs,but that might not happen in Tampa or St. Petersburg. Montreal has been mentioned as a possible future city for the,but who knows what the future holds for them.

In the NBA there isn’t really any team that is looking for a new city,but Seattle is always a bargaining chip and that is a fan base hungry for a franchise to call the Emerald City home.

Regardless of who does it or how it happens, I think a team in one of the four major sports will find a new home. My money is on the Florida Panthers. 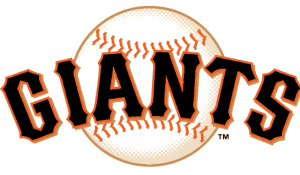 1. The San Francisco Giants will not win the World Series
I hope I get to be totally wrong about this,but given the Giants’ even-numbered year championship trend, I am probably going to be right.

With the loss of Pablo Sandoval and questions about who the team will acquire are still lingering, it’s hard to see this team repeating what they did in 2014. Not to mention the Dodgers pretty much acquired everyone who was a free agent or who is good and added them to their roster. I’m not saying it’s any recipe for success,but this method may work for them eventually. The Giants aren’t going to do what the Dodgers did in hot stove action,but I hope they make more moves than they already have.