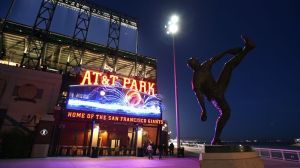 Though this mainly happened in 2013, talk of the San Francisco Giants sharing AT&T Park with their crossbay rivals,the Oakland A’s continued into 2014 and I continued to not want any part of it.

First of all,their tarp won’t fit over the third deck. Second of all, Giants fans don’t ever want this to happen. I’m sorry the A’s are having trouble finding a place to call home for the foreseeable future, but that temporary home should not be AT&T Park. Not only that,but I don’t think Lew Wolff wants to move there because he likes having the fans stay away.

I do think the A’s will one day get their new stadium,but that day is a long time coming so long as Major League Baseball continues to ignore them.

I know this is just a selection because I have no love in my heart for Eli Manning,but let’s face it,the New York Giants had no shot at making the playoffs. They aren’t that good of a team and are a shell of the lucky Super Bowl teams that they once were.

Also,Tom Coughlin’s time as coach should be over soon. Man,am I looking forward to the day Sheli retires. He sucks and so does his overrated team.

OK,this is what the Shake it Off music video should’ve been.

The moment I saw this video,I couldn’t stop laughing at it and the more I watched it,the more I thought that the song wasn’t too bad. At least she isn’t singing about a break-up for once (Yes,I did spend about a month trying to deduce whether or not it was one and found no evidence). But back to the video, it’s so prefectly synched to the dancers and how they’re dancing. The only thing that would’ve made it better is if Swift had been in the video itself.

ESPN’s Bob Ley has been with the network since the beginning and when he came back from covering the 2014 World Cup in Brazil, he brought a sweet beard back with him. Not a lot of television personalities have beards,and if they do,they aren’t very good (Example: Wolf Blitzer’s stubble fiesta of a beard). But Ley’s beard is pretty damn awesome. I hope he continues with the beard as long as he is on ESPN. Major upgrade for him!

6. The GM guy awkwardly presenting Madison Bumgarner with a truck

After the Giants won the World Series in 2014, the series MVP, Madison Bumgarner, was awarded with a brand new Chevrolet Colorado. Presenting it to him was Rikk Wilde, a regional zone manager for Chevrolet, and he was as nervous as Chris Farley was when he did his The Chris Farley Show sketch on Saturday Night Live.

It was a funny and awkward moment for television,but it made the World Series more entertaining than it already was,and stuff.

If it wasn’t for Richard Sherman’s rant about Michael Crabtree following the NFC Championship Game, we wouldn’t have a hilarious recreation of sorts of it. Someone had the genius idea to use a Muppets clip to dub over it perfectly with Miss Piggy as Erin Andrews and Kermit the Frog as Sherman. It did and still makes me laugh and it’s a perfect parody video if you ask me. 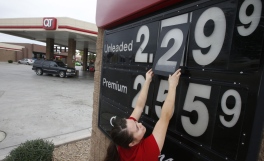 One really great thing that I didn’t really expect to happen this year was the fall of gas prices. Earlier this year we were at darn near $4 a gallon. Last night I filled my tank with $20 at $2.29 a gallon. Let’s face it,gas prices the last few years have been pretty horrendous and in my grocery days it was getting hard to afford. Now things are different and gas prices have hit a longtime low. You gotta admit that feels pretty nice.

This commercial was probably my favorite one not just of 2014, but of the last five years. It features a girl who is actually really hot getting down with her bad self at wedding after wedding.

I liked the commercial not because of how hot this woman is,but because of how funny it was to watch her dance. Any girl who can move like that and who still has her heels on at the reception while doing so is a winner in my book. Prouda you,dancing bridesmaid!

2. My 32nd Birthday at Disneyland

One of my wildest dreams came true this year as I got to celebrate my 32nd birthday at The Happiest Place on Earth.

I went with three co-workers and my co-worker’s nephew and we just had the best time. It was my first visit to Disneyland in 22 years and worth the wait. The weather was beautiful, the rides we went on were great and it was a weekend I wish that could’ve been longer. All the staff that was there was wonderful to us as well and I liked that they said “Happy Birthday” to me on my birthday when I had the button. I also compiled a nice collection of Disney pins throughout the weekend and when I go back in April I can’t wait to trade with the cast members. 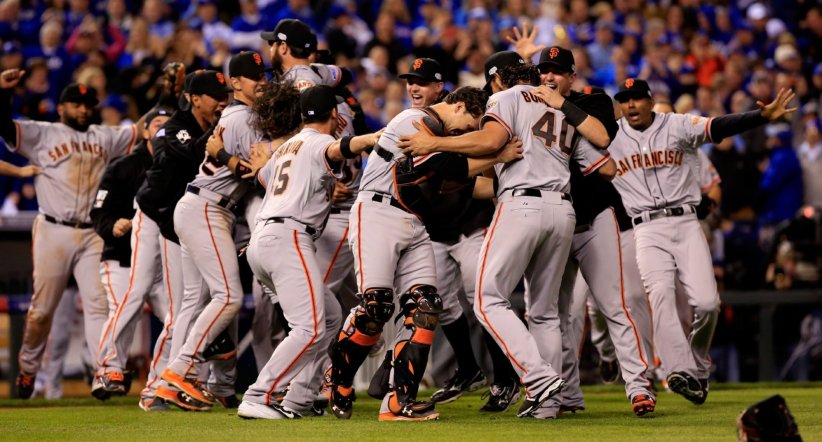 My Disneyland trip would’ve been the top item on the list had it not been for the San Francisco Giants winning the World Series for the third time in five years. When I was at a Giants-Dodgers game in July at AT&T Park and the Giants started Dan Uggla at second base and mustered only two hits against eventual league MVP and Cy Young award winner Clayton Kershaw, I hardly thought this team was postseason bound. But they eventually figured things out and made it to October.

What a postseason they had with getting past the Pirates in the Wild Card game,then beating the Nationals in the NLDS which included an 18-inning marathon of a game in which the Giants won 2-1 courtesy of a Brandon Belt home run in the 18th. Then they beat the Cardinals in the NLCS and a guy with a great first name,Travis Ishikawa, sealed the deal with a walk-off home run in Game 5 to get the Giants back to the Fall Classic. Standing in their way were the red-hot Kansas City Royals, a team in the postseason for the first time in 29 years and had not lost a playoff game until that point. The Giants and Royals played to the very last out to see who would win it and the Giants held on to win Game 7 by a score of 3-2 to win the series.

What a year they had and I hope they can continue this trend of winning,but hopefully they can get a championship in an odd-numbered year.