Our end of the year lists continue with my Predictions list. Last year I got only two right. I am pretty bummed about that,so I hope I get a few more right. Off we go!

10. Enchiladas will be the new food craze in America 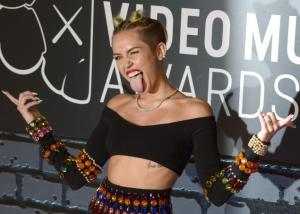 9. Miley Cyrus will shave her head completely and have some sort of surgery to have her tongue permanently sticking out

Okay, the latter probably will never happen, but something tells me that if she did do that,I would not be surprised. Miley has become so crazy that if someone told her to do something because it would be crazy to do, she would do it. Quite frankly if she did shave her head,it would be an improvement from her current hairstyle. Whoever took the weedwhacker to her head needs to finish the job.

8. The trend of ’80s singers singing in car commercials will continue. Michael Bolton continuing with Honda, spreading to Rick Astley for Toyota, Lionel Richie for Nissan, and Steve Perry for Kia

When Honda rolled out Michael Bolton for the holidays, that was not only hilarious,but exciting as well. It was exactly what the holidays needed. Now the other car companies need to get in on the act. Which is why I think Rick Astley will sing for Toyota,while Lionel Richie does Nissan ads,and Kia will bring out Steve Perry from wherever the hell he is hiding to sing for them. And Honda, please keep Michael Bolton on past the holiday season, he is a national treasure. 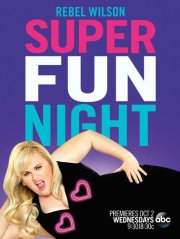 I am no fan of Super Fun Night partly because Rebel Wilson is so enormous and not funny at all. I actually tried to watch five minutes of this show and it is terrible. Plus,Super Fun Night? That is not a name of a TV show, a movie? Sure, but not a TV show. How about pluralizing it? Plus,this show has no business following Modern Family (which we will get to in a minute).

I originally had Duck Dynasty in the middle spot,but since everyone’s hero,Phil Robertson, is back, I put Glee in there and here is why: anytime a main character dies in a series, like Cory Monteith’s

character,Finn,did, interest will build back up and then after time,it dies again and the show gets canceled. It has happened before with 8 Simple Rules when John Ritter died and I think it will happen here. Plus, I was never a fan of this show anyways.

And American Dad just sucks! Like Super Fun Night, I tried to watch this show, and got through like 10 minutes. The reason why I hate this show is because it is basically Family Guy for Republicans and Republicans aren’t funny. Make more Family Guy,Seth,and we will all be okay!

6. Neither the Los Angeles Dodgers or the Boston Red Sox will win the World Series

I seem to always get this prediction wrong. Last year it was the Lakers and the A’s missing the playoffs (I might just have been a year off on that one because that could happen this year), but since I didn’t want to recycle that one, I thought we can do a new one.

The Dodgers have not won a World Series (or have been to one) since 1988. They keep spending to

win and that often times has not led teams to titles (See: New York Yankees 2001-08). I also think Don Mattingly is an overrated manager, Yasiel Puig is not being a responible player (on or off the field), and the NL West is going to get better because the Diamondbacks and the Giants will be better next year.

The Red Sox had a great story this past year with going from worst to first and being a rallying point for a city recovering from a tragedy in the Boston Marathon bombing. However, it is very hard to repeat and for that sole reason I do not seeing them winning it again. I could be wrong,though. 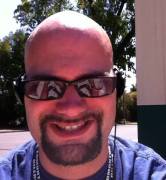 5. I will have some sort of major surgery

My last surgery came in 2009 when an inguinal hernia was removed from me. That was actually fun because that surgery was about me and and I was away from my terrible job for five weeks. I have to be due for another surgery by now,I mean it has been five years and I will be 32 this coming year. I just have a hunch that I will need something operated on,but it will be a success and I will be okay. No worries!

4. Modern Family will once again win the Emmy for Outstanding Comedy Series

I got into Modern Family this year and I kick myself for doing so sooner. What a great show! The thing I love most about it is that at any random moment something will happen out of nowhere that just makes you laugh. That comedic timing is something that very few shows have where they get it perfectly.

I don’t get up for many shows these days because television is not as good as it used to be,but this show is pretty original save for the single camera format used by The Office. Also,the show has a great cast and great writing and oh yeah,THREE straight Emmys for Outstanding Comedy Series (Take that,fans of The Big Bang Theory). This year,let’s make it four in a row! Why not? This show is better than anything else on television other than football,so I will give it to them. 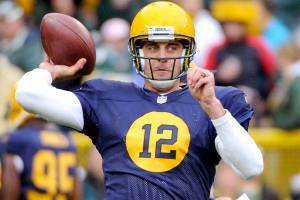 3. The NFL will reverse its decision for teams to only allowed to use only one color helmet shell.

This is my King of Wishful Thinking prediction this year mainly because,as a New England Patriots fan, I want to see them wear their Pat Patriot uniforms again someday,and that requires them to wear a white helmet,which is not allowed by the NFL at the moment because teams are only permitted to wear one color helmet shell per season,which means some teams are unable to wear their throwback uniforms because of the rule.

It seems ridiculous and puzzling to me that the league has this rule (apparently for safety reasons), but can’t you make the same equipment in different colors? I am sure it’s possible,otherwise every team would be wearing the same color of helmets. Once the league sees its throwback merchandise sales drop,they will reverse course. Throwbacks are awesome,enough said!

Gah! This one is a gimme because it was true this year and I might as well predict something that works. One reason why I don’t talk politics with people anymore is because people are awful to one another when it comes to politics. Civil discourse is ceasing to exist in society and when it comes to political Facebook posts,few people seem to be civil about it. Not only that,but nobody cares.

True story, I have a couple of people on my friends list that only appear in my feed for only important posts or events because the majority of their posts are about hating Barack Obama and I get sick of it. That is why I never post political stuff because,for one, I want people to like me because when you have social phobia you need all the help you can get,and second of all, nobody cares what I think (or needs to).

As much fun as it is making fun of Derrick Rose for being hurt all of the time and as great as the memes are (His shoe icon being the wheelchair guy on placards, His favorite song being “Suit and Tie” by Justin Timberlake,etc.), I am sad for the guy because he has not played much since getting hurt in the playoffs against the 76ers in 2012,not to mention he was kind of a pussy for not coming back last season in the playoffs despite being 100-percent and cleared by medical professionals to play.

I think his injuries might end his career for good and he might retire. I hope he doesn’t and I might be wrong,but it is tough to come back from these injuries. Rose’s career just might be over and we might see him in that trademark suit and tie in an ESPN studio somewhere.