Are you hungry? Are you broke? Are you hungry and broke? Well, Taco Bell’s latest creation might just be for you,it’s the Beefy Nacho Burrito.

I tried this yesterday during lunch after seeing a commercial for it the night before. I usually don’t think chips should be a burrito ingredient, especially corn chips, but I thought this might be worth a try.

I found it to be pretty good. The nacho chips complimented gthe nacho cheese and the sour cream that are also found in the burrito. I do,however, have a feeling that a lot of stoners who take their sweet time at the drive-thru late at night will be ordering these, and a lot of them, I might add because this looks like something they would invent. Even though I think a lot of Taco Bell’s menu was invented by stoners as of late, the innovations have been pretty brilliant.

And talk about value, the Beefy Nacho Burrito is available for only 99 cents. I do fear that if this stays on the menu for a prolonged period of time, the cost of it will go up much like the Cheesy Double Beef Burrito did after originally being 89 cents when it debuted in 2009. However, it’s current value makes it worth the price.

This definitely gets my approval in another win for Taco Bell. Yay Taco Bell! Thumbs Up! 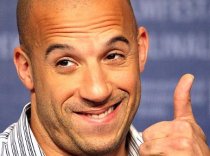