Things Everybody Else Loves That I Hate-Hit Music with Xylophones 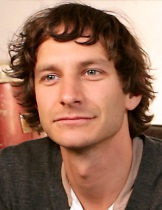 Proof that either music was better when I was younger or that I might be getting older and out of touch with reality is that creepy xylophone music qualifies as hit music in the year 2012. I’m talking of course about Gotye and his hit song “Someone I Used to Know”.

When I first heard this song on the radio, I thought my radio was becoming possessed. The lyrics are muffled, I can’t understand a single word he is singing. The drive-thru speaker at (insert random fast-food restaurant) here are more clear than the song.

Puzzled, I said “What the hell is this?” and then changed it to a station with good music. I’m seriously baffled as to why everyone likes this song just as I was to everyone liking the Macarena when it burst onto the scene in 1996. I’m getting sick to death of hearing that song,not just on the radio,but when morning news shows go to commercial and everywhere else. This song sounds like it should be coming from the radio of a van with Free Candy written on the side of it that’s driving super slow in a residential neighborhood (I just went there, you bet!).

It seems like as the years go on, the music of the times doesn’t seem to hold up as the years preceeding them, just like Saturday Night Live. When I was a kid in the 90s, it was the same way. There were songs I didn’t like then that I like now because compared to today, they ain’t that bad. The early 2000s can be thrown into this mold as well even though a lot of boy bands were thriving during this period.

If you like Gotye, that’s fine, good on you. I just don’t get it, I really don’t. Besides that, songs like his aren’t really aimed towards my demographic anyhow. I will say this, he kind of reminds me of Morrissey (Google him,kids!). Anyone else agree?