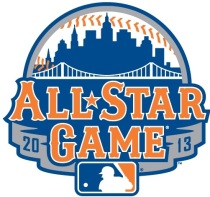 So fans of other teams around baseball (and the National League) have been complaining that Giants fans are stuffing the ballot boxes for their favorite players to start the All-Star Game, which will be played on July 16 at Citi Field in New York City. Currently, Buster Posey leads all catchers in voting. Pablo Sandoval leads all third baseman while Brandon Crawford is second in shortstop voting behind Troy Tulowitzki. Brandon Belt is second in first baseman voting behind Joey Votto.

While I understand the fans’ gripes in regards to the system in place to get the best players in, but if you’re favorite player isn’t in because you didn’t participate in the process, that’s on you. Just like if you didn’t vote in a presidential election for whatever reason, you have no reason to complain if your favorite player did not make the All-Star Game. I am not fond of the system,either, because I don’t think fans should have ultimate power in who is starting the game. I think you can vote for who plays in the game, but as far as who starts, that should be up to the manager of the team, who is, Bruce Bochy.

The point is, the All-Star Game is for the fans and as long as the system is in place, this is how it will go. You don’t have to participate,but if it doesn’t go your way,don’t bitch! 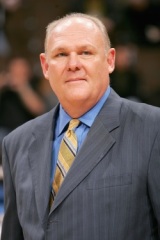 being named the NBA Coach of the Year. Look,I understand the Nuggets did not live up to expectations this season. This was a team that was looking to contend in the Western Conference, and with the Los Angeles Lakers out of the picture, they looked like they might be able to do it. Unfortunately it did not happen and Karl was the odd man out.

Karl is a damn good coach, one of the best in the league.If there is a guy who has gotten the most out of the talent he has had (or lack of) outside of Gregg Popovich, Karl has been the guy. The Nuggets are making a mistake by going in the direction. In fact, this has the potential of being a rebuilding situation in the Mile High City when in reality, it should be a building onto what they had kind of situation.

This move,combined with letting their general manager Masai Ujiri jump to the Toronto Raptors, leads me to believe this team is on the downslide, which, for a team who won 57 games in 2013, is saying something. 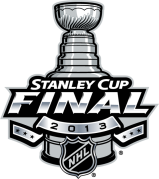 The Stanley Cup Finals have their participants and it should be a good one! Two Original Six teams, the Chicago Blackhawks and the Boston Bruins, will face-off beginning on Wednesday.

The Bruins are riding a hot streak after sweeping the Penguins while the Blackhawks took down the defending Stanley Cup Champion Kings in five. Both teams are talented, both goaltenders (Corey Crawford and Tuukka Rask) have been playing well. I am hoping that unlike both Conference Finals that this will be a longer series and there is little reason that there won’t be a six or seven game series between these two teams. Both teams want this thing way too bad to let it be a short series.

My prediction: Chicago will win the series in six games and record their second Cup in four years.

Ralph Krueger is out,Dallas Eakins is in. Krueger was fired after only one season, he was the team’s fourth head coach in five seasons, took the Oilers to a 12th place finish and went 19-22-7, which was one of their best finishes in recent memory.
Eakins was previously the head coach of the Toronto Marlies, the AHL affiliate of the Toronto Maple Leafs and will be introduced as their new head coach today,according to TSN.

Dallas Eakins is the new coach of the Edmonton Oilers

The coaching was not totally the problem in my opinion. Krueger did the best with what he had and should have been given another year to see what he could do with a young roster having another year under their belts with experience.

Players who have played for Eakins before swear by him and a bright young coach could be the fix for a bright young team, so it could be the best move for the Oilers. Eakins is not my first choice to replace Krueger because I am sure fans would rather see a coach with playoff experience come in and try and turn these team around, but if Eakins can turn this team around,I am all for it. I am willing to give him a shot.

Oilers fans are tired of seeing their team lose and miss the playoffs year after year, they want to see this team win again and with this roster full of young talent, there is absolutely zero reason why they shouldn’t be doing that.

Catch me and DJ Mappquest on Sports Madness on kssu.com this Tuesday night at 6pm Pacific Daylight Time. You can also use your TuneIn Radio app on your smartphone. Search: KSSU