Yesterday we revealed Part One which consisted of numbers 75 through 61. Here we go with Part Two and numbers 60 to 46!…

I get it, you love Harry Potter, but to be depressed about the end of the books and the movies is pathetic. There are more relevant things to be depressed about in life: Not having a job, breaking up with a girl you really liked, seeing your team’s franchise quarterback retire are all qualify in this category.

I saw so many people bitch on Facebook about how sad they were about this and I couldn’t roll my eyes that far back. Look, a lot of my favorite TV shows from the 1980s ended, I got over it and turned out just fine. They are just books and movies, they are just TV shows. Life goes on and so should you! 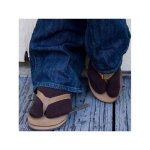 This kicked off last year’s list. It’s a terrible look,people! It’s one of those things in the world where you have to ask “Who does that? Who has time?”. Socks and flip flops are as compatable as Kim Kardashian and Kris Humphries. It just looks ugly and incorrect. In fact, any socks with any sandals look bad period. It’s dropped on the list but I still hate this practice.

58. Commercials involving the harm (or intent of it) to a child’s pet
2011 Position: N/A
Man does this bother me! I am sick of seeing commercials involving terrible parents harming their kids’ pets. The Giants had a commercial where a mom supposedly thought that her daughter’s hamster going missing led to the team winning last year’s World Series. So she sets the new one free in the hopes of it happening again. Guess what? It didn’t work. Your theory has been diminished, thanks for playing!

The other commercial that bothers me is the one for GEICO where this couple is talking about how much they like sushi yet it is expensive, so they have a solution… they eat their daughter’s two pet goldfish. That’s messed up! I know it’s only a commercial and if I was probably 17 years old I would think it’s hilarious, but that’s part of growing up. I wish ad agencies would grow up and air better commercials.

I have seen this happen before and it bothers me. It doesn’t happen often and it’s probably bumping something of more signifigance off the list and for that I am sorry. However, I think the practice of doing this is cowardly. If you’re going to fight someone, challenge them in person and get it going on. Or if you’re two 400 pound women, go on Jerry Springer, kick off your heels that reveal your ugly cankles and go at it! 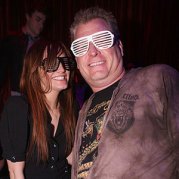 These have been stupid ever since I first saw them on so many faces of idiots. Why would you wear something you can’t see out of? I have to think that somehow these would mess up your eyes. The only people who are and should be allowed to wear them are blind celebrities like Stevie Wonder and Jose Feliciano. That’s it!

And by the way, I hate Kanye West for introducing this crappy trend of eyewear to the world. Up yours!

This made the list last year and it’s a terrible look. Not to mention sperm counts all across the country have been lowered due to these skinny jeans. It dropped quite a bit though due to the fact that the trend is coming to an end for guys. Ladies,feel free to wear them, but gentlemen, don’t do it! You know better!

I am going to offend many people I know and love right here,right now, but I don’t care. I hate this god damn song.

This song was cool when I was eight, it isn’t now. Vanilla Ice is a poser and a thief,too. Way to steal the beat from “Under Pressure” and call it your own (Admit it,he did!). This song also set us as a society back 40-50 years. I never want to hear it again. 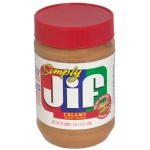 I should note that people allergic to it get a pass. For everyone else…what’s your problem? Peanut butter is delicious! I’ve never understood why somebody could hate peanut butter. It seems wrong if you ask me. If I get married, my wife better like it. I don’t know if I could love a woman who doesn’t love the greatest food substance of all time!

As much as I have loved Family Guy, I don’t like any of Seth MacFarlane’s other shows. The Cleveland Show is OK, but American Dad! sucks. I feel like the only reason it is even on the air is so MacFarlane can appeal to Republicans as much as possible.

If you haven’t seen the show, that’s basically all it is, it’s Family Guy for Republicans who worshipped at the feet of Ronald Reagan.

That’s not why the show needs to go. I find it to be very dull and unentertaining. Not to mention it’s one of Fox’s lowest rated shows. It’s even on Adult Swim and I’ve woken up to change the channel and go back to sleep. That’s how bad it is! When I don’t want to watch it when I am asleep!

I LOVE Cheese! If it could flow through my veins, I’d allow it without giving it a second thought. However when it comes to my cheddar, it’s either sharp or nothing. Sharp cheddar is a neccesity at my house when it is taco night. It’s even better when it’s EXTRA sharp. I love the taste of it and enjoy waking up with that sharp cheddar taste in my mouth the next morning. That signifies a great meal was had the night before.

I am,however, not the biggest fan of medium cheddar. It just lacks a lot of the flavor you would otherwise have with sharp cheddar. What’s the point of having medium cheddar around if it’s not going to have much flavor in it? For me, it’s either sharp or nothing. 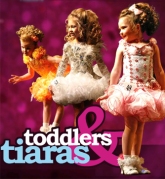 50. CATCH-ALL: Toddlers & Tiaras, Toddler Lingerie, Anyone Under the Age of Six Getting a Spray Tan, and Kids Who Grow Up Too Fast
2011 Position: N/A

These shows just make me sick. I understand that these people exist and are really like this,but should it really be on television? Why should I care?

With the show comes things like lingerie for toddlers, kids getting spray tans while drinking coffee and wearing high heels. I feel like kids are growing up too fast as it is, why speed up the process?

I personally think these parents are living vicariously through their kids and I think that’s not right. Your child is not you. Let them be who they want to and should be. Also let them do stuff that kids do. Wearing stilettos and drinking Peppermint Lattes from Starbucks while chilling at the tanning salon should not be among those things. I don’t have children at the moment but if I did they wouldn’t grow up this way, if they did, they would no longer be in their mother’s life until she got help. But that’s just me…

I don’t understand why these exist. Are people that lazy to get the best tan possible that they have to let a machine do it for them? Hasn’t anyone ever heard of the sun? I have! I use it just about every spring and summer, it works pretty good for me. It should for you,too!

I will note that Jersey Shore and the two shows about teenage mothers are being singled out later on in the list. But right now,let’s focus on the rest of the crappy MTV line-up. When you have horrible shows like My Super Sweet 16, The Buried Life, and Parental Control, you have a horribly run network. I haven’t watched much MTV since the early 2000s because it’s not entertaining and has nothing to do with music.

Also,get rid of Cribs! I do not care about CeeLo Green’s car collection or how big Ke$ha’s TV is. ENOUGH!

I will gladly watch it again when they have content related to music. I know Beavis & Butt-Head is back,but it’s on Thursdays when I’m not home.

When the hell did the coffee industry go crazy? Look, I like going to Starbucks as much as the next person, but nowadays I’ll only go if someone else buys. Right now a six dollar cup of coffee is out of my price range. Six dollars? Really?

It’s ridiculous how much the price of coffee is now. I rarely have it now partly because of that and the fact that unlike some of you, I don’t need much to keep me awake or alert. I do have caffeine, just not in coffee form. When Starbucks lowers their prices a little,I will be back buying my own. Until then, I’ll fly if you buy!

Look,I know that many of the politicians who are in office are subpar, but at least they’ve had experience doing the job. I am tired of seeing non-politicians run for office time and time again. One of the worst politicians ever ran this state for eight years, that would be Arnold Schwarzenegger (only because voters couldn’t separate fictional superhero from subpar, hard-to-understand actor with no political experience whatsoever). And look where spending $140 million on a failed gubernatorial campaign landed Meg Whitman, I’ll give you a hint, it wasn’t under a dome in Sacramento.

And now look at Herman Cain, former pizza executive. People only liked this guy because he has never run for office before and he used to sell pizza. Americans love pizza! If Barack Obama used to be a pizza guy,his approval ratings would be a lot better than they were now. If you don’t learn from history, chances are you’re doomed to repeat it.

We will have Part Three tomorrow!