After six seasons of being in their less than stellar alarm clock uniforms, the Buccaneers have unveiled a new but familiar look that Tom Brady and company will take to the field wearing this coming fall (fingers crossed). 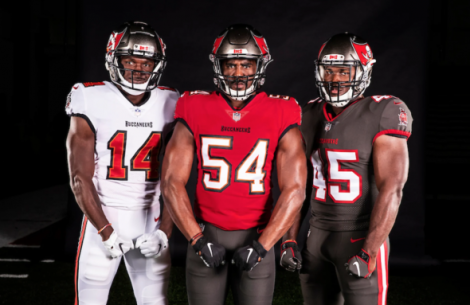 While the helmet is staying the same as well as the pewter color, the darker shade of red is returning as well as orange red that the team wore between 1997-13. 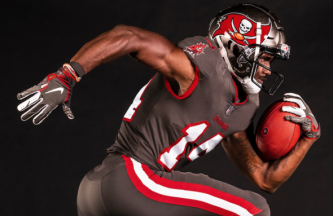 The third jersey is pewter in color with white numerals outlined solely in red with the secondary logo is red in color. It is paired 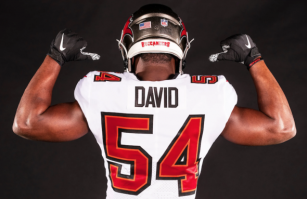 with pants in the same color with a white stripe between two red ones going down the leg.

What I Don’t Like: The pewter jerseys and pants are only outlined in red, where’s the black and orange?

What I Like: Everything else! This is definitely what the team should’ve been wearing all along so long as they’re sticking with this color scheme and not going back to the Bucco Bruce days and it proves the chrome alarm clock era was never warranted. My only wish is that we could’ve gotten Brady to model them,too,so we can see what he looks like in a different uniform. 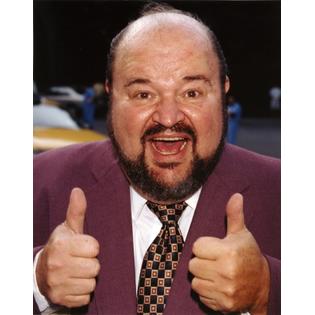