We begin this week’s Odds & Ends with the news that the Oakland A’s have settled on a site for their future new stadium,and it’s not the one most of us thought it would be.

Team president Dave Kaval announced on Wednesday that the team hopes to build their stadium near Laney College. The site consists of about 13 acres of land and is close to Lake Merritt and Interstate 880. It is also close to BART transit. 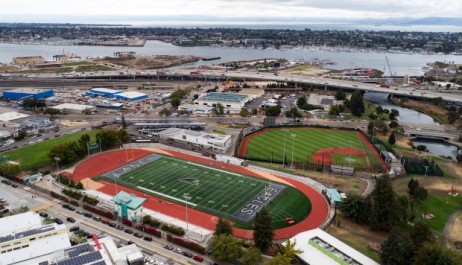 “Our vision is to build a new ballpark for Oakland at the Peralta site,” the team tweeted.

The A’s have also launched a new website, where people can read letters written to Oakland Mayor Libby Schaaf and the City Council, the Alameda County Board of Supervisors, and the Peralta Community College District.

“I think adjacency and walkability to downtown is really a key success factor in any ballpark in baseball,” Kaval said.

The stadium would seat approximately 35,000 and with a price tag of $500 million would be privately financed with a target groundbreaking of 2021 and an opening date of 2023. The land is currently owned by the Peralta Community College District.

Most thought that the team would build on the waterfront near Howard terminal,but it looks as though the site near Laney College is where the team hopes to call home in years to come. The team will now have to negotiate with the school district to either lease the land from them or buy it outright.

While I thought that the Howard site was the clear choice for the A’s to build their new home, this site is also a pretty decent one. It’s freeway close,it’s near mass transit as well as a recognizable landmark in the city in Lake Merritt and can potentially revitalize downtown Oakland. I do think this is a very viable site for the team and one that can give them the proper ballpark that the team can prosper in. Beyond that, the city gets to keep one of its teams in town while all the other teams are leaving.

My big concern,though,is if people are going to be displaced. If so,then the deal needs to be thought through and given consideration to that issue and honestly,I think they will get this deal done. While I’m not a fan of this team at all for a lot of the things they’ve done wrong,they seem like they’re getting this decision correct.

Keeping with baseball and a much deserved congratulation to the Cleveland Indians for being known from Aug. 23 to Friday as the WINdians. The team’s 22-game winning streak, a new American League record, was snapped by the Kansas City Royals on Friday with the road team winning 4-3.

Cleveland outscored their opponents by 105 runs, hit 41 home runs,and 17 different players had extra-base hits during this remarkable streak. Francisco Lindor’s 20 RBIs led the Indians while 12 players drove in at least five runs and six players had at least 10 RBI.

Seven of those 22 games were shutouts. That’s more than the season total of 13 other teams entering Friday.

Aside from that,it brought fans out to the ballpark to cheer their team on and gave them something to be excited about. Following the end of the streak,the crowd gave them a roaring ovation in celebration of a streak that we haven’t seen in quite some time.

Beyond that,it showed me that this team is going to be one that won’t be messed around with come October. I think they have what it takes to win it all this year. They have great hitting, superb pitching,and are managed by one of baseball’s best. Don’t be surprised if they win their first championship in nearly 70 years a season after losing to a team that ended their drought of 108 years.

#BillsMafia is off to a fast start pic.twitter.com/yRkCuSHpt2

Yep,that was three women breaking a tailgating table in the parking lot laughing off their stupidity. Sure,we’re used to this postseason-starved fan base doing things that would make the cast of Jackass cringe, but it seems as though these fans take things way too far,and that they also might need to get a room.

Don’t believe me? Apparently the fellatious acts are continuing among Bills fans. Reports of in-stadium sex acts came during Sunday’s game as well as other sexual acts taking place in bathrooms and even in the parking lot. Have you no shame,Bills Mafia?

Look,I get it, it’s been 18 years since your team went to the playoffs. They’re the last team that has yet to play a postseason game in the 21st century,but this is taking it too far. I don’t care if you bang one another,but at least do it somewhere that children aren’t going to be or where others might not be watching. It’s getting kind of sad watching you folks act a fool and I think it’s because your boys don’t make the playoffs anymore. Maybe a playoff berth will finally get you to knock off the shenanigans, but I doubt it. Y’all are crazy!

Finally this week, it seems that there may be changes to the NBA Draft lottery. 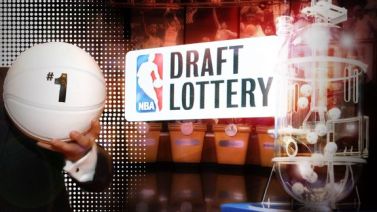 Commissioner Adam Silver wants to deincentivize tanking by implementing lower odds on the NBA’s worst teams to gain the top picks in the draft, according to league sources.

The proposed measures would also give the chances of better teams making a jump into the draft lottery. The 14 teams who don’t qualify for postseason play make up the league’s lottery system.

I honestly think this is a great idea. I’m no fan of draft lotteries these days, but overhauling them could be for the better. Isn’t the idea of competition to try and win as much as possible? If so,then why are teams trying their hardest to not try their hardest to get a good draft pick? I think it forces teams to actually try and it makes it so that a team can’t have the first overall pick year after year. After all,that’s how we got a draft lottery in the first place. It needs to be tinkered with and I hope the Board of Governors approves these changes when they vote on the 28th.

That’s all for Odds & Ends, have a great weekend,everybody!