If you were to ask me what professional sports franchise had the worst re-brand in this decade,my answer is,hands down,the Los Angeles Clippers.

When the Clippers changed from their longtime logo from the Donald Sterling-era in 2015 to their current logo that looks like a rip-off of the EA Sports logo, it was (and still is) mocked by fans and sports commentators (and amateur bloggers) alike. Beyond that, they kept the same home and road uniforms in terms of the design from their former logo and added a terrible black alternate uniform that,for some reason,existed. It was an overall downgrade for the Clippers.

However,with the NBA switching over to Nike uniforms, the team decided to take the opportunity to try and redeem themselves with a better design for their uniforms. How did they do in my eyes? Well,I’ll tell you once I describe the uniforms to you. 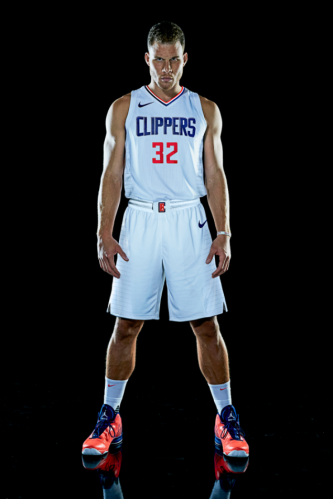 The white uniforms have the CLIPPERS wordmark in blue under a red,white,and blue collar with red numerals below the name. Red numerals are also on the back of the jersey. Alternating blue and red stripes adorn the sides and the rear of the shorts. The team’s secondary logo is on the bottom left side of the shorts.

The blue uniforms have the CLIPPERS wordmark in white under a red,white,and blue collar with white numerals below the name. White numerals are also on the back of the jersey. Alternating red and white stripes adorn the sides and rear of the shorts. The team’s secondary logo is on the bottom left sides of the shorts.

Two more uniforms are expected to be released at a later date.

While I still hate that logo of theirs,they’ve certainly upgraded their uniforms. I do wish they would use the city name on the blue (or away) jerseys, but with the new rules having teams wear whatever uniform they want to at home it’s hard to determine what a home or road uniform is these days. While I don’t think this team will be any better than they’ve been in years past,they will look better fashion-wise going forward.

Hello Fam, Well, if you thought the election was crazy, I thought Week 8 was just that way as well, at least with how my picks went. I did manage […]
T.J.’s Pigskin Picks-Week 9 2020