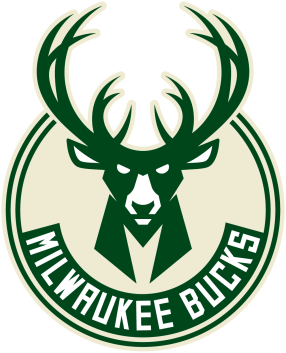 Before 2015 began,I predicted that a North American sports franchise will relocate. While I’m more than likely wrong about the prediction this year, I could be right about it sometime in 2017 if the Milwaukee Bucks decide to do so.

Peter Feigin,the president of the Bucks, told Wisconsin lawmakers last week that the team may be bought back by the NBA if $250 million of public funds aren’t approved for construction on a new arena to start this year. Feigin stated that the league could move the team to Seattle or Las Vegas.

The Bucks have played in Milwaukee since 1968 and won an NBA Championship in 1971.They have been in their current home,the BMO Harris Bradley Center, since 1988. There is a provision in the ownership agreement that states that the team is free to move if the team is not in a new arena by 2017. If a move were to take place, the team,in time, would have to move to the Western Conference and a team such as the Timberwolves,Pelicans,or Grizzlies would likely move to the Eastern Conference.

I honestly would hate to see an entire region like Wisconsin lose their team like that. They’ve been there for almost a half century and many generations have grown up with the Bucks being their NBA team. Not only that,but if the Bucks left,I don’t know if the NBA would return anytime soon. I do hope that with or without legislative help that the team can stay where they are and get their new arena.

I’d be remissed if I didn’t mention the happenings surrounding DeAndre Jordan and the Mavericks and the Clippers. Jordan 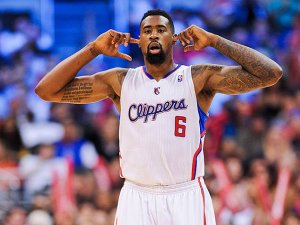 verbally agreed to join the Mavericks during the NBA’s moratorium period but was later talked into rejoining the Clippers by several teammates, a few of which stayed at his Houston-area home until the beginning of the deadline of which players could sign. It was even rumored that Mavericks owner Mark Cuban was trying to get to Jordan’s home in an attempt to get him to still consider joining the Mavericks. Ultimately,Jordan went back to the Clippers for 4 years,$88 million.

I get that people get cold feet sometimes or even have buyer’s remorse. Hell,it happened to me for a brief period after I bought my new car. I feel that Jordan’s waffling between the Mavericks and the Clippers left a lot of people in North Texas disappointed and a franchise wondering what to do now. Tyson Chandler went to Phoenix because Jordan was supposedly coming to Dallas and now to fill that hole that both Chandler and Jordan left behind is Zaza Pachulia. Pachulia is a great role player,but not the guy who can be that empty presence in the middle night in and night out.

I think the Mavericks have enough talent to be competitive, but reaching the playoffs again may be pretty tough now that Jordan won’t be their man in the middle.

It looks as though the 76ers will have to wait for their possible big man to make his debut yet another year. Joel Embiid will likely miss the 2015-16 season due to regression in his recovery from a foot injury that will once again require surgery and him sitting out another year. The 76ers drafted Embiid with the third overall selection in the 2014 draft. Embiid did not play at all last season because of the injury.

I wonder if this young man is ever going to play at all. This is a serious injury that hampered the careers of big man before him like Yao Ming and Bill Walton and they were never the same after coming back from it. I hope Embiid doesn’t suffer the same fate and is able to have a good career on a young 76ers team, but history is unfortunately not on his side.

Jason Pierre-Paul and C.J. Wilson are both proof that if your career depends on you using your hands in any way,shape,or form that you should probably not handle fireworks on the Fourth of July. Ever. 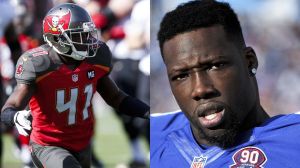 You’re probably aware by now of the incident involving Pierre-Paul where he had a hand injury involving fireworks which resulted in his right index finger being amputated. A $60 million contract extension offer by the New York Giants has been removed from the table and Pierre-Paul will likely sign his franchise tag tender of $9 million instead.

The story that hasn’t been reported on nearly enough,mainly because he isn’t as famous as Pierre-Paul, is C.J. Wilson of the Buccaneers who lost two fingers in a fireworks accident over the holiday. Wilson’s playing future is uncertain.

These guys shouldn’t been anywhere near fireworks. So many of them are dangerous and so many people have done stupid things with them,some of which have died as a result. I have a feeling that a lot of teams will now have clauses in contracts not allowing them to play with fireworks anymore because of these two incidents.

For the San Francisco Giants,the All-Star break couldn’t come at a better time.

Nori Aoki could be back in the next couple weeks following the All-Star break.

At the break,the Giants are sitting at 46-43 and four and a half games out of first place in the National League West. They have cooled a bit since the beginning of the season,partly due to injuries to important pieces of the puzzle such as Hunter Pence,Nori Aoki,and pitchers Tim Hudson,Jeremy Affeldt,and Tim Lincecum. Getting these guys healthy and back into the thick of things is key for the Giants if they want to get back to the postseason and contend for their fourth title in six years.

There are,however,four Giants who will participate in the All-Star festivities. Buster Posey and Madison Bumgarner will make their third trip while Joe Panik and Brandon Crawford are first timers. Bruce Bochy and his coaching staff will also be in Cincinnati.

I think once the guys who are on the shelf get back this team is going to be firing on all cylinders. I think Lincecum will be shifted to the bullpen and will be a second option for long relief if a starter doesn’t make it past the early innings. Chris Heston has done more than enough to prove he is able to stay in the starting rotation. With Josh Osich coming on strong after being called up from Sacramento, Affeldt can take his time coming back.

Yes,the Giants are hovering around .500,but I think they can have a break-out second half. They’ve done it before!

Scott Kazmir could be on the move by the July 31 trade deadline.

My big question surrounding local baseball for the second half is whether or not the Oakland A’s will be sellers or keepers.

Notice I didn’t say buyers. That’s because Billy Beane almost never buys before the July 31 trade deadline and I don’t expect him to change anytime soon.

Rumors have swirled that the A’s could put Ben Zobrist and Scott Kazmir on the trading block and may possibly get dealt by July 31. Eric O’Flaherty and Josh Reddick have also been mentioned,but I don’t think either man will be shipped,but then again,I’ve been wrong before. The A’s,however,are 41-50 and only eight and a half games back of first place in the division at the All-Star break.

Trading Kazmir would give the A’s more in return as far as prospects and would give them the opportunity to bring up someone from Nashville. Zobrist hasn’t had the best year,but many teams,including the Giants, who are in contention have shown interest in him. He has five home runs and 31 RBIs this season.

They could however,be keepers and may stand pat because the team has played better and aren’t that far out of first place. My prediction,however,is that teams like Houston and L.A. Angels will pull away and contend for the division and the A’s will be sellers with Kazmir and possibly Zobrist.