Sorry this is a day late. I forgot that the play-in games (which by the way are stupid,we don’t need a 68-team tournament,64 was perfect!) went until Wednesday,so I wanted to wait until those games got over with until we had the actual mascot battle. I learned of people doing this last year at KSSU when Kyle Madson,the host whose show came on after ours,did a mascot bracket and asked me to stay behind and talk about what mascots would beat each other. I thought it was neat and I thought about doing one this year and have. 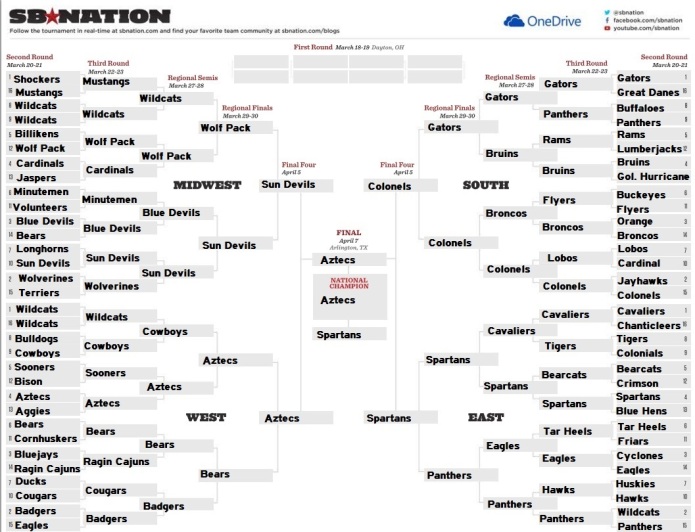 In the Midwest region,it will be tough to get past any team that has Devil in their name or a Wolf Pack,but I think the Sun Devils prevail in that bracket. The West region will be dominated by those ruthless Aztecs while the East might as well be called Sparta as the Spartans will get past the Panthers. The East region sees the Colonels getting past the Cavaliers. I think the Aztecs will beat the Spartans in this year’s bracket.