We’ve only done one other movie review on this site, but let’s do another. Last night after work I went to catch the new DreamWorks animated feature Mr. Peabody and Sherman. This movie is based on the Peabody’s Improbable History segments of the 1960s animated series,Rocky & Bullwinkle. It features the voices of actors like Ty Burrell,who you may know as Phil Dunphy from Modern Family, as Mr. Peabody. Max Charles as Sherman, Ariel Winter, who plays Alex Dunphy on Modern Family, as Penny Peterson,and Stephen Colbert as Paul Peterson,Penny’s father.

The story follows Mr. Peabody, the world’s smartest being who happens to be a dog. He lives in New York City in a penthouse apartment. He finds an abandoned baby named Sherman and convinces a judge to let him formally adopt him as his son. Mr. Peabody makes good use of his WABAC time machine to educate Sherman and it proves to be a life of adventure for both of them.

Sherman’s first day of school comes and that’s where Sherman gets bullied by classmate Penny Peterson where she humiliates him and treats him like a dog. This results in Sherman biting Penny and the possibility of Mr. Peabody losing Sherman if it is proven that he is an unfit parent for him.

To smooth things over, Mr. Peabody invites the Petersons over for dinner. While Mr. Peabody is charming her parents, Sherman and Penny take the WABAC machine for a spin against Mr. Peabody’s wishes. Sherman returns without Penny and tells Mr. Peabody that she is in Ancient Egypt refusing to leave. They travel to get her back and explain to her that if she doesn’t break her engagement with King Tutankhamen, she will be killed as King Tut dies young. They escape and head back to the WABAC to return home.

On their way, the WABAC is low on power so they head to the Renaissance era to have their friend,Leonardo da Vinci, recharge the WABAC. While Mr. Peabody and da Vinci recharge the machine, Penny and Sherman head off on an adventure by taking da Vinci’s flying machine without permission,which angers Mr. Peabody. The trip gets tense as the WABAC is threatened by a black hole during which Sherman gets upset about learning that he is at risk of being taken away by Children’s Services.

The WABAC crashs land in the Trojan War where Sherman joins the Trojan Army. Mr. Peabody and Penny try to rescue Sherman and are swept into the Trojan Horse and Troy’s final sacking. The horse rolls out of control with Penny still inside. Eventually,the horse is wrecked and Mr. Peabody is allegedly killed inside.

Desperate to save him,Sherman and Penny travel back to just a few minutes before Sherman originally came back in order to get Mr. Peabody to correct what happened. Unfortunately they are too late as a copy of Mr. Peabody arrives as well as Ms. Grunion, the agent for Children’s Services. Also, a copy of Sherman arrives. When Mr. Peabody is unable to explain the bizarre situation Ms. Grunion declares the home unfit and seizes both Shermans. When the copies touch each other, the space time continuum is disrupted and both copies merge. While Sherman is being taken away, Mr. Peabody bites Ms. Grunion.

With the threat of Animal Control to have Mr. Peabody destroyed as a dangerous animal, Sherman and Mr. Peabody flee in the WABAC. However, a vortex appears  along with various historical figures being pulled to the present. This causes the WABAC to crash and Mr. Peabody is to be taken away. Sherman than proclaims that everything that has happened is his fault and that he would rather be a dog than be a person as good as Mr. Peabody. Moved, every historical figure agrees along with Penny and her parents. Mr. Peabody is pardoned by presidents Washington, Lincoln, and Clinton.

To stop the vortex and repair the space time continuum, Sherman suggests that they travel to the future to correct the damage that had been done. It’s successful.

Mr. Peabody and Sherman grow closer than ever and have Penny as a close friend.

I absolutely loved this movie. I was excited to see billboards for this movie and was happy that I saw it. It had a lot of really funny moments, my favorite being this weird,creepy talking wooden baby doll during the Renaissance era that followed da Vinci around. I couldn’t stop laughing at that. It’s definitely a great movie for everyone in the family to see and I hope you all go see it. 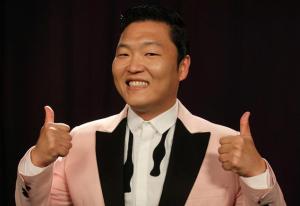