Wow, I could not believe the display of immaturity from Yadier Molina in the Cardinals-Giants game. If you missed it Sunday, here is what happened:

First of all, what a play by Crawford. He did just get Molina out by a smidge but Molina was not having it. He let first base umpire Clint Fagan have it by slamming his helmet down (a fineable offense) and it didnt end there, Mike Matheny came out to argue and while that happened, Molina made contact with the umpires by chest bumping them. This may cost him a few games and rightfully so. Showing up an umpire like that is not cool,and Molina knew better.

“I know I was out,” Molina said. “I was just upset with myself.”

Look, I understand being upset about a close call where you think you might be safe, but to act like that as a veteran play in this league? I just don’t understand it. Players are not supposed to be arguing with umpires, they automatically get ejected if that happens. That is what the manager is there to do on a player’s behalf. Molina may have cost his team a chance to sweep the series and add to the Giants’ road woes. Instead,the Giants snapped a seven game road losing streak and Chad Gaudin got a nice win.

The Sacramento Kings relieved Keith Smart of his duties as head coach and hired Golden State Warriors assistant Mike Malone on Thursday night. Malone is the fifth Kings head coach (permanent or interim) since the firing of Rick Adelman in 2006 and was most likely new owner Vivek Ranadive’s choice for head coach all along. I want to say I was surprised that Smart was let go, but when new owners come to town, they want to fix things right away.

I don’t know much about Malone, but many Warriors fans I have heard from or talked to in person approve of him and how much of an X’s and O’s guy he is and how defensive minded he is. If that’s all true, I think it is a good hire. However, like all the other hires before Malone, I have to wait-and-see.

What I hope to see next is a quality general manager to come in and bring in quality talent. There is some of it on the roster now, but it has been overstated time and time again that this roster needs a lot of improvement.

The Stanley Cup Playoffs are now into the conference finals portion (finally!) and it looks like two teams are making statements. The 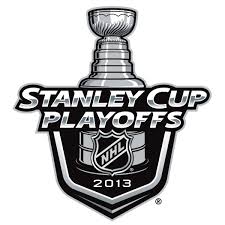 Chicago Blackhawks looked to be about dead in the water against the Detroit Red Wings before winning the final three games and moving on to play the defending Stanley Cup Champions, the Los Angeles Kings. The Blackhawks are outplaying the Kings and now have a commanding 2-0 lead in the series. I won’t say the Kings are out just yet, but right now, they look like they are outmatched by the Blackhawks. I am still saying the Blackhawks will be in six, but it could be less than that.

Meanwhile on the other coast in the other conference, the Boston Bruins are showing why they can be a team that can win the Stanley Cup, going into Pittsburgh and outplaying the mighty Penguins and winning Game 1 3-0. They are definitely making the statement that they have come to play, that this star studded Pittsburgh squad doesn’t scare them and that this series could be longer than we think it is. I still like the Penguins chances because this team is too good not to win a Cup, but don’t be surprised if Boston wins this series, they are also just as good.

The CFL will be adding a ninth team to its league in 2014. The league will bring a new team to Ottawa and their new name is totally lame. They will be known as the Ottawa RedBlacks.

This has to be the worst name for a team since Houston tried to name their MLS club the Houston 1836. I understand the history of the red and black colors to Ottawa that once belonged to the old Ottawa Rough Riders team and are now on their NHL team,the Ottawa Senators,but why would you name your new CFL team that? Why when other finalists included Nationals, Rush,Voyageurs, and Raftsmen would you go with this name? If it were me I would have gone with either Voyageurs (with the European spelling) or the Raftsmen. Those are pretty original names and you could use those colors with either one.

Now,it is not official,but by seeing the new logo and colors, it sure looks to be. Ottawa, I give the name of your new CFL team a big thumbs down!

Catch me and DJ Mappquest on Sports Madness on KSSU.com this Tuesday night from 6-7pm PDT. Tune in using your smart phone using the TuneIn Radio app. Search: KSSU.

I wrote about the pandemic and the mental health crisis that people have faced,including myself,back in February. What I haven’t shared is the whole story of what I had gone […]
Late Edition-Discharge Day
Loading Comments...
%d bloggers like this: