Who’s in the wrong? The Answer: They Both Are!

Before we begin, I gotta preface what I am about to write with these statements on two local radio morning shows and how I feel about both of them and morning radio in general.

On Rob,Arnie,and Dawn: While they do spend time with interesting and sometimes insightful conversation, they can be very harsh sometimes, both to their callers and others, and their constant bashing of the President is getting very old. We get it, you hate the man, talk about something else.

On Don Geronimo: This guy is as rude and terrible as they come. I can’t believe how mean spirited he is to his callers and others. His show is also very lowbrow. When sex with dolphins is a topic of discussion, it can’t get any worse than that. Howard Stern called and he wants his persona back.

On morning radio: I only listen to it by accident and it isn’t very good. Go down the dial and all you will find is wacky DJs or shock jocks who think they’re funny when in reality they really aren’t. Shut up and play some music!

Now to what we came for, the column. 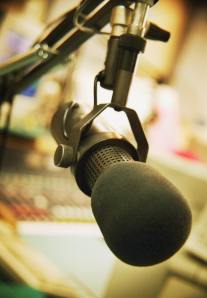 In case you hadn’t heard, the syndicated Rob,Arnie,and Dawn Show, which is based in Sacramento was pulled off the air by its flagship station, KRXQ for until at least Monday for comments and jokes they made regarding the tragic bombing in Boston. A competing show,

The Don Geronimo Show on CBS Sports 1140 in Sacramento, criticized the show for its actions saying it was too soon or too inappropriate for jokes about those recent events.

In a statement,Rob Williams, the show’s owner and one of the three co-hosts had this to say regarding KRXQ’s reaction: “We understand a radio station’s desire and instinct to protect itself for economic and political purposes, but this is absurd. Our Sacramento carrier has elected a knee-jerk reaction to a fabricated and manufactured smear campaign by a local thug who is more than happy and willing to politicize and sensationalize the Boston tragedy for his own short-term gain. To this, we at the Rob, Arnie and Dawn Show say, you’re a sad, pathetic character, shame on you, and shame on 98 Rock and their parent company, Entercom Communications.”

Geronimo fired back by playing clips from the show where in fake Boston accents Rob and Arnie talked about losing limbs and the Top Five Things They Hate Most About Boston.

I think both shows are wrong in some regard. Geronimo was wrong in choosing to be a tattletale. It’s the discretion of the station managers of the affiliates who carry the show to decide to take action on whether or not they wish to continue airing it in the long run.

It’s also the FCC’s job to take action. Nobody likes a tattletale,especially one that enjoys talking up sex with dolphins.

Rob,Arnie,and Dawn were wrong in making jokes about this incident in the first place. This was a tragic event that shouldn’t be made light of whatsoever. I’ll bet you anything that if it was one of their relatives or friends who were there in attendance that was injured or killed that these jokes never get made, that Geronimo doesn’t tattle on them, and that this column never sees the light of day. I hope this incident can knock this show down a little bit only because they’ve been on such a high horse for so long.

As for Geronimo, this won’t do much in terms of better ratings for his show if you ask me. I don’t know anyone who listens to his show nor do I want to. If you do…Yikes! Pick a better show!