I understand that if the season ended today the Lakers would be the eighth and final seed in the Western Conference, but it’s a lost cause in my opinion.

This team isn’t as good as everyone said it was going to be and it seems as though Lakers fans can’t let that go and I think sometimes you have to. This team is old as fuck and if you ask me, they should’ve gone younger,not older.

When you have a team that I at age 31 am too young to join, there’s a problem. I was asked if I thought they could get past a team like the Spurs and I don’t think they can. Not because the Spurs are any younger than the Lakers or more athletic but because they’re coached a hell of a lot better. Gregg Popovich is a damn good coach, probably the best one currently active in the league. I think in a seven game series, the Spurs win it in seven.

Also,Laker fans, Dahntay Jones had nothing to do with Kobe Bryant’s injury on Wednesday. 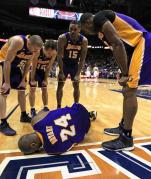 The NBA stupidly said that the Hawks forward should have received a foul call during the Hawks’ 96-92 win. Jones didn’t even make any contact towards Bryant. It was a freak injury and Jones happened to be nearby. Nothing more,nothing less. I tried seeing if there was a foul call that could’ve gone against Jones and there wasn’t. I watched that replay at least 10 times and there was nothing. The league only said that because it’s Kobe Bryant. If it was somebody like Jason Thompson of the Kings, the league would not have released such a statement. But since it’s a league that only cares about it’s good teams in big markets with it’s super stars, they did. 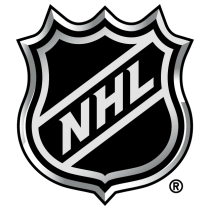 It’s a big reason why I’ve been more of a hockey fan than a basketball fan. The NBA needs to get a lot of its shit together.

The NHL is going to realign next season and I actually think it’s been a long time coming.

The new (yet to be named) divisions are as follows:

While I hate the lack of balance with each conference having a different number of teams, this had to happen eventually. Detroit is no longer Western enough to be in the Western Conference, and why was Columbus in that conference to begin with? Also, the Winnipeg Jets, who relocated from Atlanta two seasons ago, have no business being in the Southeast Division let alone the Eastern Conference.

Many other teams like the Dallas Stars will also benefit from being in a new division. The Stars have been in the Pacific Division since 1998 in what was supposed to be a temporary move.

The NHL doesn’t do a heck of a lot right these days,but in this case they have. Nice work!