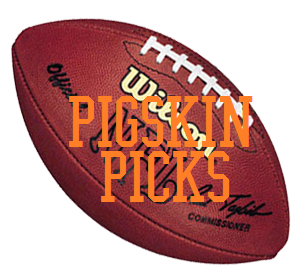 Okay, so I biffed big time on the Divisional Round going 1-3, but I am 5-3 so far, and that’s a winning record. I shall try to add two more wins to that. Here we go with the conference championship picks…

Though 49ers fans probably should not want me to pick their team because I did last year and they didn’t deliver, but I can’t help it. They looked terrific last week and look to be a team that wants to get to the Super Bowl. Atlanta does have a slim chance of winning, they do have a big time home field advantage of having a loud crowd in the Georgia Dome and the 49ers fared poorly in that sort of environment in Seattle back on Christmas Eve. If the Falcons do win, it will be a close one like last week. I expect San Francisco to win and get to their first Super Bowl appearance since 1994.

Don’t let the point spread fool you,this is a game the Ravens can absolutely win. They have been on a “we have something to prove” mission the last two weeks and that is that this team can compete and can be a Super Bowl team. I thought they had next to no chance of beating Denver last weekend and I was wrong. This team is capable of winning road playoff games anytime anywhere and there’s little reason to believe they won’t be able to do it Sunday. Their defense is getting quite tired and if you’re the Patriots, you’ll want to take advantage of that. As for the Patriots, they played well against Houston in many areas except for one-special teams. They need to step it up in that department because Jacoby Jones, a Pro Bowl kick returner, is coming into Gillette Stadium on Sunday and he is much more explosive than Danieal Manning was. Look for the Patriots to win,but if the Ravens do,don’t be surprised.