Leftovers-The Things That Need to Go in 2013

Did you save room for leftovers? I hope so,here are the things that missed our 100 items on the Things That Need to Go in 2013 in no particular order!

This made the list last year at #69. I thought about putting it on the list again,but for personal purposes I couldn’t. Look,I think it’s great that women want to put stock into their physical health. It shows they’re willing to look good for themselves and maybe even their significant other. But this is extreme and also unattractive,not to mention too manly.

Something about a woman with huge biceps and a deep voice really turns me off. 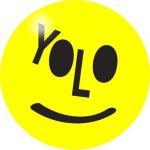 I really thought this would make the list,but since a lot of other things had priority,it didn’t. Also,it’s begun to lose its popularity big time.

We are beginning to have way too many acronyms in society today. YOLO is one of them. It was funny when people said it in the beginning,but over time it has gotten stale and even has lost its meaning.

It’s bad enough a lot of workplaces have too many acronyms. We don’t need more. Adios,YOLO!

I absolutely do not like candy corn. In all the years I went trick-or-treating as a child those were among my least favorite of candies and I wouldn’t even touch them. They aren’t chocolatey, they taste too much like wax and it’s just too easy to give out.

It almost made the list because of Candy Corn Oreos that were introduced this year,but too many people would’ve bitched about this being on the list.

This made the list last year and missed it this year because the end of the trend is coming.

All of these things listed are stupid and pointless. I don’t get it. Is it because it’s perhaps not my demographic that does it?Why do people do this?

We need to stop coming up with spinoffs of all these stupid things,too. ENOUGH!!!

How the hell does this keep missing our final list?

This once great ad campaign has turned to mush in the last five years. Ever since they had that show on ABC it’s been extreme crap. I keep waiting for it to die a painful death,but it isn’t and somehow it can’t even make our final list. If it continues to exist and it still sucks, I can’t help but put it on the final list.

The Occupy Movement and the Tea Party Movement

Though it wasn’t on the final list,it at least deserves a mention. These two movements cancel one another out and they are leading its followers nowhere. I get that people aren’t thrilled with how things have been the last four years and that the government has been atrocious, but what are you doing to help your own cause?

People should stop looking elsewhere for someone to magically make their situation better. It’s up to you to decide what you want to do to make things better and how you’re going to do that. So get off your ass, turn off your XBox and grab some job applications.

These commercials are awful, well most of them. The one with the Italian babe is not bad,but the rest of them are irritating. Like the one with the car driving off a cliff as if it were a person diving off of it, that one’s pretty terrible. The other one with Charlie Sheen is pretty bad,too. Seeing that ad makes me miss him on Two and a Half Men and is a painful reminder of how much better that show is with him, even if he is playing himself on it.

Anyways, these commercials are bad but they didn’t make the list.

Sports teams that wear uniforms that lack the team’s colors

I don’t get why some teams,particularly in college, bust out uniforms that don’t officially have the team’s colors in them. Like when the Oakland A’s had a black alternate jersey when their colors are green and gold. Also,the University of Oregon is a frequent violator of this. They wear colors like gray and black and silver. Those aren’t their colors and it makes me hate them even more.
It didn’t make the list but I still hate it!

It happens maybe about every six weeks or so. It’s 10:58pm and the news is about to be over and if there isn’t breaking news about a high speed chase or blood and guts or whatever, this time is reserved for some story about a monkey who can smoke or a turtle that can do math, but even more so for a story about some cat that weighs 60 pounds that probably shouldn’t be alive. And almost always it’s owned by some redneck couple in the deep south.

Do we really need more stories about fat kitties? No! Instead of that, how about just putting a camera on the attractive news anchor’s legs? Now THAT would be a story worth watching! If there’s anyone who loves hot news anchors,it’s me, I won’t lie!

People who don’t text you back

It bothers me a bit when I send something hilarious or just want to say Hi to somebody and they don’t even text back. Then when I ask why they didn’t, they said they were busy. Bullshit!

About 99-percent of the time when the situation warrants it, I text people back. It’s called finding time to get back to people. If a guy like me who works full time, write a blog, make appearances on college radio and be a part of two Masonic groups can text people back regularly, you can,too. It’s not hard!

And by the way, nobody is that busy ever. Why didn’t this make the list? Crap!