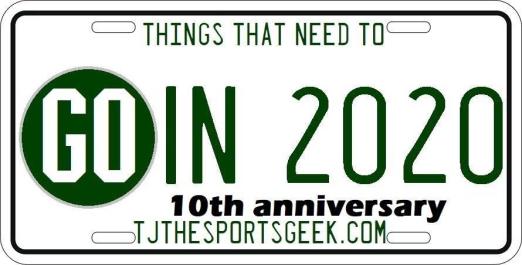 Hello again and welcome to the final part of out countdown of The Things That Need to Go in 2020. This is our sixth and final part of the list where we countdown our top 10 items of what needs to go as far as trends, things,and other stuff in the new year.

Disclaimer: This list is meant to be taken semi-seriously and is for entertainment purposes.

On with the countdown and number 10!

10. CATCH-ALL: Joe Biden, Pete Bootyjudge and every candidate polling below 5%

Yep, I said it. All these candidates can go home now. Their time is up and I have zero interest in voting for them next year to replace Donald Trump as interim president.

Joe Biden is 143 years old, he’s a centrist whose time has come and gone, his mind is mush at this point, and he’s flat out creepy. He doesn’t have a pulse on how his base feels about the issues and wants to take the country back even further. He’s even said privately to donors “Nothing will fundamentally change!”. If he’s the nominee, he’s not getting my vote.

Pete Bootyjudge is no better, in fact, he might be just as worse as Biden. He’s a conservative mayor of a town that he has had trouble running. He doesn’t support universal healthcare, he doesn’t want to make college free, and he wants to bring back the draft. Plus the more I see him, the less I like him. He’s trying to be a gay, white version of Barack Obama, and that’s something we do not need. Do your research on Bootyjudge before you decide he’s good enough to be the next true president of the country. You’ll be quite surprised to what you’ll find.

Everyone else polling at or below five-percent, your time is done. It’s time to end your campaigns and go back to your jobs and not do them like always. Especially you, John Delaney! We don’t like you, go home! 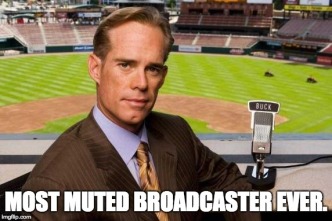 It’s goes without saying that Joe Buck is not fun to listen to. Why? Because he doesn’t have much enthusiasm when it comes to calling games. So monotone and boring that it makes you want to listen to a radio broadcast instead or silence altogether.

Also, when it does seem like he’s cheering, it’s for the other team. I know he isn’t, but it just seems that way.

Just because your dad was a legend in the industry doesn’t mean you are and Joe has a long way to go before he’s anything like his pops. 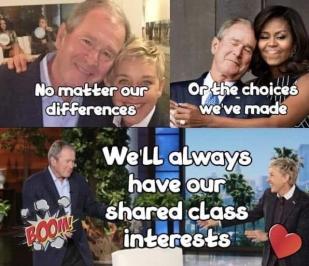 8. CATCH-ALL: The rehabilitation of George W. Bush, Sean Spicer, and other awful Republicans

Let’s start with the continued rehabilitation of a horrible president in George W. Bush. Have you people lost your minds? You do remember how bad he was not just as President, but as a human being? He’s a war criminal who got us into two wars that are never going to end and set our country back in so many ways including the recession that cost me my job in 2008. He was so bad that people threw shoes at him.

Also, I’m so sick of him being buddies with Michelle Obama and Ellen DeGeneres. That is infuriating that these two women who should be smarter than that can cozy up to someone so awful. But I guess it’s like George Carlin once said “It’s a big club, and you ain’t in it!”

Also, other Republicans like Sean Spicer, who lied to the public on a daily basis when he was the original press secretary under Trump, are not worthy of being rehabilitated by appearing on Dancing with the Stars. Fans on the long running ABC series were upset about Spicer’s being on the show. Even the show’s host, Tom Bergeron, wasn’t crazy about the idea.

Let’s stop giving these awful people another chance. They were and are bad and should be shunned, not celebrated and given a do-over.

I think this is one of the trends I would love to see the most and there’s a reason why.

Sandals were created so that you could wear minimal footwear as possible and to have your feet in the open air. There’s absolutely no reason for anyone to be wearing socks with sandals.

Even old guys who wear black ones with them when they’re out being tourists are making a bad fashion statement.

If you’re going to wear socks, wear shoes with them. Let’s leave the sandals in the closet until you’re ready to wear them on your bare feet.

Ever since Nike took over as the NBA’s outfitter, they have had so many alternate uniforms for different teams and in different colors that it’s even hard to tell who is playing who anymore. Also, I miss when the teams would wear either white or a light color uniform at home.

I absolutely hate when my team doesn’t wear the colors I’m used to them wearing. Like my Sacramento Kings who came out with a red uniform this year when their colors are purple, silver, and white. I never get to see them in those latter colors anymore and it’s frustrating.

I think it’s time for the league to go back to wearing white at home, colors on the road, and an alternate jersey from time to time. No more of these endless alternates that they don’t need.

5. People who want to leave California “so badly” and never do

This is one I absolutely had to put on the list because so many people whine and complain about how bad it is to live in California and how they want to leave “so badly” all the time and they never leave.

Here’s an idea: How about just leaving? If you don’t want to be here, nobody’s forcing you to remain, so just shut up and do all of us who want to stay here a favor and departing.

Yes, it’s expensive to live here, but everywhere else isn’t that much better. Not to mention if you moved to a less expensive place like Missouri or Alabama, you have to live here and that’s a hell I wouldn’t wish on anyone, even my worst enemies.

So to all of you knuckleheads who won’t leave even though you want to, just do it!

If there’s a group of people I don’t trust during this election cycle, it’s this committee. They not only rigged the primaries in 2016 so that Hillary Clinton could win the nomination, but there’s that real fear they’ll do it again so that somebody like Joe Biden or Pete Bootyjudge would win, further pushing any progress back and guaranteeing that Donald Trump remains interim president.

Tom Perez and his henchmen are going to stop at nothing to make sure the Democratic Party stays one that is spineless that serves the establishment and their donors rather than the American people. They don’t want to make big change, they don’t want to enact universal healthcare or make college free or end the wars overseas, they just don’t want Trump in power anymore and won’t make any fundamental change if they regain power 11 months from now.

The DNC is a big joke and the longer they’re around, the less we truly need them. 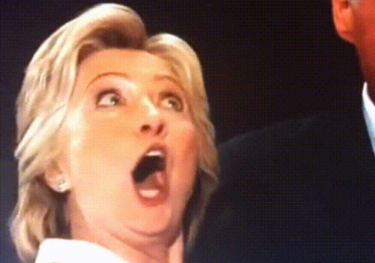 If there’s one former politician that needs to go away, it’s Hillary Goddamn Clinton (as my father used to call her). She not only lost to Donald Trump three years ago, but it was the biggest loss in franchise history for the Democratic Party and made me realize that the party is content with losing with a centrist candidate instead of winning with a progressive one. What’s made me mad with her is her lack of any taking responsibility for the loss. She’s blamed everyone from Russia to Bernie Sanders and I have yet to hear her or anyone own it. That bothers me a great deal.

Also, she won’t go away at all. Other politicians go away for a time after they’ve lost embarrassingly, but not her. It’s as if she’s threatening to run again. As awful as Trump was, she would’ve been just as bad and we wouldn’t be much better off. I don’t regret not voting for her or Trump the last time around and I will unapologetically do it again if I have to.

Nobody wants you or your brand of neoliberalism anymore. Us progressives are taking over, step aside! 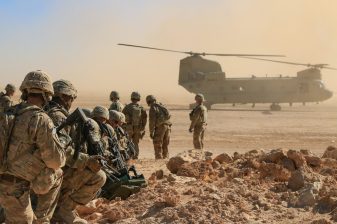 I wish I had placed this on the list sooner, but since these unnecessary wars are never going to end, it’s gotta be on here, and high on the list.

We have been in Afghanistan since 2001 and Iraq since 2003 and there’s absolutely no reason for these wars to go on anymore, especially since matters have been made worse since we’ve been over there. These wars aren’t about fighting terrorism, because if they were, we’d be all over the world fighting it because terrorism exists everywhere. The major reasons why we’re over there fighting unnecessarily is because peace isn’t profitable. If it was, we wouldn’t be bombing eight different countries right now. If it was, we would have gotten out of Iraq and Afghanistan long ago. These battles continue because the military industrial complex has to be funded somehow and what better way than to be at war forever.

Until we get lawmakers in power who have this interest in mind, you can best bet that your children and grandchildren will be hearing about the wars over there and maybe even fighting in them. What they’re fighting for in those battles is anyone’s guess.

1. Donald Trump and everything about him

If you’re not new to this list, you knew that this was going to be the top item yet again.

I absolutely hate this man, any sane person does. He’s not only a bad President, but he’s a terrible liar, he’s a terrible person, a racist, a sexist, and he’s an embarrassment. I can’t believe three out of every 10 people still slurp this guy.

From his awful tweets to his inability to spell hamburger correctly to his constant golfing (I’m sure he cheats at that) to his support of the confederacy and white supremacy, he’s been a joke,and we have only ourselves to blame for it.

Trump is the byproduct of our lack of ability to find quality people to represent us in an honest way and to serve our interests and to give us the basics in a functioning society. If there’s anything that’s positive about this, it’s that a lot of people are waking up and realizing that their country is being swiped from them and that it’s time for a revolution, and that, folks, is a good sign of better things to come.

Having said all that, it’s time that this moron left office and spent the rest of his days in Leavenworth eating fresh hamberders.

That’s our list for the year! Or is it?