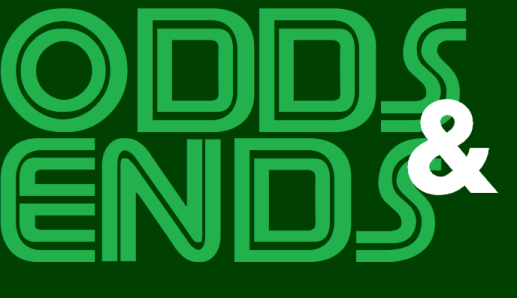 We begin Odds & Ends this week with the news of Richard Sherman being released by the Seattle Seahawks after seven seasons. It didn’t take long,however,for Sherman to find a new home. The four time Pro-Bowler signed with the San Francisco 49ers on Saturday, a three-year deal worth $39 million. 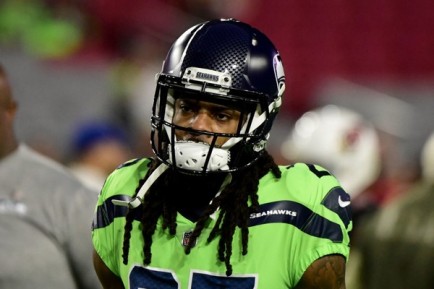 The 49ers,who are expected to make big leaps in the 2018 season after winning several of their games late in the year, are hoping Sherman has made a strong recovery after an Achilles rupture in Week 10 against Arizona last season,ending his season.

Some fans are excited about the move,but others are beside themselves about it. The reason? Because he said mean things about the team in the past when he was a member of the Seahawks and the two teams were fighting to get to the Super Bowl. They’re also upset about him eating turkey on the 49ers logo after Seattle’s win in 2014 (not his fault that his team won and NBC placed the table there). The list goes on and on as to why 49ers fans haven’t liked this guy in the past,but now it’s time for them to get over it.

It’s time to forget what he did or said in the past and time to welcome him to your team. He’s not a bad guy, he’s actually a very smart guy,the man went to Stanford, he’s never been in trouble with the law or had any off the field issues,he scored higher than any quarterback ever did on the Wonderlic test at the combine, he’s played this game at a very high level. Yes,he was on a rival team before,but does that matter? Is no former Seahawk ever allowed on the 49ers? If that’s a belief of yours,that’s one you should probably get out of your system immediately.

I’m a Patriots fan and Darrelle Revis,a former Jet, came to the team in 2014 after a year in Tampa Bay. He helped them go on to win Super Bowl XLIX. I was happy when he came over and felt a little bad that he left because I liked what he brought to the club in the season he was in Foxboro.

Players change teams all of the time,guys and it’s not uncommon to see them go to teams who are/were rivals. The 49ers are doing everything possible to get better after being so bad the past few years post-Harbaugh. They’re brewing something very good and Sherman is going to be a big part of their success and instead of hating on him,it’s time to be thankful he isn’t a part of the enemy anymore.

Meanwhile,the Los Angeles Rams are hoping to win the division again and keeping the 49ers at bay and they’ve beefed up their secondary. 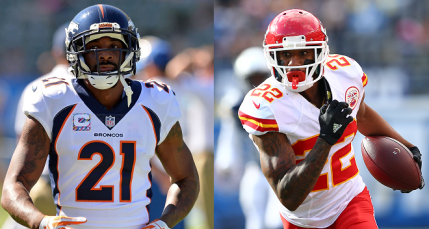 After trading for Marcus Peters late last month,the Rams signed Sam Shields who hasn’t played since 2016 after recovering from concussions. They also sent a fifth round draft pick to the Broncos for Aqib Talib,a five-time Pro-Bowler.

They also unloaded Robert Quinn to the Dolphins and Alec Ogletree to the New York Giants for multiple picks in this year’s draft in an attempt to save money against the cap.
Nabbing Peters was great for the Rams,since entering the league in 2015, he has more interceptions than anyone with 19 and might be the best at forcing a fumble right now in the NFL. Meanwhile,Talib,is a bit of a downgrade to Trumaine Johnson who is expected to sign elsewhere,but is still an effective corner as long as he’s not ripping chains off of other receivers (which is something we could see again since the Rams do play the Raiders this coming season).

With Peters and Talib in the locker room,it’ll no doubt be a colorful one next season in Los Angeles. We’ll see how it goes!

The Browns actually made some decent moves. No,really,they did!

Cleveland traded for wide receiver Jarvis Landry and sent a fourth round pick this year and a seventh round pick next year to the Miami Dolphins. Landry led the league in receptions with 112 and was 13 yards away from having his third straight 1,000 yard season. He did have a career high in touchdowns with nine in 2017.

Landry will join Josh Gordon and Corey Coleman as the targets for the new Browns’ quarterback Tyrod Taylor,who the Browns traded a third round pick for. Now a lot of folks will think that Taylor isn’t a very good starting quarterback,but he did play on a Bills team that did make the playoffs this past season and honestly,he’s better than any starting quarterback the Browns have had in a long time and if the team can draft their quarterback of the future with the fourth overall pick (We all know who they’re drafting at the first pick!), I think Taylor will be a good guy to have until that signal caller is groomed enough to take the reigns.

The Browns also traded Deshone Kizer to the Packers in exchange for Damarious Randall and a swap of fourth and fifth round picks in this year’s draft. Danny Shelton was shipped to New England for a third round pick in 2019.

A lot of fans have been saying that these players are screwed and their careers are over because they’re now members of the Cleveland Browns,but can you at least give this team credit for finally making some decent moves for once? This was a team that went winless last season and some of their fans held a parade for that. I think that right there was a wake-up call that things in Cleveland needed to change and trading for Taylor,Randall,and Landry is a big start. Oh,by the way,they still have a ton of cap space to play with. I don’t think they’re done trying to get deals done,but it may not be so easy to get talent to play in a place where a winning culture isn’t in place. At least they’ve been getting better through trades at the moment and you’ve got to give it up to them for those efforts over the weekend.

Finally this week,Jake Arrieta has found a home,and it’s the place I thought he’d end up.

The 32-year-old pitcher signed a three-year,$75 million deal with the Philadelphia Phillies. After winning the Cy Young in 2015,he has declined a little,but still has been an effective pitcher,making 61 starts and posting a 3.30 ERA despite his fastball velocity going down a little.

Arrieta joins a young pitching rotation that has Aaron Nola, Jerad Eickhoff, and Vincent Velasquez. While they have youth and upside,they’ve been hurt quite a bit,which is where having Arrieta in the rotation is a plus since he’s been on the disabled list sparingly since 2014.

The Phillies have made a few good moves gthis year with Carlos Santana coming over as well as bolstering their bullpen by signing Tommy Hunter and Pat Neshek. Now I know that making those three moves doesn’t make them playoff contenders right away,but seeing what the rest of their division looks like and what kind of team they’re building with their youth and the veterans they’re bringing in makes me think they could be a surprise team this year.

That’ll do it for Odds & Ends this week,have a great St. Patrick’s Day!