1984-85 Edmonton Oilers the greatest team in the league’s 100-year history and I actually agree.

Putting all Oilers bias aside, this was by far the best team in the league’s history. The 1984-85 Oilers,who won their second straight Stanley Cup that season,boasted a plethora of talented players,led by Wayne Gretzky and Hall of Famers Mark Messier, Jari Kurri, Grant Fuhr,and Paul Coffey.

“We had a love for the game,” Gretzky said in a statement, “All of us loved being at the rink. We loved playing and we loved practicing. I think from Messier, to (Glenn) Anderson, to (Coffey), to Kevin Lowe, to Kurri, we showed up for practice. We practised hard.”

Edmonton had the best record in the Campbell Conference (now the Western Conference) with 109 points, second only to the Philadelphia Flyers,who had 113 points and the team the Oilers beat to win the Stanley Cup in five games.

That goes to show you how great that dynasty was when three of the five greatest teams of all time were virtually the same one. They were built well,they were coached well,and they showed it every night on the ice. My not-so-quiet hope is that this current group in Edmonton can capture a sliver of the glory the Oilers of the 1980s did.

It’s been rumoured time and time again that the Sacramento Kings may move up with the Philadelphia 76ers or the Los Angeles Lakers in order to draft De’ Aaron Fox from Kentucky and are willing to trade their current selections at the fifth and the 10th picks.

I absolutely don’t want that to happen. At least not that trade. 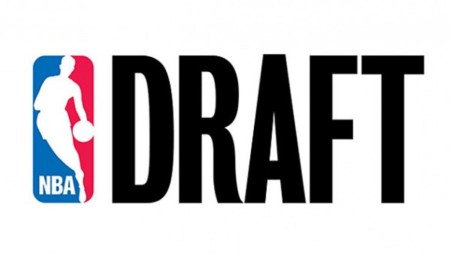 As much as I want (and hope for ) Fox to come to Sacramento,sacrificing the 10th selection isn’t worth it to me. I would love to see a trade happen with maybe Philadelphia where they give the Kings the third pick and slide back to five and maybe throw in someone like Jahlil Okafor and the Kings trade someone like Kosta Koufos or Arron Afflalo so that they can nab Fox. I’d be okay with that.

What I also don’t want is a lopsided trade with either the team mentioned above,or even worse,the Lakers. I also don’t want the Kings to draft Lonzo Ball and it has nothing to do with his talent because he is a talented kid,it’s his pops.

I’ll be honest, I have never heard Lonzo Ball speak. Ever. It’s always his dad who is doing the talking, about him and for him. If the Lakers were willing to trade down, I understand because they may not want to draft not only Lonzo Ball,but also his dad,I just don’t want the Kings to be that trade partner.

Sticking with basketball, the NBA Finals have been going on and honestly,I haven’t watched them because of how bad of shape the league is in now that only two teams truly matter out of the 30 that exist.

However, I have to come out and say something to Warriors “fans” who think the series is becoming rigged now that their precious team that can do no wrong (except punch the opposing players in the man region) didn’t have a perfect postseason record: It’s not,get over it.

This is exactly what I hate about Warriors “fans”, the moment their team has something not go their way, they immediately play the “This league is fixed” card. Yes,the league is fixed. It’s fixed to ensure that not only your team gets a smooth road to the Finals every year, but also that team from Northeast Ohio that you play in the Finals as well. Let’s get that shit straight. This league does it’s best to make sure that the good teams stay good (even if that means superstars team up together to chase rings) and that bad teams get fucked around year after year to the point where their seat at the NBA Draft Lottery becomes damn near permanent.

For the love of God, stop whining about how the officials “rigged” the game last night in Cleveland’s favor. At least your team is in the fucking NBA Finals,some of us may never even get to see that.

Keeping with Cleveland, the Browns continued their dumb ways this week but cutting safety Tyvis Powell on Friday. Sure,players get cut all the time,but what makes this story interesting is that the team did it just hours before Powell was scheduled to throw out the first pitch of the Indians-White Sox game.

Powell,an Ohio native,signed with the Browns in February after being released by the Seattle Seahawks. He appeared in eight games with them as a rookie last season. Despite being released, Powell still threw out the first pitch before the game, delayed by rain, at Progressive Field.

The Browns state that they were unaware that Powell was scheduled to throw out the first pitch until after they made the roster move.

Seriously,Browns? You guys have shown and continue to show,how incompetent you are as a franchise. Not only has it been 15 years since your last playoff berth, but it looks like that streak is going to continue some more by the way you handle roster moves, marketing the team,and make fans wait for something good to happen. Also,your uniforms are fucking terrible.

Staying in the Buckeye State with the other football team there, the Cincinnati Bengals,

where they have placed their rookie tailback Joe Mixon with a mentor,and the man who is doing so is possibly the worst one you can give to a rookie with a rocky past.

Jones,33, and Mixon,20, were seen photographed together at a recent concert in Cincinnati and it’s been reported that Jones “quietly mentors a lot of young players on the team” and has taken Mixon “under his wing.”

Mixon was seen on videotape in 2014 roundhouse kicking a woman in the face,breaking it. The Bengals selected him 48th overall in this year’s draft. Had Mixon not been such a scumbag by doing this,he probably would’ve been a top 10 pick.

I’m of the belief that no matter how badly someone has screwed up,there’s always a chance for redemption,and with Mixon that’s no different,but the team deciding that he should be friends with a player with one of the worst character backgrounds anyone’s ever seen is ridiculous. Have Andy Dalton mentor him,or A.J. Green,or Tyler Eifert, anyone but Jones. 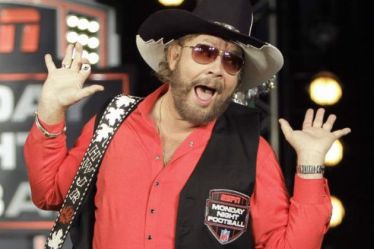 In a desperate attempt to lure viewers back, ESPN has brought back Hank Williams, Jr. to sing “Are You Ready for Some Football?” before every Monday Night Football game beginning next season.

Williams sang the song before every game starting in 1989 until 2011 when the singer,a noted conservative, made critical remarks about then-President Barack Obama comparing playing golf with then-House speaker John Boehner with Adolf Hitler taking to the links with Israeli Prime Minister Benjamin Netanyahu.

ESPN said, “Fans told us they missed it, so we’re excited to bring this popular segment back to ESPN for the 2017 NFL season with some new twists.”

I,for one,am against this. Not because of Williams’ politics (which I do hate,but what I hate more is how much of a racist the man is), but because it reeks of desperation. Sure,I’d like to see ESPN become something of its former self instead of what it is now, a cable network that features mostly sports,but also has too much going on with pop culture talk. It’s also playing with fire because of how divided we are as a country during the Trump era. While I don’t think Trump has divided our country any more than it is right now (we’ve done a good job of that ourselves), this controversial decision may alienate viewers who have progressive leanings who think that Williams’ racism and remarks that were made not that long ago are not welcome in any environment.

I,for one,will mute the song whenever it comes on. I don’t really need a three minute introduction song before a three to four hour long football game,it’s long enough as it is.

That’s going to do it for this week’s Odds & Ends,we’ll do it again next time.