In Pittsburgh, they are celebrating like it is 1992. The reason why? It is because the Pirates are having a tremendous season and could be in the playoffs this year for the first time since then (I was 10 years old that year if you happen to be keeping score at home).
The Pirates became the first team to win 50 games and have won nine straight and look to be in a three team race for the Central Division championship along with St. Louis and Cincinnati. The most impressive thing about this team is that they are doing this with a bunch of cast-offs from other teams. Guys like Francisco Liriano, Clint Barmes, Russell Martin, Brandon Inge, and Gaby Sanchez have helped make the Pirates a great story this 2013 season.

Here’s the thing,though, we have seen this before from them and they have fizzled out time after time in recent years. It’s always ”Wow, it looks as though Pittsburgh won’t have a losing season after all this year” only to have everything fall apart in the second half. This year just might be different and a 21-year playoff drought just might end so long as they can keep it together. 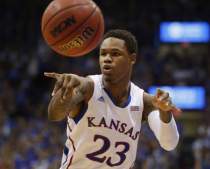 The NBA Draft has come and gone and there were many surprises throughout, but one for me had to be the Sacramento Kings getting a steal in Ben McLemore with the seventh pick. This was absolutely the guy that the team wanted and they were sure that he would fall to them at that spot. I thought the Kings would go for more size,but apparently did not want to go that route.

McLemore is a great player on transition and has great defensive prowess,something new coach Mike Malone likes to see in a player. It does,however,create a logjam at the two guard position. Tyreke Evans is an unrestricted free agent and Marcus Thornton could be traded. Which guy is going to go? It’s anyone’s guess really. I wouldn’t be able to tell you,but there are solid cases to either keep or get rid of them depending on who you talk to.

There were a few trades during the draft as well. Jrue Holliday went from Philadelphia to New Orleans for Nerlens Noel’s draft rights,

but the big trade was the Celtics trading away Kevin Garnett and Paul Pierce to Brooklyn for a slew of second round draft picks. Also being mentioned is a possible Rajon Rondo trade to Dallas.

It seems as though the Celtics are indeed rebuilding and it is both a good and bad thing. It is good because the Celtics need to get younger, it is bad because there isn’t much of a veteran presence on this team that can help lead them back to where they once were not so long ago. I just hope Danny Ainge knows what he is doing.

In a further move to distance themselves from their former Pro Bowl tight end,Aaron Hernandez, the team has offered to buy back Aaron Hernandez jerseys from fans who bought them either online or inside their Foxborough,Mass. team store. Fans can get a jersey of a different player.

I think this is a great idea because fans don’t deserve to be taunted by something they didn’t know about from a player they once supported. It isn’t their fault that this happened,so why go through any ridicule from it? I for one have denounced Hernandez for his alleged actions in this entire case, I think it is sick that he was involved and would ever think to do such a thing or be involved in such an act. Getting a different jersey of a player who is more upstanding is a great idea by the team. It is,however,a buyer beware situation because with any player jersey purchase,it always is and will be.

A friendly reminder to my readers who are in this massive heat wave to stay cool and drink a lot of fluids to avoid heat exhaustion. Where I live in the Sacramento area we are and have been experiencing temperatures of over 105 degrees (Normal tempratures around this time of year are around 90 degrees. Today is expected to be anywhere from 107-112 degrees. Tomorrow and Wednesday,the same. Independence Day will bring highs of up to 106 degrees.

Also,have a safe and sane Fourth of July!