One of the oddities of this 2020 NFL season is surely the fact that the Washington NFL team doesn’t have a name,and no,this current temporary name doesn’t count as one,even though team owner Dan Snyder has hinted that it very well could be,which is stupid. Keeping the team’s colors,however,is not because I do like those colors together.

Many have speculated at what the team may be called going forward,and I thought I would go over some potential names and what I think of them. Here we go in no particular order!

There are pros and cons with this name. The con being that it has the potential of continuing the Native American theme and could piss people off yet again. The pro? It doesn’t have to be that way. The proof is the NBA team that uses the name as the Golden State Warriors have no tie-ins with Native Americans in their use of the name. Yes,they used to in the early days of the franchise, but since their move to the Bay Area in the Early 1960s, the team’s name has been just that, a name. Washington could go that same route if they chose to.

A name that gained some traction in the offseason, the Redtails would pay homage to the Tuskegee Airmen, who were the first African-American military aviators in the U.S. Armed Forces in World War II and the nickname Redtails comes from their planes, which had a distinct crimson tail.

This name would work on a variety of levels, including keeping the HTTR motto in the family as well as honoring a group of people that are a big part of our country’s history.

I like this name,but not many others are crazy about it.

This name would not only work in keeping the color scheme in tact, but also keeping that HTTR hashtag the team has made popular with fans.

It also wouldn’t be the first time this has been done. Miami University in Ohio changed their name to the Redhawks in 1997-98 from the name they shared with Washington at the time. I do wonder if the Seahawks would have objections,though, to another team being called the Hawks for short like they often are.

I am also kind of partial to this one because,again,you keep that color scheme intact, and the HTTR motto. This name also garnered a lot of support and traction in the offseason.

Former Washington defensive back Fred Smoot had this to say to NBC Sports Washington:

I think it’s be a pretty cool name,plus there aren’t any canine team names in the league,it would work out nicely!

In an instance where life imitates art, the Sentinels name goes back to the 2000 movie The Replacements starring Keanu Reeves and Gene Hackman.

While the team in the movie’s colors were red,white,and blue,you could easily make the Sentinels into the colors the team has decided to keep. I think it would be a good team name,even if it was already used for entertainment purposes.

The nickname of the team’s offensive line during their Super Bowl run of the 1980s and 1990s, the Hogs would definitely fit into Snyder’s criteria of honoring the “proud tradition and history of the franchise.”

Also, a lot of fans have taken to calling the team overall the Hogs in lieu of their former name,so why not let this be the name? Not to mention there aren’t many swine-inspired team names in professional sports these days. Why not make this the first? 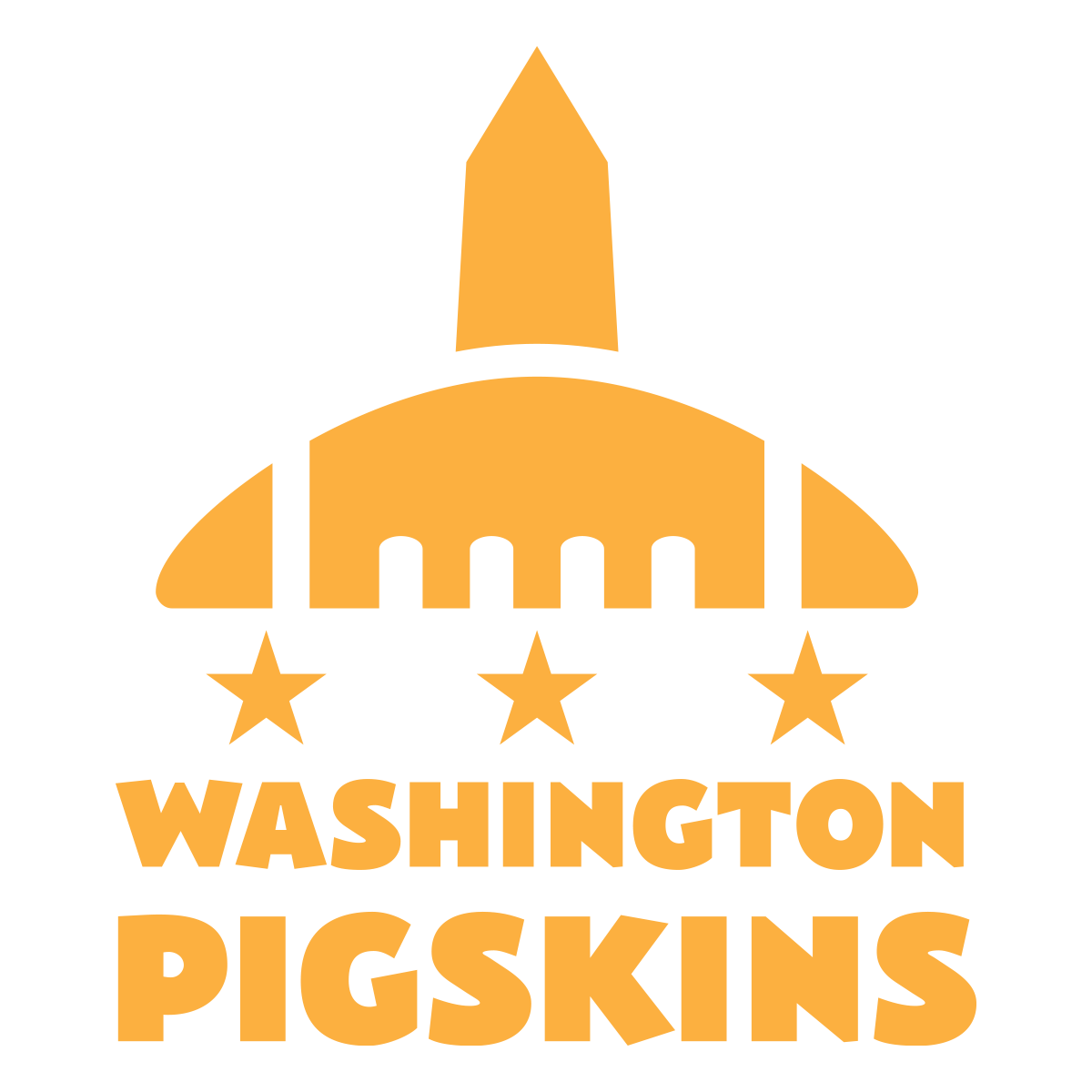 This would be an interesting nickname, but not far fetched to name a team after part of the equipment of the sport as the Nets of the NBA are named after just that. Not to mention you could still call them the Skins and it would keep part of their former name.

Although, HTTP? Are we logging on to the internet?

As stupid as this is, there are some that don’t want a new nickname for the team. They liked the old one and any other name wouldn’t be as good/wouldn’t suffice. Not to mention a lot of soccer clubs here and abroad take this approach and just name them after the city and stick FC or SC on the end. Washington could do just that,but how uncreative is that?

So there you have it, my list of possible names for Washington. I think they will end up with a team name,the only question is which one it will be come next season.