We begin this edition of Odds & Ends with the Oakland Athletics actually extending the contract a player’s contract. Unfortunately that doesn’t mean their status as cheapskates has changed.

Khris Davis was given a two-year contract extension worth $33.5 million that goes through 2021.

“Oakland is perfect for Khris,” said a source close to the team. “He’s actually lived in the city at times. He loves the vibe. He likes that it’s low-key and he goes under the radar. He doesn’t care about accolades or money. He loves the team and his teammates. He’s a sweet, goofy, funny guy who knows where he is happy.”

But did the A’s low ball him with their “team friendly” offer? Yes they did.

Honestly,this is not a culture-changing signing. This team had an opportunity to reward their best player with a lot more than they did,not to mention were in negotiations with him and his agent for 18 months and this is the best they could do? Please!

If I was the general manager of the A’s,I would’ve given him a deal that was worth at least $100 million over several years. That is the kind of deal that shows the rest of the league and more importantly,your fan base, that players are going to stay around a while and that the days where they ship everyone off for prospects are over. This deal didn’t do anything of the sort and if anything,it reinforces my belief that this team is cheap even more.

I get that Davis likes playing for this team and I respect his wishes of wanting to stay there,but he got screwed over with this deal. All this deal does is makes sure he’s gone in two seasons instead of the July trade deadline for players to be named later. Until they back up the Brinks truck to a players driveway,expect things to stay the same.

Staying with baseball and a news story about the San Francisco Giants that makes me absolutely happy,for once.

The team,most notably acting CEO Rob Dean and president of baseball operations Farhan Zaidi, has discussed the possibility of changes to the field’s layout. Changes that would be aimed at making the ballpark livelier for the fans and safer for the players. Among those changes would include moving the right-center field fences in. That move would eliminate Triple’s Alley,a park stable since it opened in 2000.

“Objectively, how would it impact the type of game played in our park? We’d want to look at how it would affect us organizationally now and going forward. But at this point, for practical issues like the bullpens or broader long-range philosophical or strategic issues about where the game is going, I think we’re at least opening up the discussion on it,” said Zaidi via The Athletic.

Other factors are also in play. The team wants to make sure fans are seeing an exciting product on the field that is on par with the rest of the ballparks in the league.

Changes,however,are not imminent,and a big deciding factor is if current suspended CEO Larry Baer,who has long been against changes the park’s dimensions,is open to the idea.

Honestly, the talk about the idea of doing this has me excited that this may happen. However, this is a team that has been reluctant to change about the ballpark besides the name,which they’ve done four times since its birth. I think the team should consider it because of how hard it is for teams (specifically the one that plays there 81 times a year) to hit home runs there as well as players who can hit home runs to come and play there. The team missed out on Bryce Harper this past offseason and weren’t able to land Giancarlo Stanton the offseason before and you would have to think that the ballpark had to play a factor in those players’ decisions not to come there.

Yes,the team won three World Series titles in its current configuration,but that was the past. The league is built on power and offense now and if you don’t have it,you’re not going to win a lot of games. Until the Giants get that hint and tinker with the dimensions,even slightly,they’re going to be in the same spot they’re in where the league’s best hitters will bypass coming there and playing elsewhere because they know their numbers will be good.

It is good to know that some in the front office know that such a change should be considered. 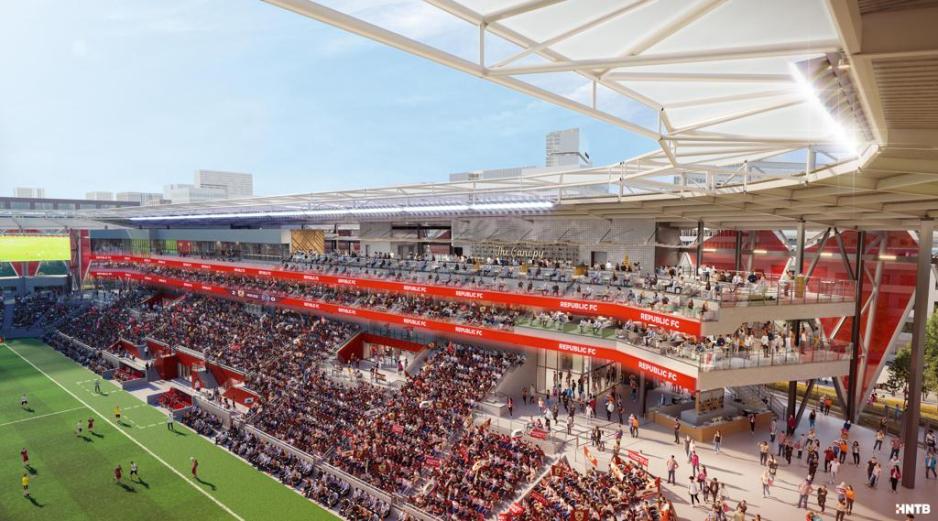 Finally this week, the city of Sacramento may be closer to landing an MLS team as the league has announced plans to expand from 27 to 30. MLS commissioner Don Garber said Sacramento and St. Louis are the only two cities the league will engage in formal expansion discussions, and both will have to show the league they have the stadium plans, fan base, economic strength and corporate support.

Sacramento recently announced Ron Burkle as the team’s new lead investor and plans and renderings have been created to build a soccer-specific stadium at the old Union Pacific Railyards downtown.

“The decision to grant these teams has not been made,” Garber said. But he added it is the league’s intention to have teams in those two cities competing in the league as early as 2021.

Garber said the league would like to have a final decision on Sacramento’s entrance into the league by the league all-star break on July 31.

While I’m not the biggest of soccer fans,I know how exciting it would be for the city to have professional soccer in it. The Republic has had a great following since they were formed and the fan base really enjoys this team and since the beginning have wanted them to become an MLS team. It looks like soon they’re going to get their wish.

That’s it for Odds & Ends this week,we’ll catch you next time!