We begin this week’s Odds & Ends with the big news of the trade of wide receiver Odell Beckham Jr. to the Cleveland Browns along with Olivier Vernon. The New York Giants received Jabrill Peppers, Kevin Zeitler, and the Browns’ first round and third-round pick previously acquired from New England in exchange. 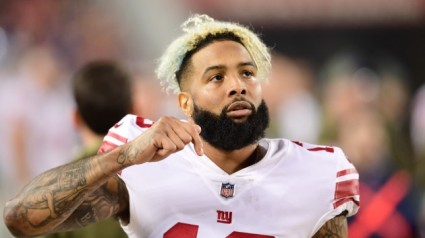 Beckham spent five seasons in New York and made the postseason once and had a poor showing in that playoff game against the Packers. His time with the Giants was with controversy,from his on the field antics to his decision to party on a boat a week before the only playoff game he’s been in to date. He did sign a contract extension before the 2018 season began,signaling that he would be in the Big Apple for seasons to come. However,his time with the Giants ended last week.

With the addition of Beckham,the Browns now give themselves a chance to make a run at a playoff berth for the first time since 2002. With Baker Mayfield at quarterback,Nick Chubb and Kareem Hunt at tailback (Hunt will serve an eight-game suspension to start 2019) and Beckham’s former college teammate Jarvis Landry on the other side of the line, this team could do some great things next season. Hell,that could even mean a trip to the Super Bowl if everything works out wonderfully. The problem that could be in play is Beckham’s past controversial behavior and his ego. Can coach Freddie Kitchens juggle all the different egos on the team? That’s going to be a tough task. If he can,this team will thrive. If not,it’s going to be the same old,same old in Cleveland.

Le’Veon Bell will play football again,but not for the Pittsburgh Steelers. The free agent tailback will take his talents to East Rutherford,N.J. and play with the New York Jets on a four year,$52.5 million deal,a far cry from the $70 million deal he held out an entire season for with Pittsburgh,but nonetheless,it makes him the second highest paid tailback in the league after Todd Gurley. He does join a Jets team in need of offensive weapons to play alongside young quarterback Sam Darnold.

Still,Bell does not regret sitting out the entire year.

“The decision I made is the decision I would do all over again,” Bell said. “I don’t regret anything that happened. Everything has happened for a reason up until this point. Who’s to say if I played last year, if I do go out and play one a one-year franchise tag, if I do get hurt, do I end up in this position today, being with the New York Jets on a beautiful deal?”

I get why he say out last season,however,if you’re sitting out and don’t end up getting the kind of deal you wanted,it may not have been worth it. Hey,it looks like the guy is happy now in any case,so I guess that’s something,right?

I think the deal that surprised me the most was Earl Thomas going to Baltimore for four years at a value of $55 million. Thomas,29,had spent his entire nine-year career with the Seattle Seahawks,going to two straight Super Bowls and winning one.

Thomas had previously expressed a desire to play for the Dallas Cowboys and had done so for years. Even the 49ers were in play for the free agent free safety’s services. In the end,Thomas chose to sign in the Charm City on a Ravens team that just made the playoffs and have a young quarterback at the helm. They also have a history of great safeties playing there from Ed Reed to Eric Weddle,fans of this team have been spoiled with great play at that position and Thomas will most certainly continue that tradition.

It’s a really great move for the Ravens who were hoping to land Landon Collins and/or Tyrann Mathieu after releasing Weddle (now with the L.A. Rams),but honestly,they got the right guy who I think fits in with their defensive system and will have a big impact on a defense that’s always been traditionally very dominant. I see no reason why that won’t continue. 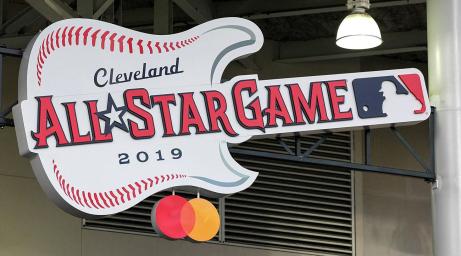 Finally this week,we all know that MLB commissioner Rob Manfred hasn’t made the greatest of changes to the game since taking over for Bud Selig,but he did make one change I absolutely like: All-Star voting getting its own Election Day.

Under the new plan, that fan vote will now be used to select three finalists at each position on the ballot. From there, the top-three vote-getters will be put on a ballot, with fans taking part in a final ‘Election Day’ to determine the All-Star Game starting lineups for both leagues.

As ESPN’s Jeff Passan explains it, “The parties see Election Day as an opportunity to better engage fans and bring more excitement to the All-Star voting process — and encourage an uptick in social media activity surrounding the game.”

I agree with this. In the past,we’ve had entire fanbases try and stuff ballot boxes to get their entire team’s starting lineup starting the game. This allows for a much fairer process and to me,it’s a better way to have starters decided and to let the fans be involved in the process. Otherwise,I would’ve been okay with the managers of each league decide since the fans couldn’t be trusted with the vote before. Now,I think this process gets better.

That’s all for this week’s Odds & Ends,until next time!

Welcome to the first ever Late Edition, a column I will publish late in the day/early evening that is usually that’s something on my mind,something I want to share,or something […]
Late Edition-What Coronavirus Was Like

Hello Fam, Well,it wasn’t the Super Bowl matchup I was hoping for,but it is the one we get and nonetheless,I am still looking forward to watching. Who will be the […]
T.J.’s Pigskin Picks-Super Bowl LV