The Fences Aren’t The Problem,It’s You! 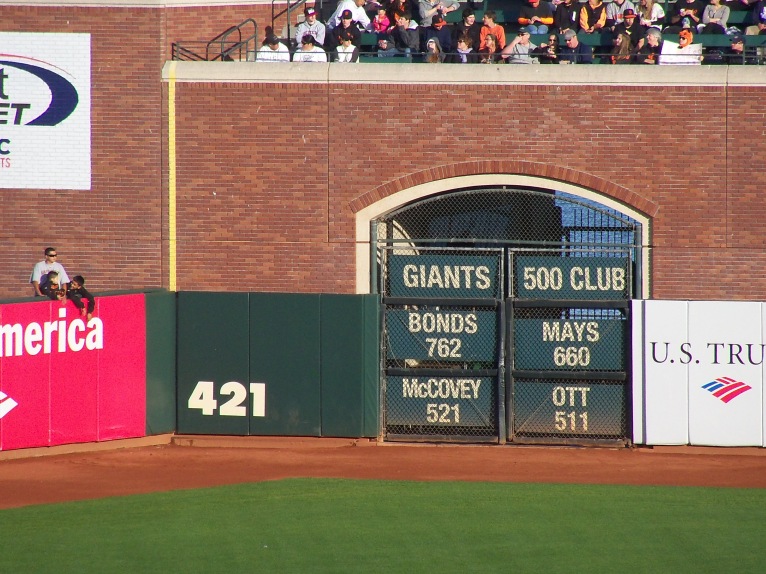 On Friday when speaking to kids at a youth baseball camp,San Francisco Giants shortstop Brandon Crawford was asked how big major league fields are.

His response was ,“They vary in size. Ours is one of the bigger ones, 421 feet to right-center, which should be changed.”

It’s well known that in many other ballparks,a ball going to right-center field, known as “Triples Alley”, is a home run in most ballparks. But not AT&T Park.

The ballpark has the fewest homeruns of any ballark this season with 71. Fenway Park and Petco Park in Boston and San Diego,respetively, are second and third on the list.

The cries from Crawford are nothing new, you can go back to the even the years when the team was winning the World Series and find fans and other people bitching that the Giants need to bring in the fences so the long ball can fly.

Here’s someone who doesn’t see it happening, one of your Giants telecasters. Take it away,Kruk!

I absolutely agree. Look,one of the charms of AT&T Park is it’s unconventional design. That design,still in place today,didn’t stop this team when they won three World Series this decade,did it? Sure,this roster wasn’t loaded with home run hitters. In fact,it still

Wil Myers seems to be okay with hitting in the current configuration of AT&T Park.

It’s not the ballpark’s problem that those hitters wearing road uniforms are mashing in your home yard,it’s a combination of three things, the current players on the team who can’t seem to be able to mash in a park that they’ve spent years playing in, the hitting coach being as terrible as he is,and the front office not getting players who can mash to play there.

I get it,in other parks most of your fly balls to right-center are home runs. But guess what? That’s just not AT&T Park. And by the way,most fans are against the idea. They like their team’s ballpark just the way it is. It’s fine for them. They’re not concerned over who is and isn’t able to hit a home run there, they just want to see their team win,which unfortunately doesn’t happen as much anymore.

Fortunately I don’t see the Giants caving on this issue anytime soon. I think what needs to happen is to get some sluggers to play on this team along with the great pitching they’re known for. You win twice in this instance. Oh,and get a better hitting coach. Bam Bum sucks!