Is it just me or is the All-Star break too long? 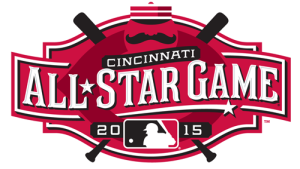 Last week,the All-Star festivities took place with the Celebrity Softball Game on Sunday,the Home Run Derby on Monday and the actual All-Star Game on Tuesday. Then Wednesday and Thursday we had absolutely nothing which means aside from the WNBA there isn’t much going on in sports which is peaking any of my interests.

I think the All-Star break should be shortened a little bit. I get that it’s a long season,but the extra days off have me longing for the game to come back in order to have something,anything to watch as far as sporting events go. I think bringing the games back on the Thursday of that week is fair enough. Stretching the break until Friday leaves fans starving if you ask me.

With the NBA and the NHL and their All-Star breaks,yes,they are just as long,but at least one sport or the other is still going on during that time. Baseball is basically the only thing going and when they go to break,there’s no alternative. I hope in the future MLB can get back to playing real ball sooner than they play exhibition ball. 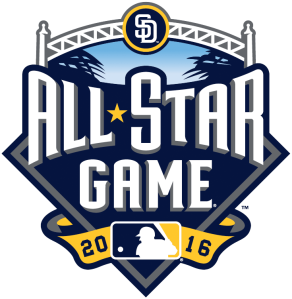 The 2016 All-Star Game will be held at San Diego’s Petco Park and the logo for the game was unveiled last week. It’s sky blue,navy blue and yellow and some are insisting that the Padres may be changing their color scheme yet again.

Really? Another color switch? You guys go through color schemes faster than I go through shoes. I’m serious! I think I have shoes that I got when you guys wore the sand-colored away uniforms.

I think the Padres need to pick a color scheme and stay with it. Changing your colors every five years isn’t going to get you any closer to a championship. How about I pick a color scheme for you? I think you guys should go back to the Taco Bell colors you had in the 70s and stay with those colors. Switching to the Chargers’ colors isn’t going to help fans with potentially losing them to Los Angeles,it’s going to make matters worse and you know it!

My surprise team of the first half of this baseball season has to be the Minnesota Twins. Before this season,could anyone outside of the Twin Cities name anybody on the team not named Joe Mauer? I doubt it. 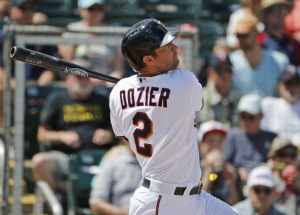 Brian Dozier and the Twins have had a surprise season

Former player Paul Molitor came in as manager in the offseason and it seems like a managerial change has done wonders for them. Brian Dozier became an All-Star for the first time in his career and is having an awesome season with 20 home runs and 51 RBIs as of press time. The pitching has come along better than it has in past seasons as well. Even fan favorite Torii Hunter is back with the team.

At 50-42,it’s hard to say if the Twins will make the playoffs. They are after all in the same division as the Royals and Tigers,the former of which I think will win the division,but you never know they just might have a sweet second half. 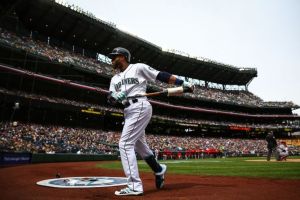 It hasn’t fared well for Robinson Cano and the Mariners so far this season.

My disappointing team of the first half is the Seattle Mariners. Many people picked this team to win the World Series or at best make some noise in the playoffs. At 42-50 the M’s hardly look like a playoff contender despite having talented players like Robinson Cano,Nelson Cruz,Felix Hernandez and Austin Jackson on the roster. I thought it would be between the Angels and the Mariners for the division crown, but the Houston Astros had a strong first half and may vie for the division title with the Angels instead.

I thought after last season Seattle was on the brink of having a great season and it looks like baseball fans in the Emerald City will be waiting another year for their team to be back playing in October. Maybe a managerial change could be in order to get this team chocked full of talent playing to their potential,or they may even make a comeback in the second half. Either way,they’re my biggest disappointment of the first half.

Brandon Davidson is one of those guys who I’m definitely rooting for to succeed this upcoming NHL season and it’s easy to see why. 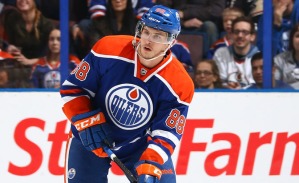 The fourth year pro,23, signed a one-year extension to stay with the Edmonton Oilers and wear No. 88. He has overcome a lot to get to where he is now. From playing in the midget leagues to getting picked in the sixth round after being a walk-on in juniors to battling and beating testicular cancer, Davidson has an opportunity to prove himself once more in Edmonton.

Davidson has made himself known as a defensive force on the NHL level,using his size to box out opponents,deliver nasty hits on the boards,and fill the shooting lanes. It remains to be seen where he fits in on the Oilers’ already talented roster,but it’s nice to see a guy like Davidson get a chance like this. Good luck,kid!

While the world awaits word on the fate of Tom Brady’s appeal with his four-game suspension. I have a prediction: He isn’t gonna miss a game! 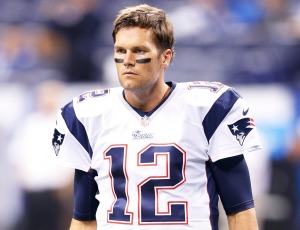 Why you ask? Because I don’t think the league did a thorough enough of an investigation with Deflategate. The Wells report to me was very spotty. They concluded that is was “more probable than not” that the Pats had something to do with it and that the locker room attendants implicated had something to do it.

More probable than not? What’s that supposed to mean? Either they did it didn’t. This sounds pretty vague to me.

Also, if this happened in the first half,why is it such a big deal? The Patriots were only ahead by three in that game. They won it by 38 with balls that weren’t deflated. I’m glad we found the real problem here when in fact the real reason the Patriots won that game is because the Colts couldn’t tackle anybody. You can blame the air pressure in the balls all you want,but in reality,the Colts lost because they couldn’t stop the Patriots’ offense.

But that’s not why I think Brady won’t miss a game. He won’t miss a game because he spent the entire 10-hour duration of his case for appeal stating why he shouldn’t be punished. From what I’ve heard,it’s a convincing case. You don’t spend that much time defending yourself if you don’t think you were unfairly punished and even unfairly implicated. I’m not saying h had nothing to do with it,but I’m saying he was unfairly punished. Also,if it’s taking this long for Roger Goodell to make a decision regarding the case, he must really be thinking about reducing it or eliminating punishment altogether. I’m predicting the latter happens.

Also,if we’re talking about quarterbacks who don’t mind altering the football,why is no one talking about Aaron Rodgers liking the ball over-inflated? Why is that not okay? I’m not picking on Rodgers or the Packers,I’m just saying that this is something to think about.

Speaking of the Packers,their fans are proof that it’s okay to return home again and that time does really heal all wounds as they honored legendary quarterback Brett Favre as he was inducted into the team’s Hall of Fame over the weekend.

Favre,45,retired in 2011 but left Green Bay in 2008 via trade to the New York Jets after what could be described as a messy exit. Favre had retired prior to the season and later had a change of heart. The team,however,had moved onto

Aaron Rodgers and dealt Favre. After the 2008 season,he retired again and unretired and joined the Minnesota Vikings,much to the dismay of Packers fans,who jeered his joining the team’s hated rival. Fans held signs that showed their disgust with Favre,one even read “We’ll never forget you,Brent!” 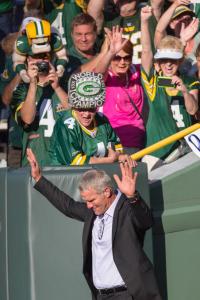 All of this is now water under the bridge as fans cheered when Favre entered Lambeau Field on Saturday to be enshrined in the Packers Hall of Fame. The event sold out in a matter of hours,which goes to show you the devotion of their fans and their willingness to welcome back a man who is arguably the greatest man to ever play for this team.

“It really says a lot about the whole situation,” Favre said. “If there were ever any doubts prior to the tickets going on sale, they’re not anymore. And what a way to show that you’re welcomed back into the family. Just what an honor. And I’ll be honest with you, I mean no disrespect by this, I am more honored by that than by the Hall of Fame induction in itself. I think that is such a tribute to the fans, and that’s why Green Bay is Green Bay. Simple as that.”

Favre’s No. 4 was also retired and he is,to my surprise,one of a few Packers to get this honor. Only Tony Donateo,Don Hutson,Bart Starr,Ray Nitschke,and Reggie White got their numbers retired before Favre. That’s quite an exclusive list!
Favre will no doubt be enshrined in Canton very soon and you can be sure that a sea of green and gold will be there to see that happen and it’s all because of one word: forgiveness.