T.J. the Sports Geek’s Rules for Being a Sports Fan (Our 400th Entry!)

Welcome to our 400th entry and the birth of tjthesportsgeek.com. The old URL directs here,so it is still easy to get here. I thought about it and for our big 400th entry and I thought I would post my rules for being a sports fan. These may not be rules you live by,but they are ones I try to follow,maybe you should,too! So here we go!

T.J. the Sports Geek’s Rules for Being a Sports Fan

1. If you live in an area with major sports teams, it is strongly encouraged that you root for those teams. If for some reason it is too tough for you to root for those teams (terrible ownership, continued underperformance of the players, the negative way fans act,etc.), then rooting for another team outside your area is OK by me since I am a Patriots fan living in California and I can’t stand the ownership groups in both San Francisco and Oakland,not to mention negative fan behavior between those two franchises is at an all time high. Sometimes a team in your area just doesn’t appeal to you,and that’s fine. It’s kinda like when you meet a hot girl you want to date that lives 450 miles away, if a team is that worth it to you,go for it!

You are not allowed to own this hat,Bay Area baseball fans. EVER!!! Life isn’t fair.

2. If you live in an area with multiple teams of the same sport, you can only choose one. No being a 49ers and a Raiders fan or a Giants and an A’s fan. You can’t have it both ways. Life isn’t fair. What if both of those teams meet up in a championship game? Who do you root for? You’re screwed! Don’t be screwed! Just pick one team. Also not allowed is liking different teams at a time, got that, Justin Bieber?

3. If you are a fan of a team, that’s your team. You can’t root for other teams when you move to another city. If you moved from Baltimore to Denver, you are still a Baltimore Orioles fan, you cannot be a Colorado Rockies fan. Also not allowed is having a favorite team in each conference. You can’t have an AFC team and an NFC team or an AL team and an NL team. It doesn’t work like that. Again,life isn’t fair.

4. If your team did not make the postseason, you cannot root for a team that’s in the playoffs and call yourself a fan of that team (Example: You’re a Calgary Flames fan and you say you’re a fan of the Pittsburgh Penguins come playoff time). Just because your team sucks doesn’t give you license to do this. This is called being a bandwagon fan and these fans give the diehard fans a bad name. You can pick teams to win and bet on them, but buying their jersey because they made the playoffs is a big no-no.

5. You cannot under any circumstances buy apparel of other sports teams simply because you like it better. If you are a San Francisco Giants fan, you must always wear Giants hats. You may NEVER wear a hat of another team, especially if it’s an A’s hat or a Dodgers hat. I like the Washington Nationals’ hat insignia, but I will never be caught dead in their hat. Also, don’t wear hats with colors that aren’t team colors or were never worn by the team (the 4th of July MLB hats are fine because they were worn on the field), the Oakland A’s have never worn purple in their team history, don’t wear a purple A’s hat.

6. You may not wear any other team’s apparel unless you lost some stupid bet you made where you have to wear the other team’s colors because your team lost to them. Those bets,by the way,are idiotic, so don’t get yourself into them unless you’re damn sure your team will win.

7. If you attend a game, you are not allowed to bring a book, Kindle, or use your iPad. You are there to watch a game, not study. That’s what libraries are for. 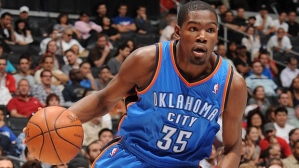 8. If another team moved into your area and you already have a favorite team, you cannot be a fan of the team that just moved to town. Just because they changed geography doesn’t mean you’re obligated to root for them. (Example: You’re a San Diego Chargers fan living in Los Angeles and the Jaguars decide to move there, you’re still a Chargers fan!)

9. You must have at least one item of your team’s apparel and wear it regularly. You’re not a real fan if you don’t own their laundry.

10. If your sports team bails to another town on you, you are free to no longer root for that team. For example, the Seattle SuperSonics moving to Oklahoma City in 2008. They’re the ones changing scenery, not you. You are free to choose any team you want to root for, but you must continue rooting for them. Take all the time you need to do this.

Giants fans are ineligible to gripe about their team until 2017 at the earliest.

11. If your favorite team has just won a championship recently, they get a five year grace period. No complaining about how bad they’re playing now, you’ve had it good recently,Giants fans, no more peeps about how bad the pitching is or how anemic the offense gets at times.

12. If you are in a relationship with someone who roots for a different team than you do, you are not allowed to switch allegiances (For example, your boyfriend is a Philadelphia Phillies fan and you root for the San Francisco Giants). This happens way too much and the reason it bothers me is because this prevents us a society (and sports society) from accepting each other’s differences. Being different is what makes each one of us as individuals great.

This is not the definition of Winning With Class

13. Dont riot after your team either wins or loses a championship series. It makes you look like an asshole and makes the city you live in look bad. Giants fans in 2012, you know better. But nobody looked worse than you,Vancouver,following the 2011 Stanley Cup Finals, way to make Oakland look like charm school. You can celebrate your team’s win,but do it responsibly,and with class.

14. If a fan who roots for the visiting team comes into your home stadium it does not give you license to throw shit at them. You can boo them, but that’s about all you can do to them. They are fans, much like yourselves, who want to enjoy the game just as much as you do. So don’t be a dick and throw rocks at them. It makes you and your team’s entire fan base look bad.

15. If your team beat a buddy’s team in the playoffs, don’t rub it in. Don’t call or text and say “In your face! ” or the like, the same rule applies to social media. It’s mean and classless. Again, win with class!

16. Personalized player jerseys, I am actually okay with that. Look, players come and go on teams faster than I go through shoes. Why spend $75-$100 on a player’s jersey if he is only there for one year? Why not put your name on the same jersey for a little bit more? It will last longer and you’ll wear it more than the player who’s jersey you would have bought would ever do so. It’s economical!

17. Fantasy sports are cool to participate in, but if it is beyond football, I am not interested. The beauty of fantasy football is that I can play week to week and see how well I do and prepare for the game as the week goes on. Fantasy sports with daily games are hard to keep up with if you’re as busy as me these days. The only thing I can say about this is that you should not root for someone because they are on your team. Also, no being happy about one of your players doing well against your favorite team. Just accept their results, whether good or bad, and move on to the next game!

18. It is okay to like the minor league teams that are affiliated with your team and vise versa. For example, if you are an Edmonton Oilers fan, you can root for the Stockton Thunder as well because their players will one day end up on the big league club. And the same is flipped around for Thunder fans if they want to root for the Oilers. You can also be a fan of the minor league club and not the major league club (Example: Rooting for the Sacramento RiverCats and being a San Francisco Giants fan).

That is all I have so far. Did I leave anything out?