Last year the title of my last column of the year was 2012: Something Good is Brewing and it was titled that with a lot of blind faith. I 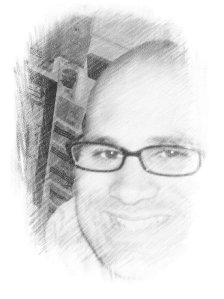 had no idea that this was a year that was full of change.

The first thing that changed was my age range. My 20s would end in Mid-February as I began my 30s and my birthday was one I will always remember. I had 25 of my friends with me that night just to spend time with me and to have a good time. It was one of those nights that was special to me that I will always remember.

While there were happy times this year, there were also times that made me think about my own life and where it was headed. During the month of August, I had decided to withdraw from basically everyone in my life save for a few family members to really figure things out because I just wasn’t happy with anything that was going on in my life. Whether it be my job that I didn’t like or friends cancelling plans on me or something else that was going wrong, I just had enough. There were so many things I considered to bring some happiness back into my life, even moving to Southern California.

I spent a lot of time just being alone not really wanting to see anyone and concentrating on making things right again so that whatever was working before my life went to shit could be back in the puzzle again. Sometimes in order to put your life together again you have to take it apart even more to see which pieces fit and which ones don’t.

Slowly but surely my life has improved since then. I’ve been appearing on college radio with my best friend every week (when I’m able to make it) and I’m beginning a new chapter in my own life in the Masonic world. I had a couple of job interviews and one of them lead me to a much better job than the one I came from. I am very thankful that another employer decided to take a chance on me when I thought nobody else ever would. I want to do the best job I possibly can and not let them down. I feel like my life was rejuvenated at a time when it was desperately needed.

I still have further to go before I’m right where I want to be but I know I am going to get there soon enough. I’ve got my wonderful family and friends all over the place who are supporting me through everything and I’m doing my best to enjoy every day. I hope all of you do,too!